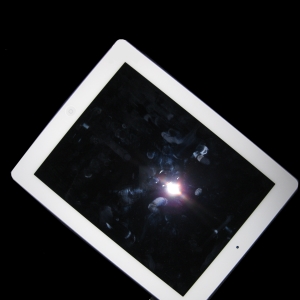 There are two problems with free games on the iPhone / iPad; one is the continuous barrage of adverts you are subjected to between levels (and sometimes within levels), the other is the way that in some games you cannot progress beyond a certain level without shelling out. 4 Pics 1 Word is a typical example of this. The game itself is rather dull and too easy – you have 4 pictures and you have to guess a word. It would pass the time if you were waiting for a bus, but then so would watching paint dry. I am 278 words into the game, and still wondering if it is going to get any harder. It probably won’t and for me it is now more a study in how desperate the adverts can get than a game. Pic Combo from the same software house is more interesting and does seem to be getter harder (I am stuck on level 5 at present), but is still characterised by an annoyance (that’s the collective term if you didn’t know) of adverts. In the game you get two pictures which combine to form one word and is somewhat humourous and entertaining.

Candy Crush Saga, while containing ad’s is guilty on my second point – you seem to have to buy your way out of trouble with a level by purchasing power-ups or alternatively prostituting yourself on Facebook to progress. This is disappointing because for drop-down puzzlers it is quite a good game. The same observations also apply to Bubble Witch Saga amongst others. However, the obvious challenge here is that I refuse to pay for games on the iPad. Maybe if I paid I wouldn’t get so many adverts?

Even so, there is an exception to this – SongPop Free is not only an enjoyable free music quiz game that you can easily play with friends without linking up to Facebook (which I pointedly refuse to do) it also doesn’t seem to have any pay-to-progress barriers. The coinage you earn by playing the game is enough for you to buy new song collections and as you progress through the collections you unlock more songs. Of course you can pay money and get a VIP service and more in-game currency to buy more song collections, but you don’t need to. The challenge system is simple and addictive and player-matching ensures you don’t get totally out-classed by long-term players. The only drawback I can think of is that there doesn’t appear to be a single-player option, but I don’t see how they could do it (maybe a time challenge?).