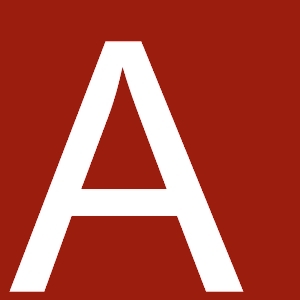 It’s on again. For the fourth time I think. I am going to listen to my CDs as they are arranged – alphabetically by album artist (and then chronologically) of course – is there any other way? The rules are reasonably simple:

I must listen to all CDs in my main collection in alphabetical order and only skip albums if all the songs on the album are already featured on previous albums (i.e. I can avoid greatest Hits compilations). The other sneaky bit is the use of the words ‘main collection’ – this refers to the premium stock; not the dubious stuff in the back room, and definitely not the stuff in the box in the loft or the copies and iTunes burns I do for the car. I won’t say how many CDs I have in my main collection, but suffice to say it will be a miracle if I get to ‘Z’ by November. Especially if I do what I did last time and buy extra albums to listen to because I decide I really like a particular group all of a sudden (what happened with U2) or I am missing some albums (what happened with Ash). Two more rules: no skipping tracks (apart from tiresome ‘hidden tracks’ e.g. the ridiculous vomiting episode on Ash 1977) no matter how crap, and no iTunes involvement. I can listen to what I want on iTunes. The CD marathon is strictly for the real physical discs and a decent pair of speakers. If I included iTunes I’d be another year!

So A. A is for Abba, AC/DC, A Camp, Aerosmith, Christina Aguilera (I am a bit sloppy with the old last name or first name conundrum – I’m really not that OCD to give much of a hoot about that level of ‘granularity’), Air, The Arctic Monkeys, Art of Noise, Ash, Audio Bullys, Audioslave, and Avenged Sevenfold. I think for the purposes of the blog I will highlight my faves from each letraset (yes I said letraset, sue me) and also some of the gripes as well. Today I’ll get my only gripe out of the way straight away. Clear the air… Aerosmith’s Anthology Young Lust does not feature Back in the Saddle! WTF! That’s it, moving on…

So of my A’s Abba Gold I think has to be the clear winner. Why? Because it is a brilliant collection of perfect sing-a-long pop and it reminds me of when I was in single digits singing along to my dad’s tapes – my first memory of music apart from hearing my Grandad play on his Hammond. Wonderful. Air Moon Safari is next – it is brilliantly atmospheric and All I Need still gives me a lump in the throat. Next is The Arctic Monkey’s Whatever People Say I Am, that’s What I’m Not – love the accent, the gritty sentiment, the energy and the humour in the songs. Daft by the Art of Noise is next in the list – this is a highly influential experimental album (e.g. the Prodigy list AON as a big influence) featuring the classics Beat Box and Close (To The Edit) – it also features various versions of Moments in Love, but I’m not a big fan. Anne Dudley is a complete legend and deservedly went onto to big things like movie soundtracks etc. Ash 1977 is worth a mention if only because there’s that connection to Star Wars and it features the brilliant singles Kung Fu, Girl From Mars, Angel Interceptor and Goldfinger. There are some bands that never do anything better than their debut and I think Ash might have fallen into the category if not for the brilliant Meltdown album. Coincidentally they released two albums called A to Z volume 1 and 2 – the result of a Wedding Present style ‘release a single every month’ marketing strategy. It’s a mixed bag. Finally is Stripped by Christina Aguilera which contains some crapola but does have some gems hidden amongst the coals; Fighter and Beautiful being the obvious stand out tracks.