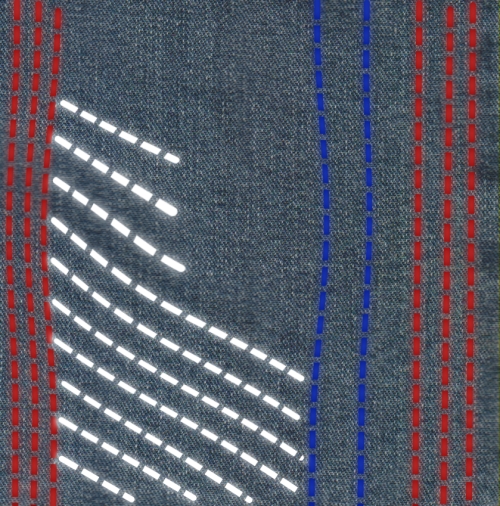 Nottingham Castle has very little to offer the repeat visitor and at £5.50 the admission charge for an adult seems as steep as the road up to the main entrance. The permanent collection has some gems, but they fight to compete for attention amongst the clutter of other lesser paintings, the historic stuff is interesting once and the same applies to the clothing displays and the ‘history of Nottingham’. All very well for the tourists ripe for the milking who leave with their distended cash udders unburdened of their coin but happily wearing their jaunty Robin Hood caps (despite the fact they are the wrong colour). Honestly I saw it on QI it must be true.

There is one exception that can deliver some much-needed novelty to the repeat visitor and that is delivered in form of the castle’s imaginatively entitled ‘temporary exhibition space’ in which I have seen quite a few interesting bits of contemporary art in past few years.

After a brief picnic (if a Boots Meal Deal can carry such a powerfully loaded moniker) on the castle lawn we wandered into the castle (I say ‘castle’ it’s more a stone box with stairs – I’m from Wales, I know what a real castle looks like) wondering whether the art therein would be ‘hit’ or ‘miss’. They are great stairs mind, none of that silly spiral stuff in Notts, that lead up to the temporary exhibition space.

Inside the space, which just seems to ache to be filled with something of artful girth, we found the work of two textile artists, Polly Binns and Anne Morell.

Polly Binns’s work is described as post-minimalist and more information can be found here: http://modernistaesthetic.blogspot.co.uk/2011/09/polly-binns.html. The selection on show looked like pale badly ironed, badly cut sheets of canvas with forlorn stitching which no amount of description and hyperbole could make me like. Despite the influence of her memories of the Norfolk coastline I wonder what the blandness really says to the observer.

I found more delight in the neatly mowed lawn of the castle. Does this make the castle grounds-keeper a better artist than Binns? Perhaps if the lawn was presented as an art installation and the gardener had used nail scissors to cut each individual blade of grass or had attended Art College. Perhaps he/she had? Not all art students can possibly carry on with their artistry in the ‘real world’?

Of course this begs the eternal question, what is art? Obviously Binns’s work is art, because it engendered a reaction and opinion from me, and that’s all some definitionists require to call something art. I won’t repeat what a fellow visitor said about it. I’m not sure that reaction/opinion really works as an identifier. If I did a big jobbie in the toilet at work and didn’t flush it, it would certainly garner a reaction from visitors to the cubicle and they would form some opinions. Does that make me an artist? I think not. Greater minds than mine have struggled with this question for years, so I’ll move on.

I found Anne Morrell’s work in comparison to Binns’s much more engaging and interesting. My eyes were immediately drawn away from the chronic chromatic blankness of Binns’s canvas sheets to the colour and stitched intricacies of Morrel’s taught and stretched cloth. In a similar way to Binns she is transferring the lines and marks visible in the sky, snow, ice and earth into her works, but it is her use of colour on the cloth and in the thread she uses that excite the imagination and make her work visually tactile. There is also the effect of puckering which occurs in the stretched cloth, which is deliberate and used to engaging effect.

Anyway that’s what I thought. The image featured here is a quick ‘take’ on Morrel’s work using Paint.Net and in no way intended to be representative of her work. I am not a big fan of textiles, but for once I found some enjoyment in the experience. Either that or the capsaicin in the chilli beef crisps I had as part of my Meal Deal were stimulating my synapses.

I would have provided a useful URL for Morrell, but she seems as elusive as Sarah Connor on the old Googlenator.

Can I recommend you go and have a look? Yes I guess so. If you haven’t been to the box with stairs for a while and it’s a nice day then why not. It is child-friendly and there’s probably a family discount available. Take a picnic. The view on a clear day is great and there’s some good pubs nearby.