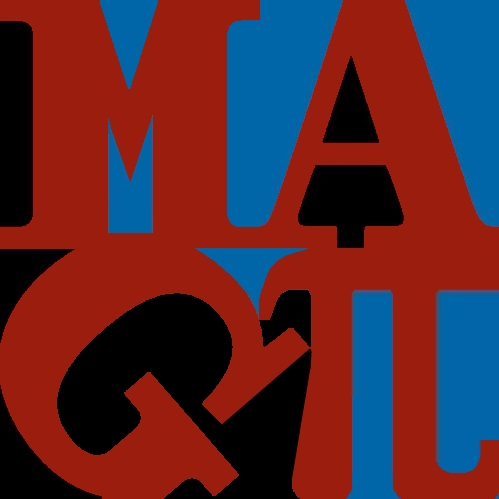 I thought I would include my thoughts on this promotional film (or set of 5 x 15min webisodes) which preceded the release of the game Halo 4, which is now available on DVD and Blu-ray.

Having just finished playing Halo 4, I was interested in the storyline and came across this set of 5 live action webisodes on YouTube (which can in fact be viewed as one film). I recall seeing some live action footage prior to the release of Halo 3 (or perhaps ODST) and I was impressed by the quality of the production and the novelty of seeing stuff from the games in ‘real life’.

Forward Unto Dawn is a slow-burner, with little action in the first two episodes which concentrate on building the characters of the young UNCC cadets. This was very reminiscent of Starship Troopers, and there are the usual tropisms.

The pre-title sequences concern the AI Cortana and the cryogenically frozen Master Chief and picks up where they were left at the end of Halo 3. Cortana is arguing with herself and showing the first signs of rampancy which is a major plot point in Halo 4. At the start of episode 5 we see the drifting ship being scanned by the Didact and Cortana’s decision to wake up the MC. Also at the end of Episode 5 we are reminded that all the episodes have been a flashback by – Lasky who is now commander of the UNCC Eternity. The fate of the Eternity is another major plot point in Halo 4; so the episodes act as a very good lead into the game.

In the last three episodes the series gets more interesting. One of the cadets has been slowly decrypting a classified recording of an attack where the UNCC and those fighting for independence against them appear to have joined forces to fight a  common enemy. At the end of the clip there is also a quick shot of the face mask of a Spartan. The cadets are unaware of the Spartan program and so are curious as to the soldiers size and appearance in the fire-fight. Moreover they see a reflection of a Covenant elite in the Spartan’s facemask along with the distinction shape of an energy sword.

Covenant forces attack the cadets’ training centre and mayhem ensues. ODST troops are dropped in to fight the, at first, unseen enemy. After the attack only a few cadets are left alive and are stalked by a Covenant elite using cloaking armour. MC turns up (at which point I remembered this was a flashback) and deals with the bogeyman. There then follows some nice looking fire-fights between partially obscured Covenant forces (including very nice needler action), a few more deaths, and a race in a Warthog to a Pelican LZ. MC fights a couple of well-animated Hunters and the few remaining cadets get to meet two other Spartans who take their helmets off revealing very odd old/young-looking faces. MC of course keeps his hat on.

A Good Day to Die Hard

I initially watched the theatrical version of this instalment of Willis’s cash-cow franchise on DVD and thought it was better than Die Hard 4.0. I was somewhat disappointed by its short length (TWSS) and so revisited it on Blu-ray in the ‘Extended Harder Cut’ (more of which later).

One thing I think that makes it more enjoyable than 4.0 (apart from them keeping the long title, unlike last time where it was called Live Free or Die Hard in the USA and metamorphosed into Die Hard 4.0 over here) is that the plot is simpler and dare I say it more believable. Okay, I will freely concede that each step of the plot was easily guessed and that it was pretty generically written, but it made a good buddy action movie nonetheless.

The action in the theatrical version delivered some great eye-candy in terms of explosions and car wrecks which took your mind off some of the dialogue. I was also happy that John McClane got to say his yippie ki-yay catchphrase without it being obscured by a gunshot bleep machine like in 4.0 (that left me wanting to punch whatever movie exec had made that decision – probably the same numb-nuts who wanted the title changed).

I expected that the ‘harder extreme cut’ will be more visceral and would deliver more punch. I watched it a week or so after the theatrical version.

The cut has one obvious marked difference from the theatrical version in that McClane’s daughter Lucy (Mary Elizabeth Winstead) is removed from the story. We don’t see or hear her dropping off her dad at the airport, she does not call him to see how things are going when he’s in the middle of the Moscow car chase, and she does not meet him and her brother (Jai Courtney) off the plane in America at the end of the film. For me this was a curious decision and the film loses some narrative value in the edit.

Instead Missy McClane is replaced by more (unnecessary) dialogue between father and son and a little more action. It was mostly hard to spot where the action had been tweaked. The running time of the cut is only 6 minutes longer than the theatrical version, so it’s still a short film and I just don’t get why they cut McClane’s daughter out.

The extras on the Blu-ray are quite interesting; especially in relation to the green screen techniques used for some of the more difficult action shots and making Budapest look like Moscow.

On the whole I still think it was a better film than Die Hard 4.0, but I prefer the theatrical cut. The only other time I can recall this preference was with Donnie Darko where I found the director’s cut explained far too much of the plot and removed some of the mystery from the story.

Tintin is a triumphant demonstration of what performance capture systems can deliver, and what happens when some of Britain’s best talent work in Hollywood. The English writing team of Edgar Wright (known for Shaun of the Dead and Hot Fuzz) Joe Cornish (who wrote Attack the Block and was one half of Adam and Joe), and Dr Who and Sherlock maestro Steve Moffat amalgamated two (and a bit) Hergé stories into one great fast-paced and entertaining script. The cinematic sensibilities of Spielberg and Peter Jackson and the musical score by John Williams elevate this animated tale beyond anything I have seen before. I was relieved that they have been true to the source material at pretty much every turn and blown away by the graphics.

The cast is also superb. Who would have guessed that Daniel Craig would make such a good bad guy (if that’s not an oxymoron then I don’t know what is). Andy Serkis is excellent as Captain Haddock and Simon Pegg and Nick Frost do a good turn as Thompson and Thomson. If there’s one thing I learned from watching the excellent extras on this Blu-ray it was that they are not the Thompson Twins as I always thought.

This is Spielberg back in Raiders of the Lost Ark form and WETA has worked magic with the capture system first used on the film Avatar, but never before used for a fully animated feature. I wasn’t a big Tintin fan before I saw this film, and thought on seeing the trailer when it was released theatrically ‘why don’t they just do it with proper actors?’ Now I understand. It really captures the spirit of Hergé’s cartoons, and should not have been done in any other way than animation.

Anton Corbijn directed this film so as you would expect it a stylish job with lots of silhouettes and interesting shot choices. He is best known, at least in my house, for his moody black and white Depeche Mode and U2 videos. His previous film was Control based on the life of Ian Curtis from Joy Division, which is also worth a gander.

In The American George Clooney plays Jack; a hitman who is also good at making weapons for other assassins. He is getting old and wants to get out of the business, so when he is asked to make a bespoke weapon for a female assassin (Thekla Reuten) he tells his boss that this is his last job. This is after he has been involved with a bungled attempt on his life which leaves his girlfriend dead in the snow of Sweden and he has gone into hiding in the picturesque Italian village of Santo Stefano di Sessanio, 95 miles east of Rome.

This film was enjoyable in a laid-back kind of way (compared to Die hard let’s say) until the end when the boss man decided to turn up in (NAME) for no explicable reason it seems other than to get shot, even though Jack then dies. There was a cringe-worthy clichéd scene where a previously shown (and badly CG animated) endangered butterfly flies out of shot representing Clooney’s departing soul (very much the same as the ascension of the dove in Bladerunner). This is not an action film as such, more a story of a man in hiding and at the end of his prime who finds that he is caught in a moment and he can’t get out of it.

Rage Against the Machine

This DVD is a collection of the RATM’s best known tracks up to 1997 performed live at Parry Irvine in California ’97 (The Ghost of Tom Joad – later released on the Renegades album/Vietnow), MTV Rock Am Ring Festival ’96 (People of the Sun/Bulls on Parade/Bullet in the Head/Zapata’s Blood (short)) Reading Festival ’96 (Know Your Enemy/Bombtrack/Tire Me) and Pink Pop Festival ’94 (Killing in the Name/Freedom (not listed on the back of the DVD)) with a brilliant introduction from the organiser – an old granny who likes to rock.

Also included are videos for Killing in the Name, Bullet in the Head, Freedom, Bulls on Parade, Memory of the Dead (Land and Liberty) – a poem, and People of the Sun. There is also an isolated track of The Ghost of Tom Joad which was originally a Bruce Springsteen track that, in true X Factor style, they had made their own.

There is about 78 minutes of stuff to watch. The sound quality on the video is generally very good considering its age – being mastered in DD 5.1 Surround Sound. The footage is rough at times and suffers from the fashion of scuzzing up video footage to make it look like damaged film. The performances are high-powered and transported me back to the 90’s when I used to have the vim and vigour to ‘dance’ to this kind of stuff quite regularly down at the Student’s Union.

I picked it up for a couple of quid from Sue Ryder and it was worth every penny. I only wish RATM had stayed together longer and made more radical tracks than they did; the combination of angry rap, excellent guitar riffs and a political message hit the nail right on the head with a massive sledgehammer for me and I remember the first time I heard their peerless first album in a listening booth in an indie record shop in Leicester with fondness. There’s nothing like the picture of a burning monk on the cover to grab your attention! I was also thrilled to hear ‘Wake Up’ on the end of The Matrix, and ‘Calm Like a Bomb’ on Matrix Reloaded. Why oh why they didn’t get the gig for Matrix Revolutions lord only knows. Perhaps the band saw Reloaded and refused to do it?