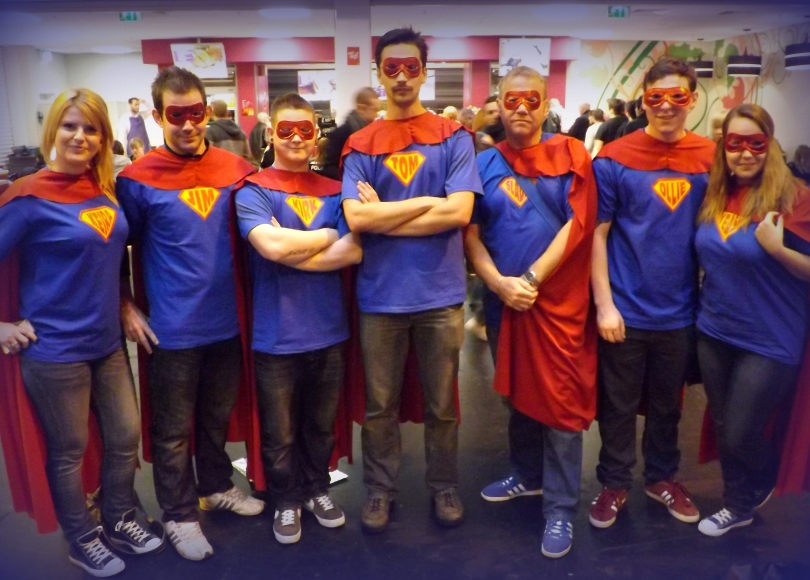 It seems like a long time between posts and I guess it is. I have a variety of excuses, none of which you’ll want to hear so I’ll just knuckle down and share my thoughts on a few films I have seen over the festive period. Hopefully this post is a Spoiler Free zone (unless of course you didn’t know that Superman’s home planet gets destroyed).

I’ll get The Lone Ranger out of the way first. I understand that this film bombed at the cinema. Some viewed it as a remake too far, others as Depp over-reaching his character acting. I think people need to put this into perspective and the fact it was being marketed as being from the people who brought us Pirates of the Caribbean should have been a blindly obvious measure of what a viewer would be subjected to.

I have to say, as a bit of light entertainment (aimed at kids), I quite enjoyed it. Johnny Depp’s portrayal of Tonto stole the show and the character appears to pull the strings for most of the film. His resemblance to Captain Jack Sparrow with a dead bird stuck on his head was unfortunate but unavoidable. The idea of a white guy playing a Native American is a little non-PC in this day and age, but who better to do it? – of course Depp aficionados will point out that he has ‘previous’ – I am referring to his mediocre outing in ‘The Brave’.

The Lone Ranger was a little too long and fell down when Depp was not on screen. The writers tried to shoe-horn too many themes into the one vehicle – like elephants in a Mini, and the piece of screenplay-101 writing around a single silver bullet is woeful. The film works best when it is being a comedy and less so when it is attempting to educate us about the role of the White Man in wiping out the indigenous population of America. There’s nothing really funny about that. I applaud the attempt to provide some educational element to a kid’s film, but at the end of the day the topic is probably best left to serious films like Last Of The Mohicans, or Dances With Wolves.

So onto a film or films that were too short; because they were presented together as the Grindhouse presentation in a joint project by Robert Rodriguez and Quentin Tarantino. I am speaking of course of Planet Terror and Death Proof. One is an out-and-out horror reminiscent of John Carpenter and probably is just the right length – I find zombie films drag on too long and the ‘missing reel’ insert was a relief in some respects. I cannot say the same for the edit of Death Proof, a car chase / revenge movie starring the excellent Zoe Bell as herself (stunt double for Uma Thurman in Kill Bill amongst other things).

The problem with the Grindhouse cut of Death Proof is that I know damn well there is stuff in the film that was cut out (regardless of the ‘missing reel’ for Stuntman Mike’s lap dance) because I have previously seen the stand-alone ‘extended’ version. I couldn’t care less about the lap dance, but a lot of quality Tarantino dialogue is missing and I’m sure the car chase is missing a few moments also.

I loved the Grindhouse idea but just wish the double-feature styling did not extend to horrible edits. In terms of performances Zoe Bell stands out head and shoulders above the rest of the cast especially because it was her first proper acting role (she is so natural on camera it is a breath of fresh air) and she of course does all her own stunts.

Kurt Russell also does an excellent turn as the very twisted bad guy Stuntman Mike. It was also nice to see the sheriff character (and his son) from From Dusk ‘Til Dawn (and Kill Bill) appear in both features. Rose McGowan is excellent in Planet Terror and also does a good turn with blonde hair in Death Proof.

I watched Hangover Part 3 yesterday with a hangover. This third and final instalment of the at times hilarious comedy franchise was a perfect length and sees the Wolf Pack return to Las Vegas – a fitting location for the grand finale. I was a little disappointed if the truth be told. Ken Jeong is excellent as crazy Mr Chow but I felt like the rest of the cast were dialling it in. The predicaments the characters find themselves in aren’t really particularly funny and I found that I didn’t really care what happened to them. Perhaps my attitude was tainted somewhat by my headache.

My favourite scene was between Alan (Zach Galifianakis) and the female owner of a pawn shop in Vegas which was very funny in a subtle way I wouldn’t normally associate with this franchise. Apart from that and the end scene featuring Stu (Ed Helms) the dentist’s latest body shock, I was glad it ended quickly.

I have been holding out to see Man of Steel when it came out on Blu-ray since missing the film at the cinema and somebody telling me that the second half of the film was one big extended fight scene. I have to say that in comparison to The Dark Knight trilogy (awful in-mask dialogue aside) I wasn’t particularly blown away by this Superman reboot.

I’m not so much of a fan that I got upset with the tweaking of the mythos (Krypton doesn’t get destroyed in its sun’s explosion for instance) but I didn’t think the film really added any extra value to the Superman story. It has all been done before. True, this is the best Superman film ever made but it has so much other previous material in its path that it has to climb over. Hopefully the sequel will be more original now they’ve got the origin story out of the way.

I liked the fact that the film didn’t dwell too long on the Smallville childhood of the hero and instead used short flashbacks to round the story off, and I also liked the fact that we got a full-on sci-fi look at Krypton before everything goes tits up and baby-El is put in his intergalactic rocket-pram. In fact there’s not much not to like; I just can’t get overly excited by the whole shebang. I spotted some nice references to Lex Luther too which will help repeat viewings once the inevitable trilogy is complete. I hope Batman versus Superman has the same amount of quality as Man of Steel and the Dark Knight trilogy. I am a far bigger fan of Batman than I have ever been or ever will be of Superman and so it will be very interesting to see this film finally get made after so much talk.

Finally onto my surprise winner of the “Best Film I Saw Over Christmas” award which was unsurprisingly the top grossing film of last year and that is Iron Man 3. By the time part three of a series comes around (and especially if you didn’t think much of number two) you expect it to be a little lacking (see Hangover part 3 above), but oh no, not in this case.

The main consistent feature of the Iron Man films is the level of humour in the script and I found myself laughing out loud on more than one occasion while watching number 3. Humour is something that is distinctly lacking in Man of Steel and it is less of a film because of this.

I was impressed by Ben Kingsley’s acting and how his character was written. Usually I try to avoid thinking too much about Ben Kingsley’s performances, and I will be nice and leave it at that. Suffice to say he is really surprisingly good in this film.

The story sees the usually unflappable Tony Stark (Robert Downey Jr.) suffering from panic attacks following the events of The Avengers film (which this film links nicely to without dwelling too long upon it) and spending most of his time outside of his suit. There is a nice reference to Downey’s other well-known character Sherlock Holmes and in comparison to his rather flat performance in The Avengers I thought he did a good turn.

The film is well-paced, Guy Pearce does a good turn as the main bad guy and the supporting cast are all on form. The storyline is a little predictable, but it has a great finale and a promise that Tony Stark (if not Iron Man) will return. Despite their Disney connections Marvel Studios seem to just keep doing superhero films far better than there (mainly DC) rivals with the right balance of humour, human themes and imaginative action sequences.