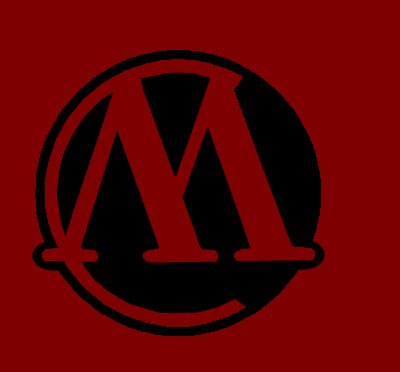 I saw The Evil Dead for the first time in the early 80’s at a school friend’s house one Saturday morning. At the time fear-mongering newspapers would have had you believe that this film was a ‘video-nasty’ and it existed in a grey-area of possibly being banned and definitely being removed from shelves when I saw it behind closed curtains on grainy VHS.

My friend’s family ran a video store and so we are able to see other tantalisingly titillating titles such as the long forgotten Pussy Talk and Porkies which had immense appeal to our juvenile minds. Evil Dead had been made out to be some kind of Ring-like VHS spewed from Hell’s anus to corrupt our minds and infect our souls with its poison. Of course we wanted to see it.

I don’t disagree that some of the scenes, especially the ‘rape by the forest’ were pretty nasty, especially in the eyes and mind of a young viewer below the age of the eventually 18 certificate more accustomed to the delights of the A-Team and Bullseye, but it wasn’t a true video-nasty. It took a laughable court case in the UK to prove its non-nasty status and went on to become the biggest rental hit of the year. Some conspiracy theorists would have you believe that the court case was drummed up by ‘the studio’ being angry at the simultaneous cinematic and home-video release of the film, but I remember a huge campaign led by the whining Mary Whitehouse against all things interesting and sweary around that time and Evil Dead just got caught up in the furore.

I have to agree to some extent with quite contrary Mary in that my mind was slightly addled by the film. I had nightmares for days after seeing the film because my imagination ran riot based on what I had seen. I remember being particularly freaked out by the demon possessed Linda singing ‘we’re gonna get you, we’re gonna get you…’ in a cutesy voice – ‘like a doll you wanted to smash against the wall,’ as Betsy Baker put it. Having had my pants scared off I was turned on to horror in a big way and began a long love affair with the works of Stephen King who helpfully described the film as ‘the ultimate experience in gruelling terror,’ which sustains to this day.

Having seen the film again recently, for perhaps my fifth time, I was surprised to find that I was still suckered in to jumping not once, not twice, but three times. The pencil in the ankle is horrible, the amount of gore is immense (and emulated in Planet Terror and From Dusk Till Dawn – both of which I watched again recently and both possessed of many visual connections to Evil Dead), and Bruce Campbell is brilliant as the hero. Only now can I appreciate that the real hero in the film is the guy behind the camera – Sam Raimi who went on to direct the original Spider-man trilogy which revitalised the comic book hero genre in much the same way as Evil Dead revitalised the horror genre. The composition of shots and clever camera moves (copied in films like Bram Stoker’s Dracula) are exceptional, but back then it was all about the scares and the thrill of seeing something I shouldn’t be seeing.

In the cold light of Blu-ray the effects and make-up are quite laughable but to be applauded given the meagre budget full length feature first timer Raimi had to play with, but play he did!

My only other memories from the viewing were more to do with the venue – my friend’s bedroom. It was a cavern of puberty with that distinctive sweaty cheese smell unique to teenage boy’s rooms the world over. The heating was on, the sun was blazing through the thin material of the drawn curtains and we were sweating tartrazine from the syrupy cordial we were drinking. There were three of us huddled around the television as well as the king of the castle and purveyor of dodgy videos who had already seen the film and therefore decided to add to the excitement by whacking us randomly with a joke thermos which when opened produced a sprung loaded pink rubber dong like a jack-in-the-box crossed with a pork-based lightsaber whenever the tension got high. Heady times!