So here’s another post from this weekend. I’m afraid that Star Wars didn’t get a lot of attention from me this time and although the big man himself was there I didn’t get a good photo of him or The Emperor or the Imperial Guards. Congratulations btw to the guy in the guard costume that scared the crap out of me while I was taking a photo of him thinking he was a dummy (guess I was the dummy huh?). Your photo came out blurred as a result.

Actually before you get to the photos I wanted to do a shameless plug to a very talented chap who lives in my town called Barry D Bulsara. His web site is here: www.BarryDBulsara.com and he creates hand pulled limited edition screen prints (not print-outs) inspired from the kind of stuff you, my dear reader, will probably love. Here’s a rather bad scan of his flyer: 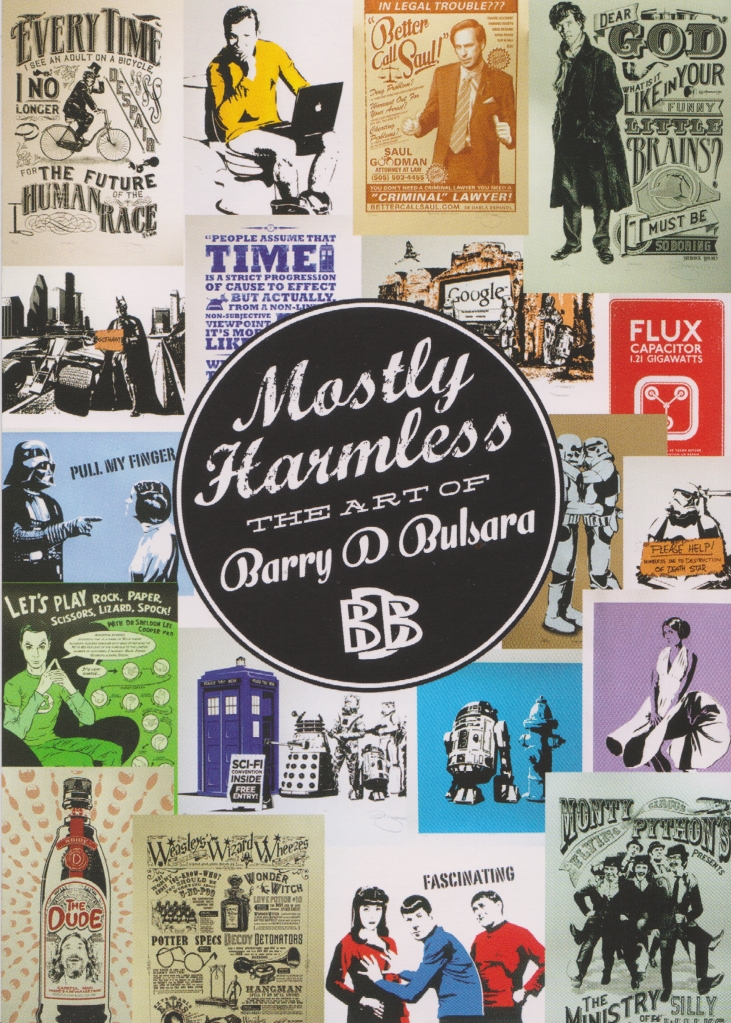 and here’s his stall:

Nice, nice, nice. I bought three of his prints when Siggy and I moved into a new house a few years ago after admiring them in the Orange Tree in Loughborough and they still give me great pleasure (as does the OT when I can get served…).

I missed the Star Wars parade last year so thought I’d catch it this time around, but it was so busy that I have to admit a lot of these photos are a bit lame incorporating as they do lots of backs of heads.

Of course there were stalls and stalls of stuff related to Star Wars – cookie jars, figurines, Lego, remote control toys, knitted R2D2’s, Onesies, beermats, teeshirts, pencil cases, pencils, posters, CD’s, games, cuddly toys… it’s the ultimate generation game – and now of course how the manufacturers of these things must be rubbing there hands together over the endless possibilities surrounding Episode VII and the subsequent inevitable sequels.

There were some ‘stars’ – some more legit than others who had appeared as Stormtroopers and various creatures. Unfortunately there were no big Star Wars names. I wish someone like Carrie Fisher or Mark Hamill would come to one of these Birmingham gigs.

And last but not least…