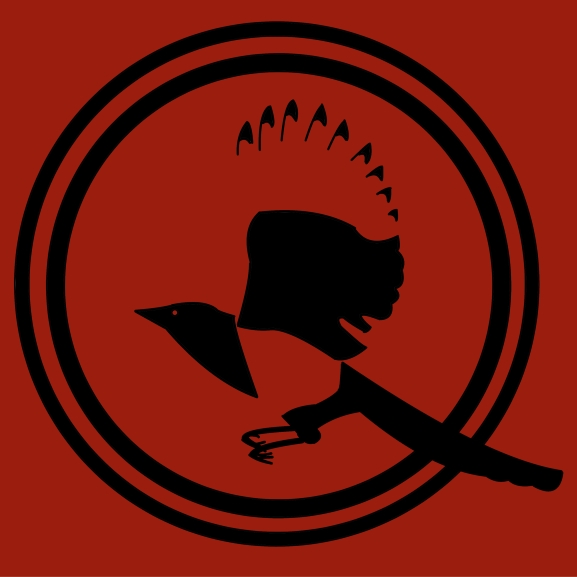 I currently have thirty-five unread or partially read books in my possession and more will undoubtedly be joining them over the Christmas gift giving period. It’s nice to have a stock and to not have to worry about what to read next, but I do feel some pressure to read them as soon as I can – nothing like an alcoholic might feel when faced with row upon row of his favourite bottled tipple, but some pressure never the less.

This hopefully explains why I bombed through Neil Gaiman’s book which didn’t even make it onto my book shelf before I had read it (I have deemed it a keeper, but perhaps only until I have convinced Siggy to read it). I imagine the other books thinking – “what the heck? What’s wrong with us?” It will also hopefully go some way to explaining why I might over the next few weeks look like I am bombing through books and writing posts about them with no small measure of wanton abandon.

Another explanation is that as the darkness draws in, as the sun seems like a fond memory glimpsed only occasionally during my lunch breaks, I am wont to read a lot more. I retreat like a bear ready for hibernation to my duvet and pillow and lose myself in written entertainment eschewing modern forms such as movies or games. I also like to read at lunch time if I can find somewhere warm and quiet. I don’t know what it is about seeing me reading that attracts people to me like a moth to a flame; I imagine saying to them “what the heck? What’s wrong with you?” Can’t they see I am in another world?

So with that preamble ambled I turn my attention to Mockingjay the last of the Hunger Games trilogy by Suzanne Collins.

It was odd reading it after seeing the first two films – my mind immediately started painting pictures using the actor’s faces. Odd because when I read Bond books I don’t really picture any of the actors – not even Sean Connery who was perhaps the closest to Fleming’s description. I was desperate to read about Effie Trinkett as she was probably my favourite character from the films and I was disappointed to find that she’s not in the last book all that much. I look forward to seeing if I mentally imagine the cast of the GoT TV show in George R. R. Martin’s next Song of Ice and Fire book.

Anyway, back to the words rather than the images. I have to say that I was a little disappointed with this final instalment to be perfectly Emily. Blunt.

The reason is that Katniss is rather side-lined and spends a lot of time, at least it seemed to me, living underground and not really doing Hunger Games ‘stuff’. Then when it does finally happen, towards the end of the book of course, it is all rather silly. The Capitol is protected by strategically placed weapon pods which when activated disgorge rather random deathly treats upon the invaders – flesh melting death rays, body splicing wire nets etc. Mutts feature again but are easily despatched by our plucky heroine.

There’s some rather clumsy musings on the nature of leadership and what is acceptable during a war, and Katniss’s dilemma (Gale or Peeta) is solved without her really doing anything but making an obvious decision when Gale decides that total war really means total war and his misused weapon designs inadvertently lead to the demise of a much loved character.

Actually throughout the whole trilogy there’s a sense that Katniss really doesn’t do a lot to make things happen – things happen to her and around her, but she is a little slow on action rather than reaction. Sure she gets to accidentally do and say the right thing every now and again to fuel the revolt, but it seems to take her forever to become anything more than the ‘reluctant hero’. Hopefully this wishy-washy-ness will be eradicated from the movie versions of Mockingjay and Katniss will simply kick ass and not spend so much time complaining and crying. There are certainly some excellent scenes that will work better on screen than in the book. For instance…

… the (rather predicable) twist where she shoots the new president with her arrow is dealt with by Collins in sixteen words. I almost missed it and had to re-read it. This will undoubtedly be a really powerful scene in the Part 2 film foreshadowed nicely by her downing the hovercraft with an explosive arrow in Part 1.