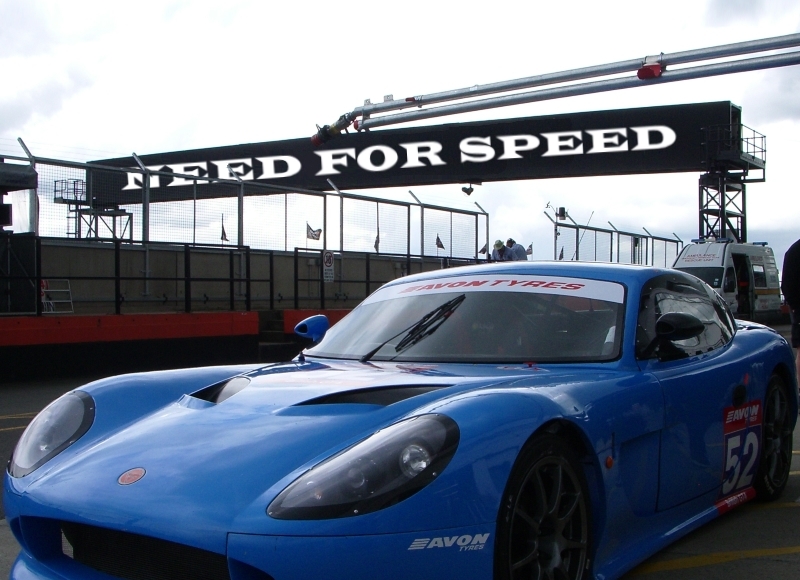 As far as bargain bucket games go this has to be one of the best purchases I made last year. Shift is a lot different than all the other NFS games I have played and more akin to Project Gotham or Gran Turismo. The streets, the story and the police chases are gone in favour of a track racing simulator style gaming experience.

I did so badly on the ‘let’s gauge how good you are at driving games’ level that I ended up with all the assists set – which felt a little like having stabilizers on my bike while I learnt to ride. The most unhelpful of assists is brake assist which got turned off as soon as I could find it in the settings along with the music which is quite dreadful. I kept most of the other assists including the almost (for me anyway) essential driving line – which gives you a good indication of how fast or slow to take corners and how to efficiently cut the apex and whatnot. I tried driving a few familiar courses with it switched off and repeatedly ended up chewing gravel and hitting tyres and really not enjoying the game.

Having been to Donington Park on a number of occasions I was quite pleased to find that particular UK track included in the game and quickly realised that it’s a bitch of a course with our without assists set (the photo I’ve been using for these posts was taken at Donington). Most of the big tracks around the world are included and pretty soon you forget all the silliness that sounded the other games and just get down to the pure driving experience. Perhaps because of my assists I found that my driving style was inclined towards being a perfectionists rather than being aggressive – and most drive points were earned for clean corners, nice overtaking, drafting etc. rather than ramming other drivers off the road.

One exception to this was the car versus car races in the invitational events where the best tactic was to ram the other drive off the road as hard and as quick as possible and then achieve the winning distance before they recovered. A little unsporting I know, but the game is all about earning cash and building up your points to unlock events – the ultimate aim being access to the world series.

Cash is required to buy cars and upgrade them and you need to buy at least four cars I think to get to the World Series. Because of my settings I unlocked the World Series and completed it before I had even touched any Tier 4 races which seemed a bit silly, but for someone with limited time on their hands it was quite satisfying. I was at driver level 17 on completion of the series.

To get to this point I held onto my money until I was filthy rich and could buy a Lamborghini, all the associated upgrades and finally The Works upgrade which turned it into a land-based rocket ship. To me it seemed faster and easier to handle than the Zonda Pagani I bought later on to race in the supercar events. My starting car was a Renault and I think I also bought a Porsche to qualify for certain events. You have to be careful to satisfy tier and country of manufacturer requirements to do some of the races. I played until I got to level 20 as this had a good Gamerscore payoff and I will probably dip in and out of it as time allows.

Some of the racing was super-fast and immensely enjoyable. On the flip side the AI is quite stupid – rival drivers seem to stick to racing lines and there is little of the grudge-bearing that you see in other racing games. I found the drift events to be truly awful – but then I have never been a big fan of drift in other games.

In summation if you like racing games that are based on real tracks then this game when bought second-hand, for the current price – I got it for £4 – is really good, but if you are expecting a true ‘need for speed’ experience in the spirit of the other games bearing the name then please look elsewhere.