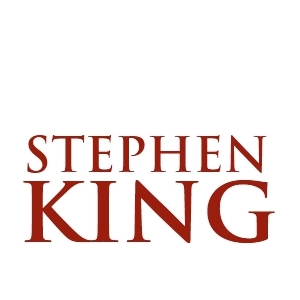 Thinner was written in 1984 by Stephen King, as Richard Bachman. The story is about a lawyer, Billy Halleck, who accidentally knocks down and kills a gypsy woman in his car while being distracted by his wife. After the court case, in which he walks free, Halleck is cursed by an old gypsy man with no nose. How does he smell? Awful.

Halleck, as the title suggests, grow progressively thinner. Luckily he was clinically obese to start with so the story spans more weeks than you might imagine. This gives him time to discover that other key players in the trial have also been cursed – the presiding judge is growing scales and sounds like he might be turning into some kind of carnival sideshow human lizard and the chief of police is getting acne so bad his face looks like a pizza and his skin is sliding off like hot cheese.

As you might imagine no one believes Halleck when he tells them he’s been cursed and in fact his wife and his doctor want to get him involuntarily committed to a psychiatric hospital as they suspect, despite him wolfing down enormous amounts of food to try to slow down his incredible shrinking, that he has some kind of anorexic disorder. Halleck is therefore forced to go on the run and decides to try and find the gypsies as they travel from one coastal town to another.

Find them he does. In the closing section of this short (by King’s standards) book Halleck calls down his own curse upon the old gypsy man – the curse of the white man from town. Halleck’s curse is embodied in Richie Ginelli, a violent gangster hood, with whom Halleck’s law firm does business and whom Halleck has been good friends with in the past. In escalating episodes of harassment the gypsy man finally concedes to transfer the curse from Halleck to someone else. That someone else is decided by Halleck who needs to get them to eat some cherry pie which contains the curse.

This was the last novel King published under the Bachman pseudonym prior to Bachman being outed as King. To me it seems obvious that the writer is King. The writer even mentions himself in the book comparing what was happening to Halleck to a Stephen king book. All the tell-tale signs are there for the educated reader to spot – the inner voice, the repetition of character voices via flashbacks, the sudden neurotic concentration of the main character on minor details and the eye for precisely capturing the minutiae of the seedy underbelly of American life. But the writing style itself is thinner, pacing is quicker and less time is spent on character development.

This book is one of the best of the Bachman books in my opinion and if you like King and haven’t read it, it’s a no-brainer that you really ought to.

As a footnote let me just mention here that I will be working through all of King’s back catalogue and writing blog posts as I reread them. I choose it as the first one to reread because I was travelling and needed something thin and I thought it was kind of fitting because I’m trying to lose some weight at the moment. You can look forward to such delights as ‘It’, ‘The Stand’, ‘The Shining’ (for which I may also refer back to the post I did about Kubrick’s film adaptation) ‘Misery’ and all the others. It may take some time, but it’s sure going to be a ride.