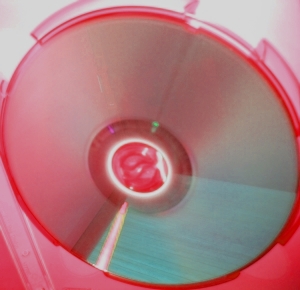 To say this film is visually stunning and action-packed is a gross understatement and somewhat of a disservice to legendary director George Miller. This film is spectacular in almost every way a film can be and one of the best, if not the best action film I have seen this year and lord knows I’ve seen a few.

The story, despite the future setting and complex tribes therein, is a rather simple case of theft and pursuit. The theft is by Charlize Theron’s character, the Imperator Furiosa, of the leader Immortan Joe’s many young wives and a tanker full of mother’s milk. Max, played by a brooding Tom Hardy is a bit of a bystander initially albeit chained to the front of one of the perusing vehicles driven by a brainwashed Nux played by Nicholas Hoult. Both these male characters soon become embroiled in helping these women escape from the deranged pack of men.

In terms of spoken words the script is rather short and takes second stage to a screenplay full of audacious stunts, explosions, car crashes in scene after scene of cleverly assembled and choreographed set pieces. The quieter beats between the mayhem use the desert setting, the sky, lighting and colouring effects in moments of visual poetry. You could watch this film with no sound and still enjoy it more than a lot of films released this year. However, don’t, because the soundtrack and sound effects are pretty awesome too. The in-situ drummers and rock guitarist were a brilliant idea and made me think of the Borderlands games – obviously themselves influenced by Mad Max.

That’s not to say that the characters, for an action film, aren’t good. Max is haunted by events of his past, so much so that he often hallucinates. It is interesting that the demons that plague him end up helping him to survive. Furiosa with her cleverly CG’d stump and robotic arm has demons of her own and to some extent is simply a female version of Max, although she’s more calculating than she is mad. Once Nux sees beyond his quasi-religious fervour to please Immortan Joe (he fails quite miserably and then very quickly catches the eye of one of the hot harem of Australia’s Next Top Models) he does everything he can to help Max, Furiosa and the other women survive. He is the character who has the most interesting arc from a naive brainwashed drone to a hero willing to make the ultimate selfless sacrifice. Of the three I think it is fair to say that Charlize Theron delivers the best performance and certainly seems to get more screen time than Hardy or Hoult.

As far as I can recall I have not seen any of the old Mel Gibson films in their entirety but there’s an assumption that the viewer at least has an idea of this dystopian future premise (as familiar in pop culture folklore as the premise of The Terminator or Jurassic Park I am sure) and there are therefore no explanations beyond some voiceover on the opening credits. There’s so many sequels or reboots these days that waste a lot of time explaining the situation rather than just doling out the action and it’s refreshing that this film isn’t one of them. I felt in no way impeded by not having seen the previous movies.

The only thing that bothered me, and only a little, was that Max didn’t really get to drive his iconic muscle car all that much and as he blends into the crowd at the end of the film I was left hoping he was going to find his car, fix it and appear driving it in a sequel. (And he is, the sequel is called Mad Max: The Wasteland by all accounts).