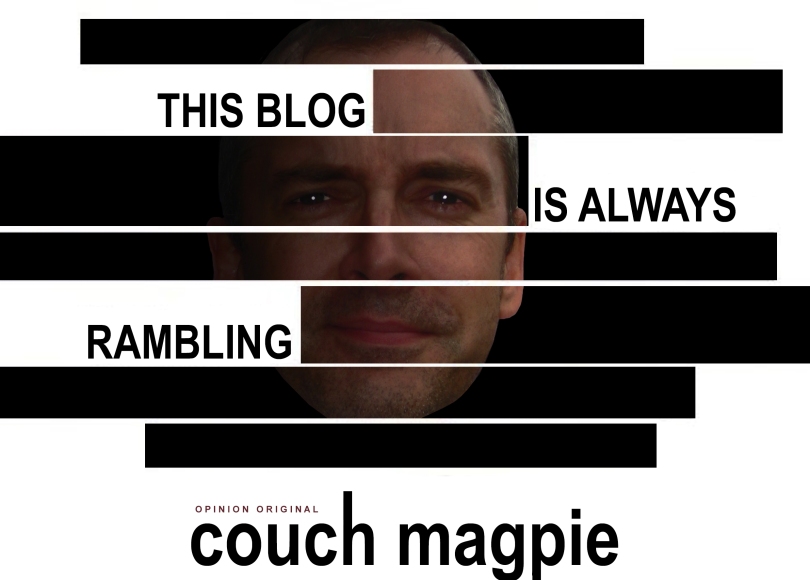 Well, well, well… welcome… another week has been and gone and I’ve been busy collecting my thoughts on a few bits and bobs to waffle on about.

First of all, and I guess the headline act, is Sneaky Pete. Ten episodes of very well written and generally well-acted American television that didn’t quite cut it for CBS but was optioned by Amazon and has been teased all over the place of late. Siggy and I loved it. It’s rare for Siggy to turn to me and say ‘I really enjoyed that’ about anything I ‘force’ her to watch but we are both big Giovanni Ribisi fans and it was great to see him in the lead role. Ribisi has been around for yonks – we’ve seen him as Phoebe’s brother in Friends, as the electric boy in The X Files and various other supporting roles. I thought his big break was The Gift, but the film kind of sucked so that was a great shame – as I recall he was great in it, let down by some lame writing.

No lame writing here. Every episode is a lesson in upping the ante. Ribisi’s character, Marius posing as Pete to get his hands on a load of money to save his brother from the bad guy Vince played by co-creator Bryan Cranston (Walter in Breaking Bad if you have been living under a rock), faces complication after complication and falls deeper and deeper into the trouble. Bryan Cranston gets some great dialogue and seems to revel in playing the bad guy. It was also good to see Michael Drayer (from Mr Robot) as Eddie, Marius’s brother.

We have watched the whole show since my last post and I thoroughly recommend it. The only niggle I have is that the ballsy parole officer featured early on seems to disappear in the later episodes. I asked Siggy if I had forgotten something, but we are convinced that he really should have turned up and caused trouble again in later episodes. I really don’t want to provide any spoilers, so instead of me rambling on anymore here is the trailer:

We also watched the 2-hour long Sense8 new year special on Netflix. it picks up pretty much where the last season left off and to begin with it was a case of us trying to remember the storyline of reach of the eight characters – there was no helpful ‘previously on Sense8…’ pick-up, but we got there in the end. They have swapped out the actor who plays the African bus driver which is a shame but it was great to see the likes of Doona Bae again.

Pacing was a big issue in the show and the special is no exception. It’s like a patchwork of pop video montages most of the time and it seems to take forever for anything of any true importance to happen. That said I do think they made a good job of progressing each character at least a little bit and setting up for the next season. There’s some great music and it also celebrated the festive season in a very touching and inclusive way. It’s something that seems more and more important when the likes of Trump are in power.

EA Games released what I think will be the final patch for Star Wars: Battlefront. I think it’s the final update because there’s a sequel due out this year. There were no great new features just a bit of rebalancing of the weapons, heroes and star cards, and bug fixing on Walker Assault and the Scarif maps. I did notice in the release notes that they have increased the blast radius and the damage dealt by the non-lethal sonic imploder. I was a bit ticked off about this having struggled with the Hutt Contract requiring kills with that grenade. Anyway, I’m over it now. I haven’t been on the PS4 much this week as I have been doing a lot of writing and also been to the gym a few times.

I started reading Bad Science by Ben Goldacre based on his newspaper column debunking the bullshit claims of hacks and quacks. It certainly makes interesting reading and will no doubt confirm a lot of the misgivings I have over some outlandish looking claims about nutritional fads and products.

I also wanted a bit of fiction, but not too much, so I finally picked up Psycho by Robert Bloch (at 152 pages it’s more of a novella than a novel). It’s been sitting on my bookshelf for at least a year and I was going to do a Book vs Film post about it and Hitchcock’s adaptation, but I’m sure it’s been done before so I won’t bother. There are some differences early on e.g. Norman Bates is sweaty and overweight in the book and also not particularly charismatic.

Finally the reason this post is a bit light on film and television this week is because I have spent at least two hours every evening since my last post doing a rewrite on the 300 pages of a draft of my next novel – that I am currently just calling my 2016-2017 project. I had a bit of a moment when I found I had lost 6 pages of epilogue somehow from the version I was working on, but because I keep regular backups I was able to find the missing chunk of text. In the back of my mind I suspect there other bits missing, but I’m willing to let them go given how much redrafting I have done this week.

Converting a third person past tense narrative to a first person present tense narrative has certainly been an interesting exercise and a great illustration of how concise a style it can be. I lost over 20 pages in the process, but then I did make some edits to remove an unnecessary bit of plotting to simplify the main character a little and switching out a lot of passive sentences which probably contributed to the shrinkage. It’s always good to cut stuff out that you’re not 100% happy with.

I have marked out where the gaps in story or character development are and I figure I have about 50 pages or so that need writing from scratch and at least another week’s worth of rewriting bits that need tweaking from what I have now. The 50 missing pages are going to take a few months to get together – I know the speed I write and also how distracted I can get by the real world. For instance I have a few days of work commitments which are going to interrupt everything next weekend / Monday – Tuesday.

This also means that the next ramble will probably be delayed until Wednesday evening (if I can’t squeeze it in on Saturday). But, but, but I will have some cool stuff to write about (spoiler – I’m going to see Ruby Wax next week). Hah and Spotify starts playing ‘Ruby’ by the Kaiser Chiefs as if on cue, excellent! I haven’t forgotten about the CD Marathon btw, I think I hit a roadblock with Queen and never quite recovered. I have the excellent Raconteurs Broken Boy Soldiers CD on a perpetual cycle in the car at the moment. I’ll get round to including more ‘listening’ in these weekly rambles once I run out of No Such Thing As A Fish podcasts to listen to.