In the absence of any bananas or apples on the buffet this morning (to be fair they did have oranges, big slices of watermelon and a manky looking peach) I had the makings of a Greek salad for breakfast – olives, feta, tomatoes, cucumber, bread and a couple of dolmades. I worry about how much salt I just ate but it tasted nice, contained some dietary fibre and made a change from cake.

I put Bullseye back on the bookshelf in reception in the morning; someone with a lower reading age than me might enjoy it. Instead I pulled out my last book from home – an old fashioned sliver of a paperback called The Gods Themselves by Asimov. Hopefully it will be more bearable and the glue will stand up to the heat. It’s still ridiculously hot for this time of year and while my weather apps are saying it’s around 36 degrees Celsius there’s a lot of talk of true local temperatures being in the forties.

Before we properly settled in on the beach for the morning, we walked up Main Street, which was being blasted by swirls of airborne debris such as loose bamboo leaves, dust, grit and empty plastic bags, to the Big Supermarket. We bought some cheap bottles of drinks to go in the fridge and some bags of sweets to give people at work. Siggy bought a sausage pastry to have for lunch later from the bakery next door and a vanilla muffin which she ate on the beach. 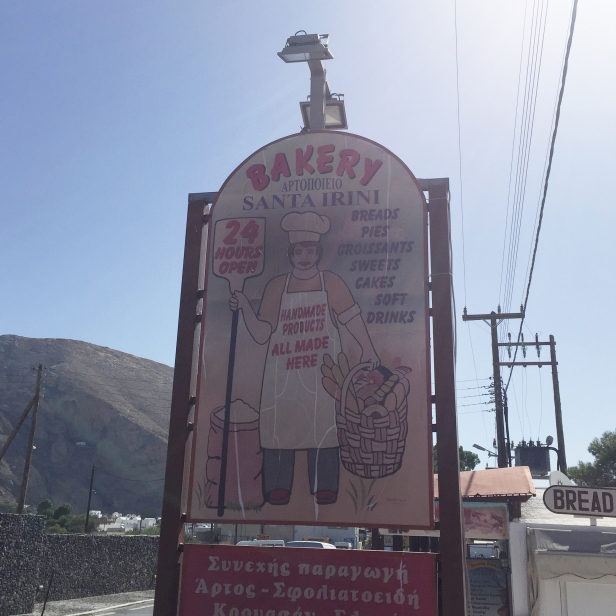 There was a fancy yacht anchored opposite our sunbeds today and the wind was pretty whippy but not at all refreshing as it was warm – so it was a little like sitting in the jet stream of a giant hair dryer. Books needed to be secured with big stones (sun cream bottles or sunglasses weren’t heavy enough) and we saw a few inflatable lie-lows flipping away across the surface of the blue sea. One was intercepted by a spirited swimmer which was a nice display of kindness.

The thermometer display on a shop on Main Street said it was 42 degrees Celsius when we went to Grandma’s Recipes for a gyros pitta. I overheard someone on their phone to a pal say it had been 43 degrees yesterday, which at the time I thought was an exaggeration but now I think was quite possible.

The takeaway pitta was enormous but the meat, thinly sliced bits of pork, was not strictly gyros shavings and therefore I was bit disappointed. For a change, we sat and ate on the balcony of our room which was half in the shade by three o’clock. Siggy had the sausage pastry she had bought earlier.

Our first restaurant return was to Noma because Siggy wanted spaghetti carbonara again and I had it in mind to have their excellent anchovy pizza again – one all to myself this time. 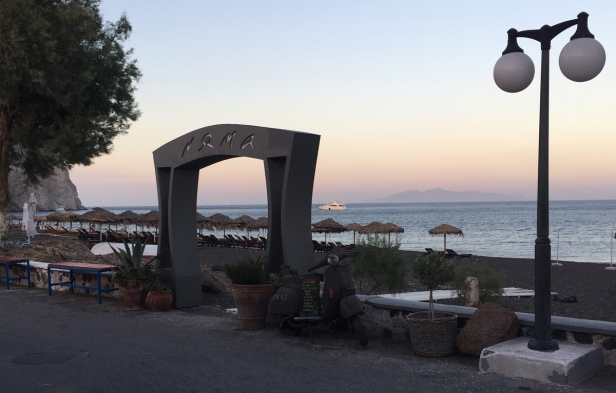 As it happens I went for a Lava Yum burger instead. The burger had bacon, avocado, caramelised onions and chilli sauce in it and was lush on a brioche bun. The carbonara had a tasty sauce but less ham than Siggy’s previous carbonara in Fira. 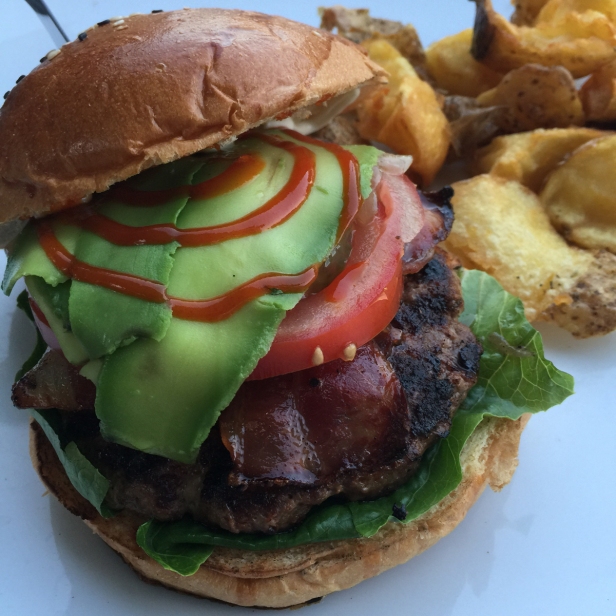 Back to Yazz for cocktails (definitely confirmed as our favourite haunt for drinkies) – Blue Hawaiian and a Strawberry Daiquiri. Seems a bit cooler tonight – the wind isn’t so warm and it is windier – perhaps a little less humid too. 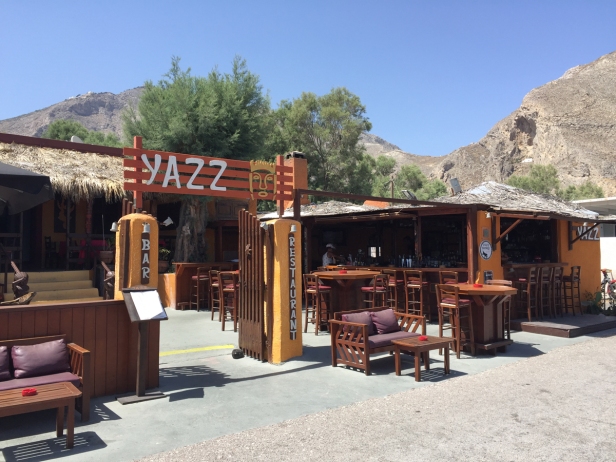 We then also had a tropical cachaca (looks like banana milkshake tastes like Umbongo, contains cachaca, kahlua, passion fruit and pineapple) and a watermelon wave. The electronica group was on again doing cover versions and making them their own. Things went a bit off the rails with some very poor singing from an interloper called Stelios during ‘Enjoy The Silence’. Siggy and I were most distressed. We enjoyed the silence of Stelios not joining in on any more tracks.

We then peeled our sweaty asses off the leather cushions and walked up to the Beach Bar (our second favourite bar). We had seen that they had a band on but it was too loud and they were playing a dire reggae version of ‘Knocking On Heaven’s Door’, so we decided to call it a night.