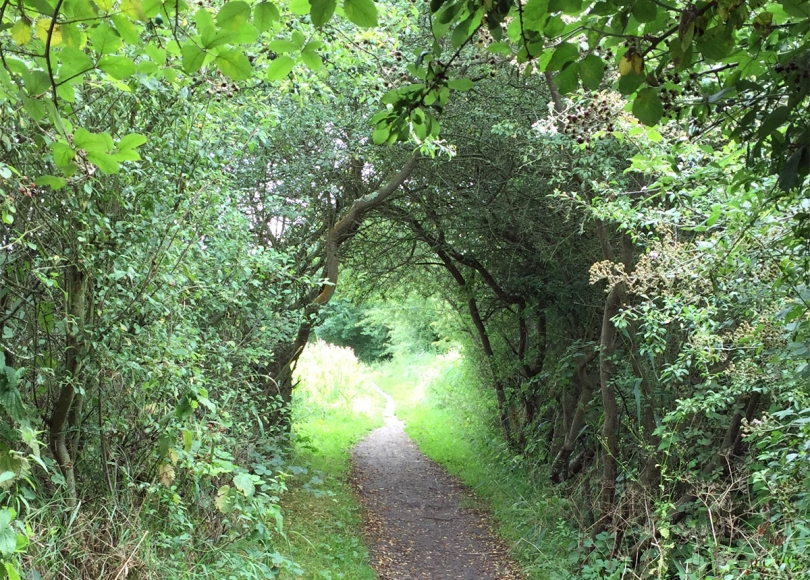 My new book is going to be called Bad Blood – the observant among you may have noticed the banner at the top of the main page change last week. Here’s a draft of the ‘back blurb’:

Jack thinks he’s found real purpose when he joins the British Army, but his world is irrevocably changed when tragedy strikes in Afghanistan.

Back home, recovering from his injuries and rebuilding his life with girlfriend Daisy, he discovers there is more to this life than first meets the eye.

Working as a consultant for a movie studio, Jack uncovers the actions of a foe who threatens the new life he has made.

Can Jack stop an all too familiar enemy before times runs out?

A draft right. Anyway I’m going through a phase of minor rewrites before it goes off to a test reader. Hopefully, it should be out toward the end of this year, maybe sooner.

When I’ve not been picking over sentence structure, plotting and character motivations, I’ve been catching up with a few TV shows and films on rental/Netflix/Amazon/Sky:

Luther Season 4 landed recently on Netflix and was immediately gobbled up by Siggy and I. It’s only two episodes so it didn’t take much gobbling to be honest. It was well-written and tightly paced. There was the usual level of ‘really?’ involved at times but it was generally very good.

“You know nothing John Luther,” says DS Emma Lane, played by Rose Leslie. Okay she doesn’t, but she should’ve…

Game of Thrones continues to entertain with every episode and the pace of the story-telling certainly seems to have picked up in this latest series. I’m recording the 2am showing in the UK so I don’t have to wait until later in the day to watch it. I was surprised to see Ed Sheeran appear in episode one and more surprised that Arya Stark didn’t gut him like a fish. It was great to see Jon Snow meet Daenerys Targaryen and also to see that her battle for the Seven Kingdoms isn’t going to be as much of a walkover as she perhaps expected.

I also found the time to finish watching The O.A. with Siggy. All the way through we’ve been unimpressed by the pacing of the show and it was nice to watch the one 30 minute episode in which some stuff happened quite quickly. The series finale was a bit lame imo, although we’d probably watch another season should one occur – it was quite a novel story – if you ignore the obvious similarities with the 1990 film Flatliners.

Fargo Season 3 came to an end in the UK and has been great – not as wonderful as Season 2 imo – but still great telly. All the acting performances have been excellent. I was going to single out a few, but actually I’m not because they really were all great. I was a little miffed with the last episode leaving the fate of one of the main characters hanging and also how a supposed broken down car springs back into life once a meeting between two characters has been fatally concluded.

Kong: Skull Island was on offer at £1.99 to Amazon Prime members and I had a £1 credit from a slow delivery option, so I thought that even it was crap, for a pound I couldn’t complain. Could I? Well no actually because with my expectations set really low I found that it was okay. It only gets really terrible when the script falls apart in the third act. King Kong is fucking enormous, so there was no way they were ever going to get him off the island or let him climb the Empire State Building in this one. All the acting was pretty terrible (I think they must have realised when they say the script that it was a take the money and run gig) apart from an excellent comic turn by John C. Reilly (Wreck-It Ralph, Step Brothers) as a marooned WWII pilot who’s been waiting on the island to be rescued.

The Lego Batman Movie was also on offer for Amazon Prime members and so I watched it with Siggy who is a Will Arnett fan. Given that Batman was perhaps the best character in the very funny The Lego Movie I was expecting great things. While some on the DC-fanboy in-jokes were very amusing and the eye for off-camera visual jokes was good, I found the story a bit flat and, while I appreciate that it’s a kid’s film, the moral message (things are better if you work as a team and have friends) rather too overtly pushed.

Away We Go was a LoveFilm rental – a title that’s been malingering on my list for years – a comedy-drama starring an extremely scruffy looking John Krasinski (The Office) and Maya Rudolph (Bridesmaids) about an expectant couple looking for a good place to live. Interestingly Sam Mendes directed this film before he went on to direct that oter great comedy-drama Skyfall. The fact that at the end of the film the couple end up back at her ancestral home is just a coincidence right?

Philip K Dick’s Electric Dreams coming soon on Channel 4 has got me all excited. It’s going to be a Black Mirror style series with a new science fiction story each week with some top actors involved. The stories are going to be based on sone of Dick’s short stories and I for one am very much looking forward to it. I’ve read six collections of short stories by Dick and the level of quality is outstanding – I hope this will transfer to our TV screens okay.