Having had two fine dining experiences in previous days, it was nice to be invited to an Indian restaurant. The Jewel of India is traditionally decorated and staffed by non-Norwegian folks, so it felt very much like we could have been in a large Indian restaurant back in the U.K. What was slightly different was a fair amount of Norwegian families gathered with children.

Some spiced poppadoms were already on the table when we arrived, a little late, to meet an ex-colleague. We were hungry so we ordered some starters – some nicely marinated chicken wings and spicy king prawns. 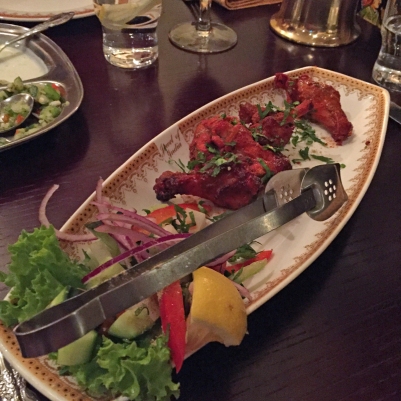 The beers on offer were Kingfisher, Cobra and something called King Cobra which I had never heard of. King Cobra was the obvious choice. It’s sweeter than the usual (more like the alcohol-free Cobra), comes in a champagne style bottle and is 7.5% alcohol. 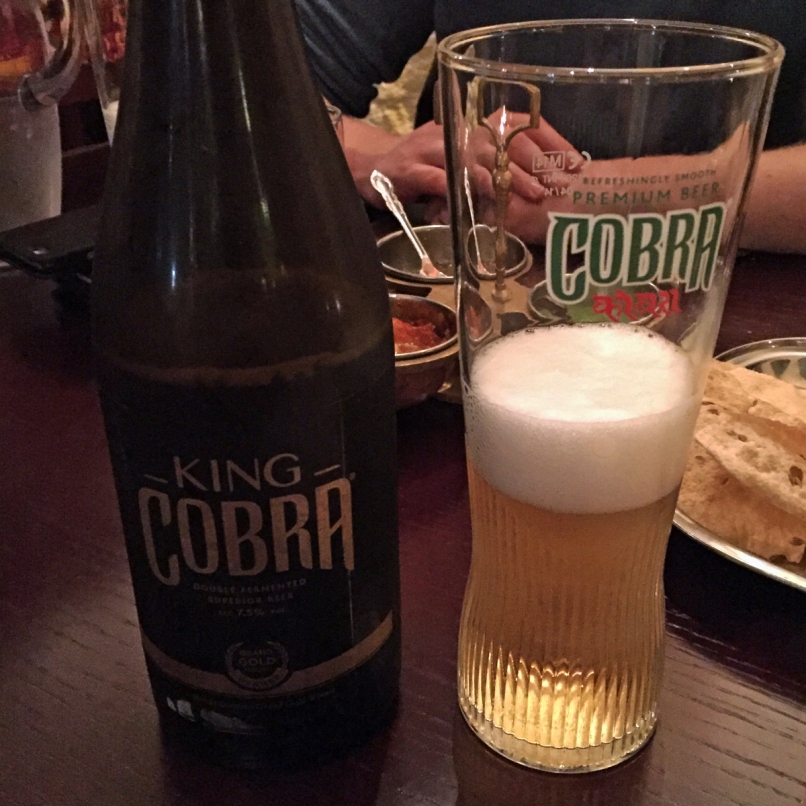 When it came to the curries our waiter explained that they have six strengths. I took a calculated risk and went for the fourth level. I opted for a special chicken dish the name of which I didn’t note unfortunately. It was just right in the sense that it was on the verge of being slightly too hot but nicely countered by the strong beer.

My fellow diners opted for the classic chicken tikka masala and some kind of chicken korma. All very tasty.

The accompanying paratha was nicely layered and not too greasy. The rice was pretty standard slightly flavoured basmati. Portion sizes were good and there was a nice range of pickles provided with the poppadoms and the starters.

The night ended with those traditional aniseed tasting hundreds and thousands, served in a very attractive traditional and heart-shaped dish and bowl combo.

Note: fanfare!!! this rather brusque post was my 500th on WordPress. Thanks for following me folks! I have some ideas how to develop this blog in the future and you may be surprised about what’s coming… let’s see if it happens…