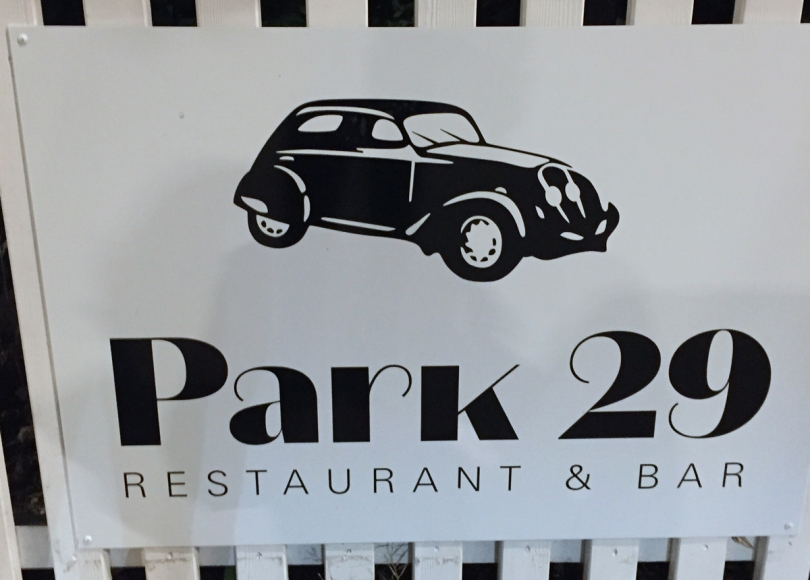 Park 29, or at least an earlier incarnation of the restaurant, had been closed for some time and reopened for business earlier this year. The homely old-fashioned restaurant is situated diagonally across the road from the legendary and ever-popular Lorry. The interior decor is apparently much the same as before it reopened. 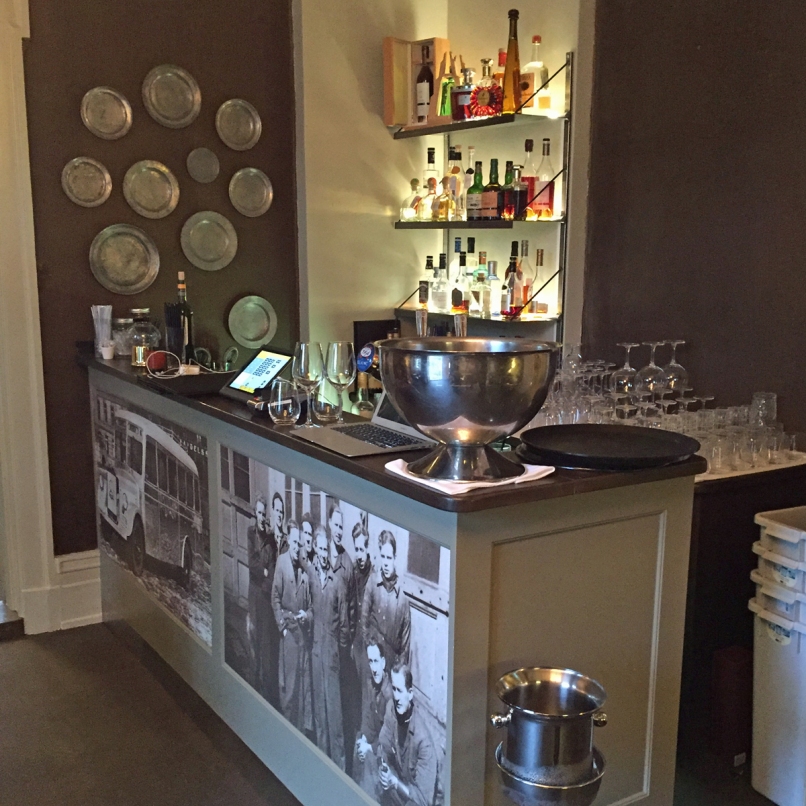 Inside was a mixture of old and new – dare I say hipster chic. It’s an odd building with lots of little side rooms. The main dining area was up a flight of brown carpeted dark brown wood banistered stairs. I felt woefully under dressed in my jeans and Black Sabbath tee shirt. Everyone else appeared to be wearing formal evening wear. I tried to exude a sense of belonging and that perhaps I was so filthy rich that I didn’t need to conform to petty cultural norms – like not wearing jeans and trainers to an upper class restaurant.

The fact that I had been to the gym beforehand and then had an antihistamine which seemed to be laced with LSD put me slightly off my stride. I experienced migraine-like scintillating lights around my peripheral vision which made reading the short menu rather more arduous than expected.

As you’d expect they had an expensive wine list to go along with their minimalist food menu – the locals I was with said that even by Oslo standards it was very pricey. Our resident wine expert chose a dry and fruity Reisling called Tesch. The wine helped to dissipate the eye-magic but perhaps it was merely a coincidence.

It seemed to take a long time to get our starters and while the staff were all very nice and polite, the service was generally slow.

We all had crayfish to start. The portion sizes were disappointing – a lot of shell and not much meat, but what there was was very tasty, two slices of lime. We asked for some bread to help bulk the starter out and were served some small thin breads which to me resembled human turds in their streamlined shape (if not there colouring thankfully). The bread was freshly cooked and very nice with some excellent soft butter, I just wish there had been more.

The crayfish was a little mushy in places which I found unpleasant and so we were a little nervous of how our main courses might turn out. As it happened these were all excellently cooked, well presented and very tasty, but suffering from the same meagre proportions as the starter.

Hazelnuts and fish was a weird combination for me but it worked just fine. The fish and quail were served with a metal pot of nutty waxy new potatoes.

The bloke behind me had been gradually working me closer and closer to our table by bumping the back of his chair into mine. This was fine until I needed to go to the toilet. I managed to extricate myself with the aid of an interpreter (I thought my plight would’ve been self evident but apparently not). In the toilet I found individual white terry towelling towels rather than paper towels, all very posh.

My dinner chums went for a smoke on the balcony. I went out, breathed some night air and a lungful of smoke, took a quick snap and then retreated back into the comfort of the dining room.

Given the small portions I wanted some pudding. I opted for the enigmatic ‘Rhubarb, ivory, vanilla’ option.

The ivory as expected was white chocolate with vanilla ice cream, Norwegian strawberries and rhubarb juice but no actual rhubarb – I was so keen to eat it, I forgot to take a photo.

All in all I would say that Park 29 offers great food but it is over-priced with small portions and a very restrictive menu.