I had a crap night’s sleep due to the new people next door watching television late into the night or falling asleep with it on. I don’t know which and I didn’t very much care. Siggy said hello to them in the morning on the balcony while I was hopping around inside the room giving them the a double two-fingered salute.

I saw one of my old holiday books on the shelf in the bar area of the hotel today – Raymond Khoury’s The Sanctuary. It was a hell of a page turner but pretty silly, so I’m not surprised it’s still there. I also saw a cute little lizard next to my sun bed today. It danced off across the hot tiles into the shadows under one of the planters that line the walls of the pool area. I finished the Bernard Cornwell book too. Busy busy busy.

We had lunch at the hotel bar – burger and chips for me, bacon and egg for Siggy which she described as ‘well nice’. We got plagued by wasps again but we managed to take three of the little blighters out. Siggy deftly speared one of them with her fork which I thought was cool in a Karate Kid kind of way. 3:0!

Nothing much happened today and it’s at this point in a two-week holiday that I’d start to properly relax. As it is, we’re going back tomorrow so there’s stuff to think about in that respect given that we can’t keep our room on and we’ll have juggle bag packing and clothes accordingly. We don’t get picked up by the coach until after three so it’s good in the respect that we get more time to chill but to be honest I’d prefer it if we got up and went straight to the airport – it would be less hassle that way. I’m a worrier I guess, but I’m thankful we’re not hiding in a storm bunker on a Caribbean island like some people are at the moment as a hurricane sweeps through the islands.

We went to Salt and Pepper for power ballads, pork chops and spare ribs. It was nice to be recognised by the head waiter even if his wife Juliette Lewis seemed not to. We had nice bread to start – brown and white dinky loaves – with beetroot dip and broccoli dip and some olives. 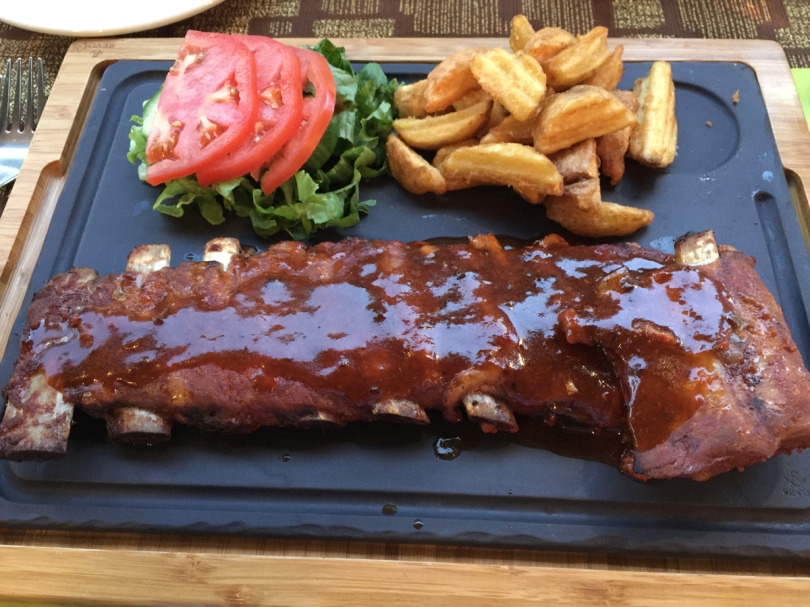 The ribs were so big that they had to be folded over to fit on the board they were presented on. they were served with tasty crispy potato wedges and fresh salad. I managed to eat the ribs with my knife and fork and as it happened it was Siggy who used the finger bowl after picking up her chop to get at the crispy bits. Thankfully there was no sign of any wasps perhaps by virtue of a few well-placed smoke coils.

Our neighbours (on the other side from goggleboxers) the at the hotel – a couple from Stoke and their daughter – who we had been chatting to in the pool today (after a week of not knowing who was next door to us) were at an adjacent table in the restaurant. It was full by eight. 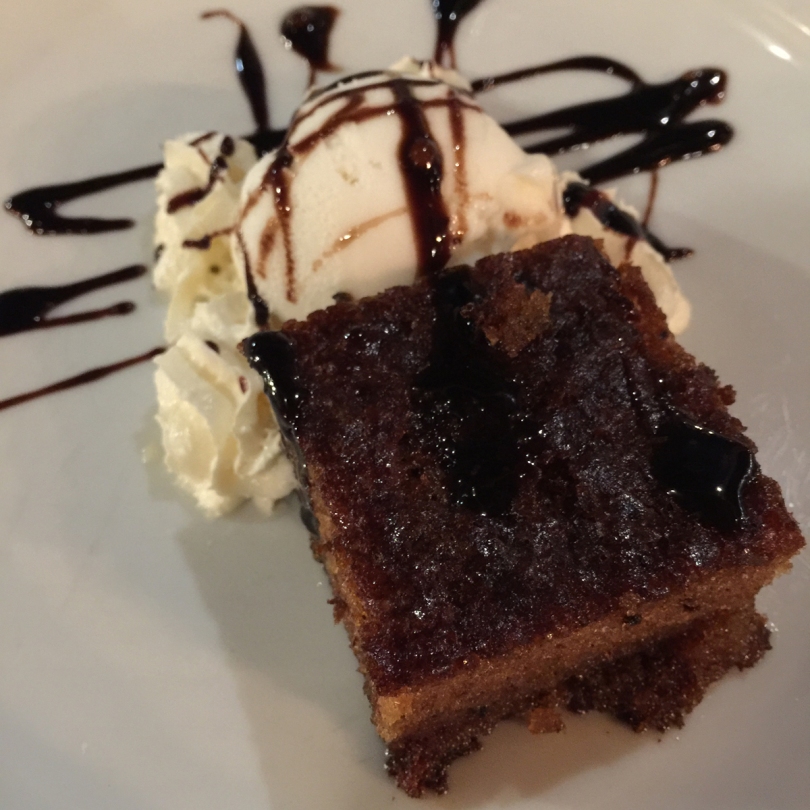 We had creme brûlée and walnut cake and ice cream for dessert.

Then it was Radlers at Victoria – ginger and lime for me and lemon for Siggy. Bigger Radlers at Tiffany. We watched Latvia versus Turkey basketball for a bit and then went to the sports bar where they were playing bingo hosted by the vague quizmaster from Tuesday night. We drank two Black Irish again.

The Premier has stopped their annoying ‘open pool’ policy which caused me so much ire in 2013:

‘The concept of the ‘open pool’ annoys me somewhat. Why should we pay good money to stay at our hotel with its great facilities if then any old Joe off the street can come and use those facilities? I was also baffled to discover that one of the families was staying at the Five Star Princess Hotel – their appearance at our pool didn’t seem to be a great advert for the Princess.’

Now they have signs up saying that the pool is for hotel guests only. I guess now they have twelve extra rooms, they have to make sure there’s room for everyone who’s staying around the pool. It’s a welcome move.