Flowers for Algernon by Daniel Keyes tells the story of Charlie Gordon the first human test subject for a medical procedure that raises his IQ from a lowly 68 to the heights of genius. Algernon is the name of a mouse which has previously had the procedure done to it and is a whizz at solving mazes in the science lab. The original short story of the same name that the book is based on was published in 1959 and won the Hugo Award, the subsequent expansion into a full-length novel in 1966 was joint winner of the Nebula Award.

Given the date of the story it’s no surprise that Charlie is referred to as a moron or retard or that the attitude of the scientists that use him as a guinea pig is that before his intelligence was raised he was less than human. It’s lucky that he has learnt to read and write – it’s a necessary contrivance – or we wouldn’t be able to read his story as a series of progress reports, written almost phonetically to begin with in the first person. Charlie’s language and his memory recall develops over time as the effects of the groundbreaking procedure manifest themselves.

In a relatively short period of time, Charlie finds himself having to cope with the kind of things that we often have to deal with as we grow to adulthood – dealing with bullying, with bad memories of poor parenting, the discovery of sexual feelings and most of all coping with the mysteries of love, understanding others’ needs and finding an identity. Along the way a number of issues such as the treatment of the mentally ill, the fear of growing senile and the effect of high intelligence upon everyday life.

Before the operation Charlie works in bakery owned by his uncle. He has many friends although some of them treat him like a fool. After the operation his co-workers are scared of the change they see in Charlie and after a few months lobby his uncle to make him redundant. It seems they were happy to work with him when he was mentally challenged but as soon as he exceeds their intelligence they are uncomfortable with him.

Charlie attends a scientific conference with the two scientists who transformed him but he is deeply resentful of their attitude towards him and is at a point where he is far more intelligent than any of the people at the conference. He lets Algernon out of his cage which causes a major panic. While everyone is searching for the genius mouse, Charlie finds the critter and then goes into hiding with him. He moves to a new apartment and builds a big three-dimensional maze for Algernon to play in.

However, it soon becomes apparent that all is not well with the mouse. Its behaviour is violent and erratic at times. It is regressing back to its normal intelligence. Charlie works on a theory of regression and soon plots his own demise back to his original mental state. Before this happens he manages to track down and meet his parents and sister with whom he had such a troubled childhood. His sister wants him to stay to help look after his mother who has gone senile, but Charlie is fighting his own form of senility and leaves them to it.

Charlie lives it up with the kooky girl in the apartment next door to his. She likes to go out dancing and Charlie enjoys sex with her and getting drunk. However, the relationship breaks down when Charlie spends so much time away from her in the lab and exhibits regressive behaviour when he’s drunk. He doesn’t care because he loves his old teacher and eventually he finds a balance within his almost split personality which lets him make love to her and discover the joy of a loving relationship – albeit a doomed relationship. They agree that once he regresses back to his original state that it would be too hard for her to bear being with him and indeed his attitude to sex would probably also regress to the allergic state beaten into him by his mother.

Algernon the mouse goes into complete decline and refuses his food. Despite being force fed by his handler, the mouse dies. Charlie takes the body, buries it in his backyard and lays some flowers on his grave. He knows that he will soon follow the same fate.

By the end of the book, Charlie’s writing has regressed reflecting the demise of his mind. He goes back to work at the bakery for a while but he cannot stand being around these familiar people who have seen him change to and from a genius. His memory of what has happened to him is intact and he decides to live in home for the mentally challenged where no-one knows his history.

It’s a very moving story. Charlie is so eager to be clever and then when it happens his whole life is thrown into disarray. To add insult to injury the change is only temporary and his end state feels worse in some ways compared to how he began. Some solace might be taken from the fact that he can remember some of the nice things that happened to him in the few months when he broke through the dark clouds and saw the sun before falling back to earth.

Image adapted from a photo by John T on Unsplash. 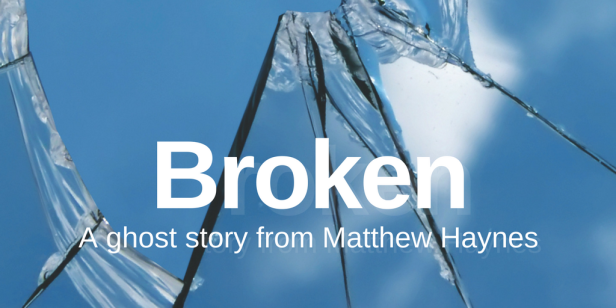