Vippa is situated in a rather trashy area of Oslo among industrial looking buildings, dock sides and fish markets. The building itself is industrial in origin and the small street food kiosks that jut into the large communal seating area made from storage containers. 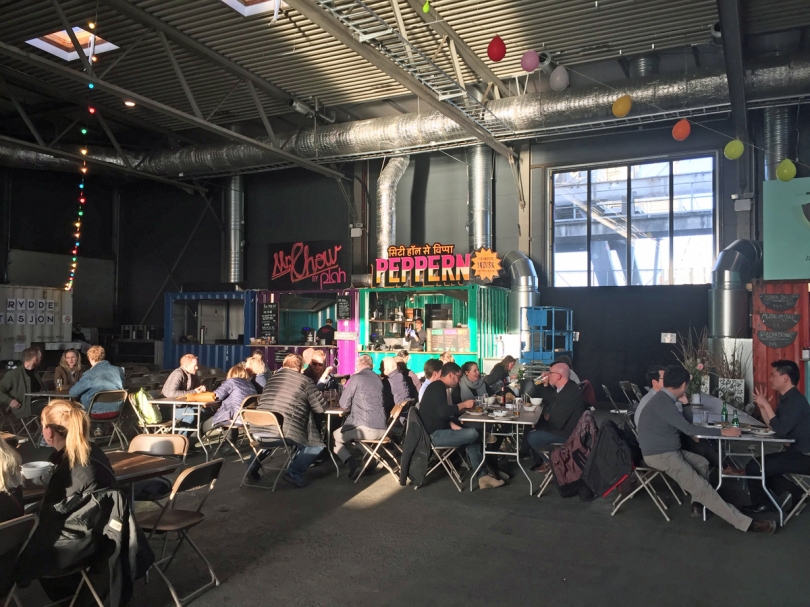 The units were numerous and the dishes they served represented a large variety of the type of food that goes down well with Norwegian hipsters. It’s kind of their answer to a Shoreditch street food market I guess.

Hot Hot Harmonica just had Texas style chili con carni. The bowls all the joints use are quite small and so when the admittedly very tasty chili was placed on top of a bunch of crispy nachos it felt like a starter rather than my dinner.

Other outlets sported names such as Kinabolle, Kompassmat, Pop up (rather unimaginative that one), Aleppo Bahebek who served shami kebabs as pictured below:

Mr Chow served a good line in cinnamon pancakes, Peppern – vegan burgers and chicken samosas, Bowls by Trio did noodles (along with a number of the other places),  Injera Palace served Ethiopian food. I chose this for my dinner after treating the chilli as a starter: 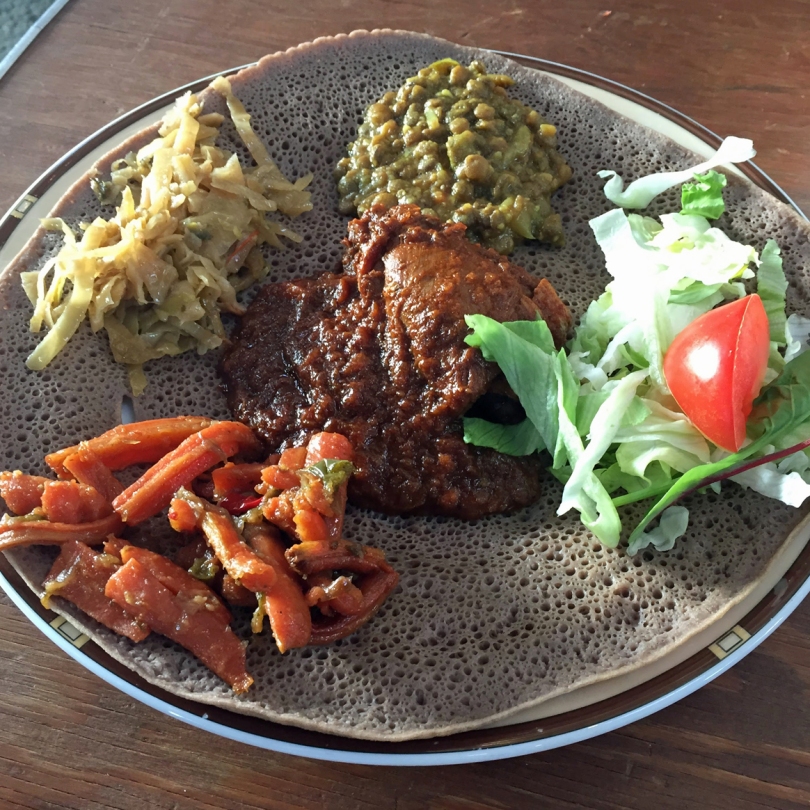 The injera bread was very light and lemony. The chicken was well cooked but not dry with a rich sauce. The vegetables and lentils’ savoury flavours balanced well with the acidic spongy bread. Very tasty and quite authentic according to a chap we were with who had been to Ethiopia quite recently, as you do. 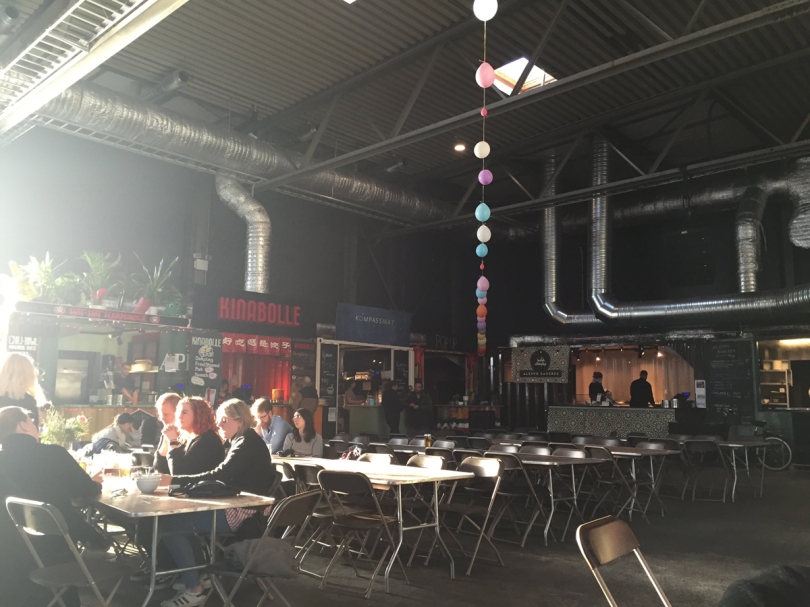 Last but not least was Tunco serving Thai food made from scratch. My friend said that the red curry wasn’t spicy enough, but then they are catering to the Norwegian palette and I’m told that they don’t go overboard with their spices.

There was also a coffee bar and a proper bar serving various alcohols and some good Mack beer, which made a nice change from the omnipresent Rignes.

Among the Middle Eastern, Indian, Thai, and Japanese food I was wondering what Rydde Tasjon meant. There may have been another letter to the first word and I came to understand that this just meant simply ‘clean up station’ where you were expected to deposit your used pots, cutlery and glasses once you’d finished.

Reggae and lovers rock played over the sound system and the atmosphere was relaxed. The sun had finally come out that day and it seemed that Spring had finally sprung. Low lemony light streamed through the windows and while the temperature outside was quite low it was snug inside.

The toilets were situated round the corner of the main building in another converted container and the men’s room had a rather poorly situated urinal which was visible by those people sitting on the nearby tables by the side of the fjord if the toilet door was open.

Overall it was a good experience and a nice change from the pomp and ponce of some of the high-brow restaurants in Oslo. The prices were still rather steeper than you’d experience even in London, but lower than most eateries in the capital.