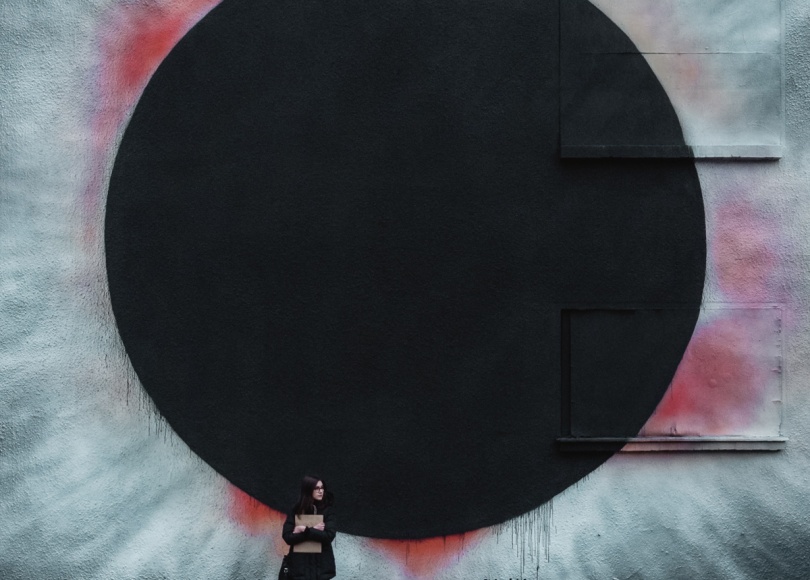 I forgot to mention The Eurovision Song Contest in my last ramble. Originally I was planning to do a dedicated blog post and write it while we were watching it, but that idea went out the window pretty quickly because I’m a man and I can’t multitask. I was maxed out juggling drinking beer, eating crisps and dips, listening to Graham Norton’s commentary and being overly judgemental of each act.

As usual, the UK had a dire song that no singer could’ve really turned into anything that special and the one-man stage invasion that happened while she was singing might have actually got us some sympathy votes rather than hindered. I wanted Israel’s entry to win, because it was the most interesting and original entry, and it duly did after some nail biting voting. These days the quality of entrants is such that there are less ridiculous songs than there used to be, but I still really enjoy it.

When I started reading it, I was convinced that David Mitchell’s Slade House was a left over set of short stories that might well have ended up in The Bone Clocks but instead made it into a short novel. It features a magical brother and sister pair who eat the souls of visitors to their mysterious hidden house every nine years. It was originally written in in a micro-serialisation on Twitter and then supposedly expanded and turned into the novel.

Now I’ve finished reading it, I still think that Mitchell had the thing sitting around after working on The Bone Clocks and the Twitter thing was just an obfuscation to avoid accusations of the publishers asking for money for old rope. It would have been easy of him to slightly tweak the dates of each section of the story away from those in the bigger novel. However, it’s still a good gothic horror novel and I was happy to read more about the ideas and characters introduced in The Bone Clocks. The two novels work together well, but anyone reading Slade House in isolation might not enjoy it as much as I did.

Rather than watch the royal wedding today (I’m completely uninterested in the royal family) among other things I watched three films with a Star Wars connection.

Mars Attacks! which features a young Nathalie Portman (star of Star Wars Episodes I, II and III) as the daughter of the US president, can be viewed as a good Tim Burton film, but not an overly brilliant movie. The effects look rather dated these days and there’s not a great deal of character development despite the pretty cool cast which includes Jack Nicholson, Glenn Close, Pierce Brosnan, Sarah Jessica Parker and Michael J Fox.

The comedy B-Movie martians and their flying saucers are the real stars, but the humour is a little strained and there’s some quite bad acting along the way including Tom Jones as himself who should really just stick to the singing. I have the film in my collection of discs and recently upgraded it to blu-ray, but having watched it I was left questioning why I bothered. There’s no extra features and the HD just makes the effects look even less perfect than they already were.

The Circle (a Netflix Original) is based on the novel by Dave Eggers and John Boyega (star of Episodes VII and VIII) has a small role in the film. The novel is a great read and sits comfortably alongside 1984 and Brave New World in creating a picture of how might feasibly arrive at the dystopias contained within the other books.

The film, which streamlines the story in the novel but keeps the main beats, stars Emma Watson, Karen Gillan and Tom Hanks, and revolves around the rise of an information and social networking giant ‘The Circle’ from the point of view of Mae (Watson) a new starter at their headquarters. It starts off introducing the organisation and its utopian targets through the eyes of Mae and scene by scene descends into painting a Black Mirror style reflection of a future that feels only a few steps away from contemporary digital-obsessed culture.

The Circle eventually comes across as essentially a cultish monopolistic power intent on superseding democracy by allowing everyone access to everyone’s information. Watson (who I used to think had the emotional range of a toothbrush) and Gillan (who I generally find as annoying as a screaming child in a supermarket queue) are unusually good in the film as friends caught in the internal dynamics of the organisation. The ending of the film is as open to interpretation as the ending of the novel.

Snowden (also available on Netflix) is another film based around issues of data privacy and is based on the real-life story of CIA/NSA whistleblower Edward Snowden. It stars Joseph Gordon-Levitt in the titular role and Shailene Woodley (Insurgent) as his girlfriend Lindsay Mills. You might be asking where’s the Star Wars connection? Well, Gordon-Levitt played Slowen Lo (named after a Beastie Boys lyric) in The Last Jedi – he’s the creature that calls in the cops to lock up Finn and Rose. Tenuous I know.

This is an Oliver Stone film and so it doesn’t rush in laying out the narrative, telling Snowden’s personal story and dealing with the data privacy versus national security issues in a two-hour twenty-minute running time. The characters and issues are well fleshed out and there are some great looking cinematic moments.

I understand that the way the subject matter has been dealt with has sparked some controversy given that Snowden is viewed by many as a lone traitor. While it’s a more important issue whether the director has provided an unbiased representation of events and character than it was when he supposedly misrepresented Jim Morrison in The Doors film, I don’t know enough about the finer details to feel comfortable expressing an opinion on the matter in this post. Call me a snowflake if you like. I enjoyed the film as a piece of entertainment and the only gripe I have is that Gorden-Levitt’s nerdy spectacles looked like they had plain glass in them whereas Snowden’s prescription is the real deal (he appears briefly at the end of the film).

Talking of Star Wars – come on! You saw this coming right? The first part of the ‘Solo Season’ for Star Wars Battlefront II arrived during the week on the PlayStation. It was a bit disappointing but has improved the game somewhat. There’s a pretty lame 2-vs-2 hero showdown mode now which is all well and good if you’re paired up with someone of the same ability and character levels, but is a dog’s dinner if you’re not or are facing two players who’ve maxed out their star cards – at least with the 4-vs-4 heroes versus villains mode these player disparities tended to get averaged out. There’s a ‘new’ map which is just a rehash of the Jabba’s palace map that appeared in Battlefront.

There’s the usual load of minor fixes, some tweaks to the menu system – best of which is the clearer character animations as you scroll through your collection – and some new character skins – but they’re bloody expensive and seem like a lapse back into the money-grabbing behaviour that game studios keep getting criticised for. 80,000 credits for Princess Leia’s bounty hunter Boussh appearance seems rather steep to me. They’ve also stuck Starfighter games into the arcade, but I don’t think any of this shiz is what gamers really want. What they really want is new 40 player maps and new characters, not gameplay variations and skins! I’d happily go back to paying for a season pass if it meant we actually got some decent new multiplayer maps. Anyway, let’s see what the second part of Solo Season gives us in June.

Photo by Viktor Nikolaienko on Unsplash