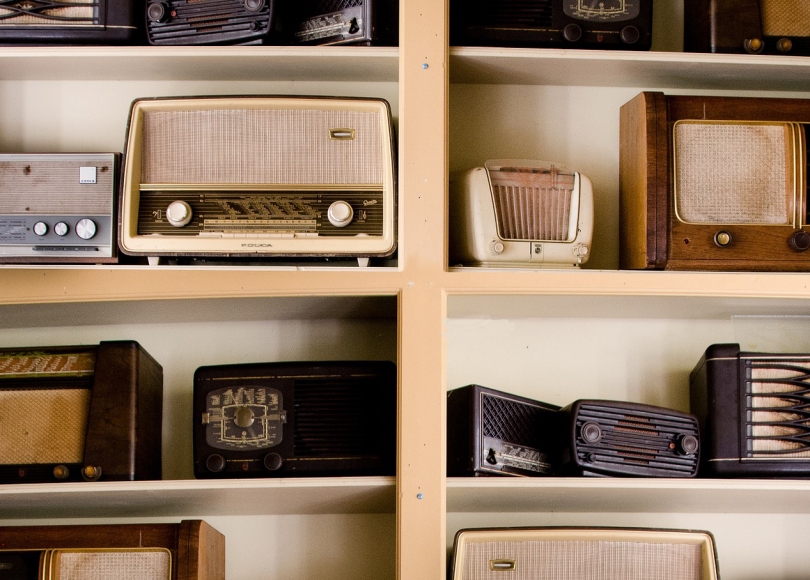 Written around 1952 after Gather Yourselves Together, also a non-science fiction novel, Voices from the Street was not published until some 55 years later. I bought the 2014 Gollancz Science Fiction edition although the story is contemporary realist fiction based in a small West Coast US town of Cedar Groves a bus-ride down the freeway from San Francisco. I was very conscious while I was reading it that this was the last Philip K Dick book I had left to read after starting so long ago with Do Androids Dream of Electric Sheep.

In Voices from the Street Stuart Hadley is unhappy with his job in a radio and television sales and repair shop called Modern TV Sales & Service which is owned by his picky boss Jim Fergesson who lives is a far grander house than Hadley could ever afford. Throughout the book Hadley is plagued by the idea that he is stuck in a rut – the job, his pregnant wife, his house all acting as anchors weighing down his dying ambitions.

Hadley initially turns to the bottle to try and drown his sorrows and when that doesn’t work he has a desperate dalliance with a doom-mongering religious movement called the Watchmen of Jesus and a will-they-won’t-they friendship with Marsha, a slightly older woman, who Hadley finds revolting in many ways but who he is inexorably drawn to as his despair and need to escape his current life escalate.

Given the time it was written it’s no surprise that the book is peppered with sexist and racist dialogue and it’s a huge deal for Hadley when he finds out that Marsha has been sleeping with the charismatic black leader of the religious movement. Hadley’s two Jewish friends are also the subject of some hateful passages as he decides to disown them due to his idea that they are fundamentally weak people. Hadley has a violent maelstrom of underachievement inside him and when Marsha takes an interest in his old paintings he is drawn toward her despite his distaste for her communist politics.

The book contains similar themes to Dick’s other early non-science fiction works such as Humpty Dumpty in Oakland – the dangers of chasing the American dream too far, of drink, of women and of subcultures – and there are also some commonalities of characters across these early novels, although no cross-over in plots.

For instance, Stuart Hadley works for a character named Darius Pethel in Dicks 1966 sci-fi novel The Crack in Space. Pethel is very similar in character to shop owner Jim Fergesson. Fergesson also appears in Gather Yourselves Together, Humpty Dumpty in Oakland and in Dick’s 1965 sci-fi novel Dr. Bloodmoney, Or How Got Along after the Bomb.

As a result of all this similar thinking, I believe that the author is exploring and trying to work through his hang-ups about his life as a struggling writer in a difficult marriage. Indeed, the violence of the scene in which Hadley finally has sex with Marsha at a deserted motel seems like an overly overt rejection of the idea of an affair. I have a detailed biography of Philip K Dick to read sometime soon and I’m sure I will learn more about the author which will inform my reading experience if/when I decide to reread his work (I rarely keep hold of books these days but Dick, along with Stephen King, Iain (M) Banks and Murakami are the exception).

While the violent sex is the start of a spiral of drunken madness which sees Hadley beat up, hit by a truck and smash his face through the glass of the door of the store (losing an eye and his good looks in the process) it is interesting to see that in the end Hadley returns to his wife and baby son and starts making a new home with them. His ambitions as a painter are converted into the effort of painting their new home and various DIY tasks, before he turns his attentions to ideas for a new small business.

In a lot of ways this seems like an acceptance of defeat – the world has beaten him into submission with an inevitable power akin to gravity. Indeed, it feels like it won’t be long before the self-destructive bomb inside Hadley will start ticking again. Maybe he should try writing some science fiction?