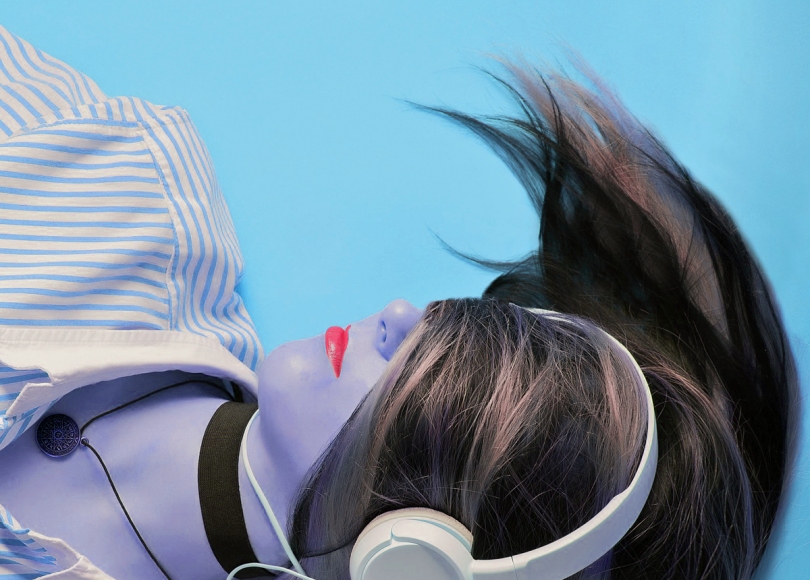 Spotify has irrevocably changed my listening habits and while I’m consuming a wider and more diverse range of music, I find when I’m presented with such a plethora of riches that it is hard to concentrate on one thing for any great length of time. #firstworldproblems.

Tranquillity Base Hotel & Casino didn’t win the Mercury Prize this year, but it should have. All the tracks are quite low-tempo but I love how joined-up the Bowie-esque album is and it reminded me of Mansun’s Attack of the Grey Lantern album. The story isn’t completely clear, even after perusing the lyric sheet, but Alex Turner’s vocals are amazingly evocative and he still has a quirky turn of phrase. I miss the energy of the Arctic Monkey’s early music, but I bought this on CD because I needed to own it as an object rather than a bunch subscribed of zeros and ones. Call me old-school if you like.

Classic Rainbow is a greatest hits compilation and the only Rainbow CD in my collection. I think I picked it up for around £3 from Tesco about eight years ago and since then it has spent a lot of time in my car stereo. Like Queen’s Greatest Hits volume 1, the tracks are not arranged in chronological order which can be a little strange on the ears as the musical style of the heavy metal group changed over time and the 80s tracks jar badly with the 70s tracks. I wrote a blog post specifically about this album as part of my glacial-speed CD Marathon.

The Beatles ‘White Album’ 2018 special anniversary edition is a late entry into this list as it’s only been out a matter of weeks on Spotify, and indeed I’ve not listened to it all yet. The 2018 remaster of the double-disc album is great sounding and all the demo and rehearsal versions of the classic tracks on this eclectic album are great to listen to – not only to hear the development of the lyrics but also how much fun The Beatles seem to be having despite the stories about how this album signalled the beginning of the end for the band.

‘Ocean’ and ‘Don’ are miles apart in terms of the sound but were in my Top 5 most listened to tracks on Spotify this year (among some of Siggy’s favourites given that she has a playlist on my account which she often listens to).

Goldfrapp’s track listing is my ever-present soundtrack when I am writing this blog and the rare occasions this year when I’ve been writing my fiction, but the single version of ‘Ocean’ is special in that it features Depeche Mode’s lead singer as guest vocalist and the song suits his voice perfectly.

‘Don’ on the other hand is a brilliant example of why I think Ocean Wisdom is one of the best hip-hop artists to come out of the UK in a long time. I hope he continues to be successful and carve his own path through all the crappy mumble-rap and US cash cows.

Honourable mention also goes to all of Sigrid’s singles (which I probably like because they sound to me like Lorde), Katy Perry’s dis-track ‘Swish Swish’ with Nicki Minaj’s excellent guest spot, the Adam Buxton podcast (again) and Athletico Mince.

Buxton has a diverse mix of people on his podcast and the mostly hour-long episodes are consistently interesting, heart-warming and amusing. He’s still got time for silly songs and sponsor adverts, and walks in the country with his dog and there’s still that red thread of humanity and a kind of needy vulnerability in his stuff.

Athletico Mince is a joint effort between Bob Mortimer and Andy Dawson. It was supposed to be comedy podcast about football, but the connection these days is rather loose. The duo have built up a range of fun characters based on football managers, stars of the English Premiership League, Barry Home-owner and Jeremy Corbin, and Bob enjoys giving us weird Scottish ballads in which people normally die after being confronted by unexpected faces of minor celebrities. It’s almost as funny as Taskmaster.

In terms of gaming, I think I’ve probably spent more time on my PS4 this year than in 2017. I’m not sure that this is a good sign, but when you don’t have a clear direction for your new book, you find distractions where you can.

And, as they say, in no particular order, here are the three games that took up most of my time in 2018:

Assassins Creed Origins was simply spectacular and at the time I thought it was the best instalment of AC yet. I found the gameplay to be a bit of a cakewalk (especially compared to Odyssey), but what it lacked in challenge it more than made up for in spectacle and storytelling. The landscapes of ancient Egypt are so atmospheric, magical eye-candy at its best, and it didn’t surprise me that the game developers took four years over it. I’m not much of a fan of ancient Egypt but obviously it fits perfectly with the Assassins Creed back story of an ancient alien race guiding civilisations on Earth.

As does Assassins Creed Odyssey, which seems gigantic, even compared to Origins, in terms of the amount of places to visit and quests to do. I’ve spent over 100 hours playing on it so far and I’m still nowhere near completing any of the quest lines. In fact some of the quest lines are looking unachievable. I got my ass handed to me by the (real) minotaur more times than I care to mention (and even when I set the difficult down to ‘easy’ temporarily). I say ‘real’ because there’s quite a fun storyline where a guy with a mask on is ripping off tourists pretending to be the minotaur.

There’s some debate as the whether the gameplay in Origins and Odyssey has strayed too far into the realms of roleplaying games such as the excellent Oblivion and Skyrim and that the games as a result are losing their Assassins’ Creed-ness, but for me as long as you can still sneak about, stab people in the neck, and climb all over the tops of buildings then I’m happy. Sure, they’re aren’t that many tall buildings in Ancient Greece, but there’s a cult to take down, a great main story, and unwitting AI to creep up behind and despatch in a variety of ninja-like ways.

Where do they go next? Well I think the answer is obvious. If ever there was  a time and a place ripe for using as a back-drop for an AC game then it’s feudal Japan.

Star Wars Battlefront II has been the subject of numerous posts and mentions which you can find by clicking on the PS4 tag on the bottom of this post if you are so inclined. I’ve spent uncountable hours on multiplayer games, finally got the hang of the starfighter modes and got all my characters up to the maximum level (not the special characters – I have a normal day-job to do!).

The long hyped Geonosis multiplayer map of chaos was a good laugh but DICE have been serially guilty of providing pretty naff DLC content and game updates (which have been mostly centred on fixing problems with the original release).

My interest in the game is waning, but I’m sure I could be lured back if Biggles calls me up and wants to have an go online. Also last night I came across a YouTube video talking up the next DLC with a new game mode and Count Dooku and Anakin characters. It’s good to see that content is still planned but I can’t help thinking that this is a ‘hearts and minds’ exercise following the monumentally bad reaction to the game’s state at release and a precursor to another huge money-grab in the form of Star Wars Battlefront III.

You’ve got to push those clankers back!

That’s probably me done for the year. It’s been my best year for about three years in terms of traffic, so I thank you all, and wish you all a very Merry Christmas and a Happy New Year! See you then for more shits and giggles!