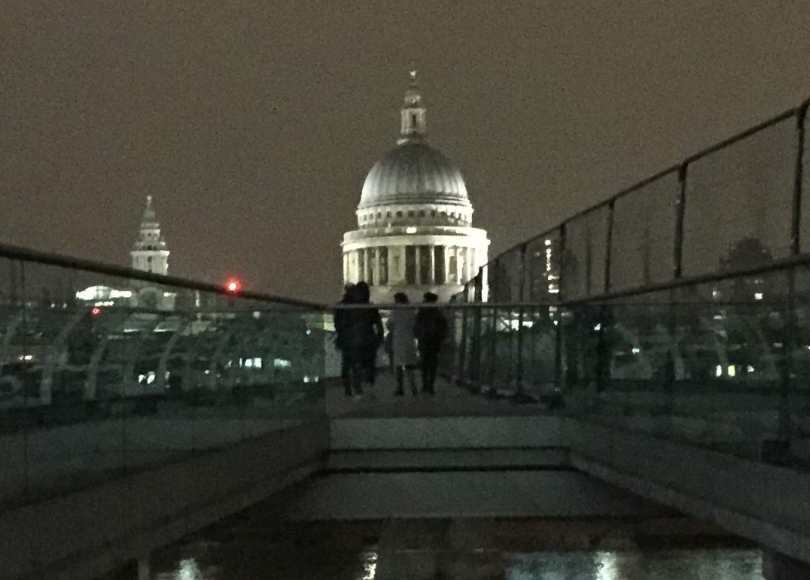 Our second day in that London starts off with bacon butties and fruit juices at the hotel and a large amount of indecisive umming and ahhing about where to go and what to do. Only our booking for dinner is a fixed item in our agenda. As Siggy rips her bread with cold butter, a trip to the Globe theatre is considered (but we’re not entirely sure whether they do tours), as is HMS Belfast but given its closeness (just across the Millennium Bridge and over the River Thames from the Tate Modern) it seems stupid to pass up a trip to the iconic St Paul’s Cathedral. 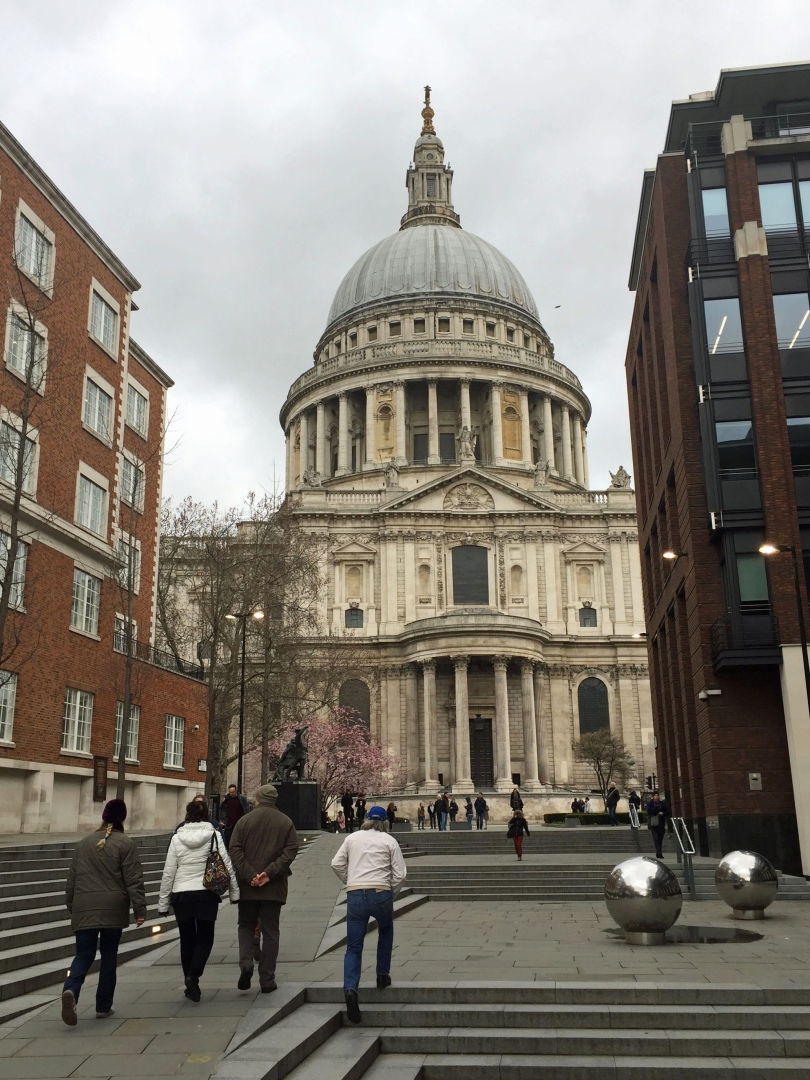 I visited when I was wee nipper and remembered being scared shitless when we ventured up to take in the views of the sprawling city from the outside the dome. I don’t recall having to pay £20 for this horrific experience, but that’s what the admission fee is these days (for adults). Also you’re not allowed to take photos inside. Which is a damn shame because we find that the architecture, mosaics and carvings are brilliant. Some of them even sparkle in the sunlight due to the use of cut glass.

Siggy gets over her dislike for narrow spiral staircases and we venture up and up to the inner and outer viewing galleries on the bottom and top of the cathedral’s dome. The wind is very strong that day (even by usual British weather standards) and so the views are admired through tear-filled eyes and photos taken with a tight grip on our phones and other people’s long hair whipping around us.

Then its back down on wobbly legs to listen to some more of our audio guides (very interesting and included in the admission price) and take a look in the crypt, where among others, British military and naval superstars The Duke of Wellington and Nelson are entombed, along with architect Christopher Wren. We pass up the opportunity to buy some over-priced souvenirs or food, use the toilets (like coffee for Jack Reacher, we get our toilet breaks when and where we can) and exit via the gift shop.

We nip around the corner to a convenient co-op and get some pop and cake, which we eat in Paternoster Square next to the Cathedral and home to Channel Four’s First Dates restaurant or to give it its real name the Paternoster Chop House. More about that later.

With the prospect of an expensive dinner looming we go for the path of least resistance and end up getting lunch from the nearby McDonald’s. Such a contrast to Day 1 I know, but every once in a while it just makes sense. It also allowed us to continue our discussion on what we were doing that day. London has so much to offer that it seemed like far too unspontaneous to plan everything out beforehand.

We discounted any further art galleries as I didn’t want to monopolise the visit on art and to be honest the Tate Britain, the Barbican Centre and the Hayward Gallery didn’t have anything on that we wanted to see, or hadn’t already seen. Having very much enjoyed York’s transport museum I made the mistake of suggesting that we go to the London Transport Museum near Covent Garden. In fact we tossed a coin for HMS Belfast or the museum and the boat won, but I thought Siggy might rather go to Covent Garden again than on a smelly old ship. So I took one for the team. 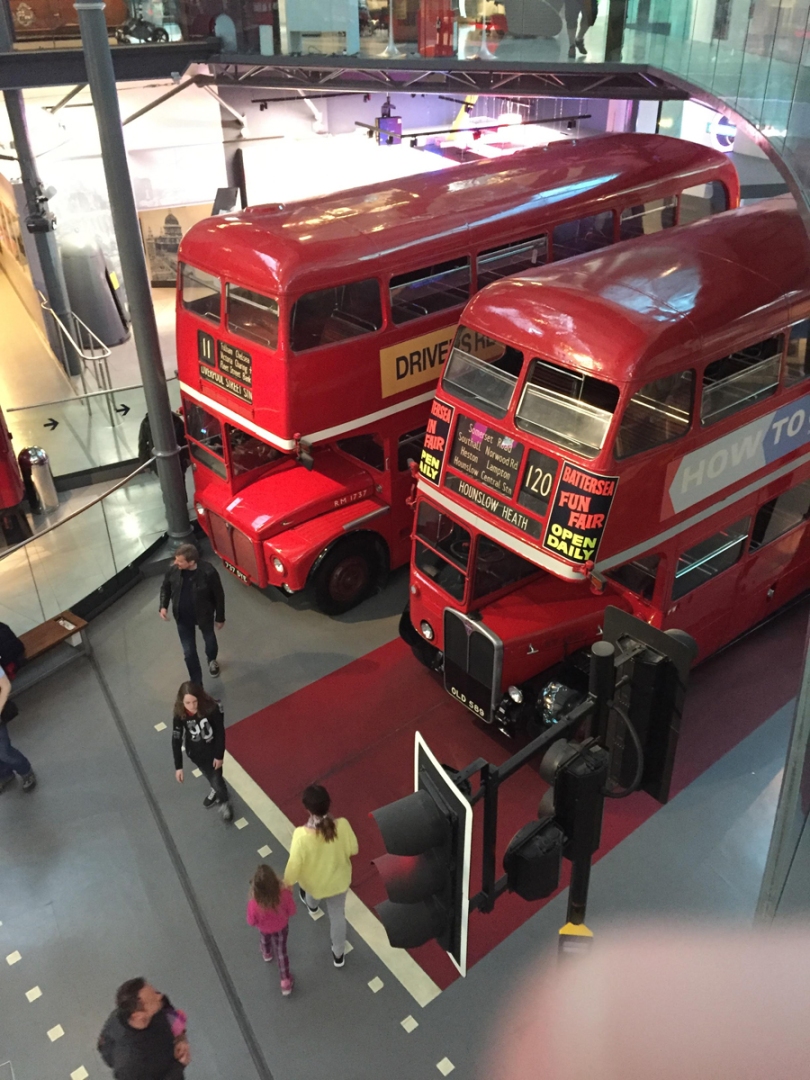 London Transport Museum is effectively an over-priced creche for over-excited children just waiting to inflict various ear-splitting tantrums on everyone in the building. The pram and trolley park near the entrance really should have given us the clue we needed to turn around and go somewhere else. Anywhere else. As it was, we endured as much as we could, but even in the absence of any annoying kids I don’t think I would’ve enjoyed it all that much.

The vehicles inside help tell the story of the development of public transport in the city from the days of horse-drawn carriages to the fancy curved red buses we see mowing down cyclists on the streets of London, but access inside the exhibits is very limited and the whole place seems set at knee-level geared up for family trips. Not for me. I have a ticket valid for re-entry until March 2020, but really it’s not going to happen. Ba humbug. 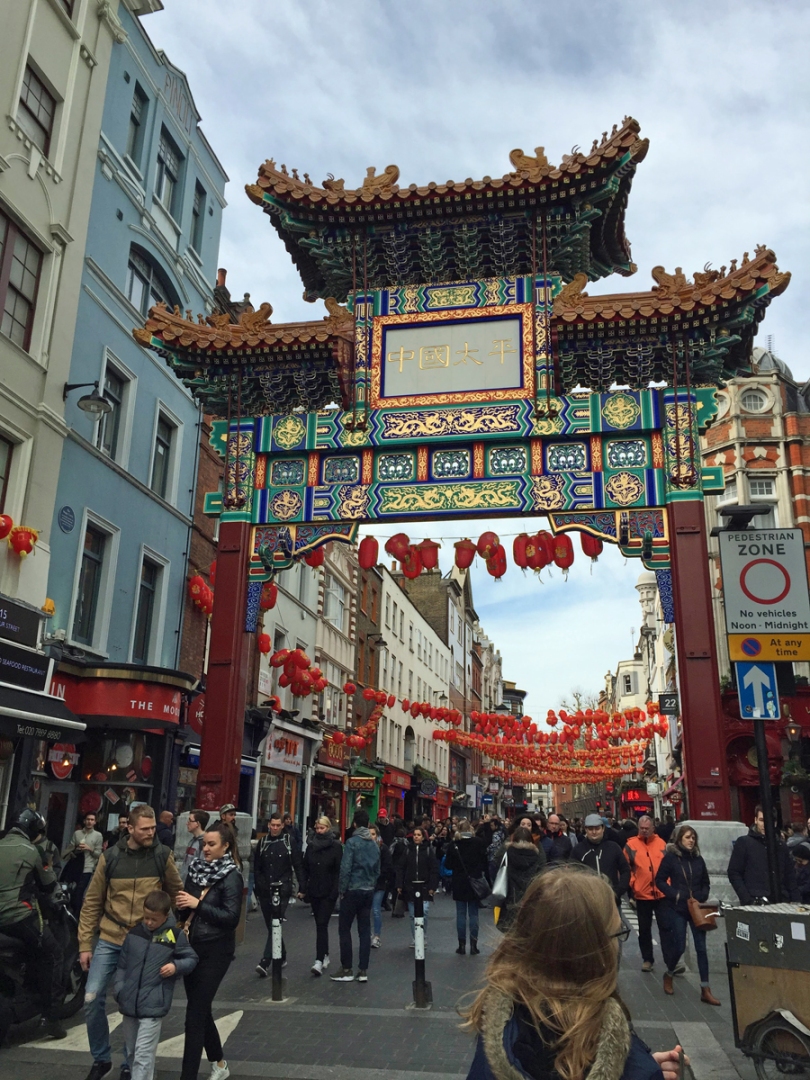 We exit via the gift shop and I demand to go to my favourite Onitsuku Tiger shop near Carnaby Street to buy some trainers to cheer myself up. Retail therapy ahoy! If Siggy behaves herself she can go to Liberty’s. We walk through Chinatown over to Carnaby Street and find said shop. The shop assistant admires my blue Tigers and I tell him that I got them from this very same shop about four years ago. Your welcome.

I calm down, sit down, oh sit down, next to Siggy, and try on some Mexico 66’s but nothing really takes my eye apart from some amazing hand-stitched imports from Japan. The price tag comes to more that the price of our hotel room and so I pass. I still have some trainers waiting in boxes from last time I visited. I’m happy to admire the artful imports at a distance like a Tanning painting, fix them in my memory and then move on.

Siggy gets to stare up at the ceiling in Liberty’s, avoids buying a greetings card for £5 and buys me a hazelnut latte and a pecan tart from a nearby Patisserie Valerie who have some damn friendly staff. The wind is picking up again and threatening to tear off the canvas cover from a motorcycle parked outside. I look around for a plastic carrier bag dancing in a vortex but they cost too much these days for anyone to discard willy-nilly.

We then walk back to the hotel via Regent Street, Piccadily Circus, Nelson’s Column and the Golden Jubilee Bridge where lots of people are nebbing at some police vehicles parked up perhaps waiting for the demonstrators who were assembled around Nelson’s column to come have a bit of a march along some cordoned off bit of road near the river. Some of green men on the pedestrian lights in that area have been changed to intertwined female symbols reminding me of that awkward symbol phase Prince went through.

We walk along the south bank back past the Fowler’s Arms and are allowed in and out through the back door of a newsagent’s more or less opposite if we buy a bottle of water. Which we do. This lets us get back to the hotel in the increasingly shitty weather somewhat more quickly than having to walk around to the Tate Modern.

In the evening we have a quick drink at the deserted The Saint bar and restaurant at Paternoster Square and then go to the Paternoster Chop House and pretend we’re on television for an hour or so. None of the staff at the restaurant are those that appear on the TV show, but the interior is more or less the same and so too is the food.

I take a photo of the toilet door and post it on Facebook with ‘guess where we are!’ message. Biggles replies ‘In the women’s toilets?’. We spend way too much on food, but it feels worth it. YOLO and all that. The London Transport Museum is distant memory.

Afterward, we revisit The Saint (it’s still dead) and then walk around the corner of St Paul’s to Ye Olde London, a pub down the road from the McDonalds, that serves Camden Hells lager. It’s a typical London boozer populated by nonthreatening cosmopolitan types with Jonathan Ross silenced on the TV. As we walk back through the spitting rain and roaring wind I take a couple of speculative photos of the city lights.

Leave a Reply to A Librarian Opines Cancel reply