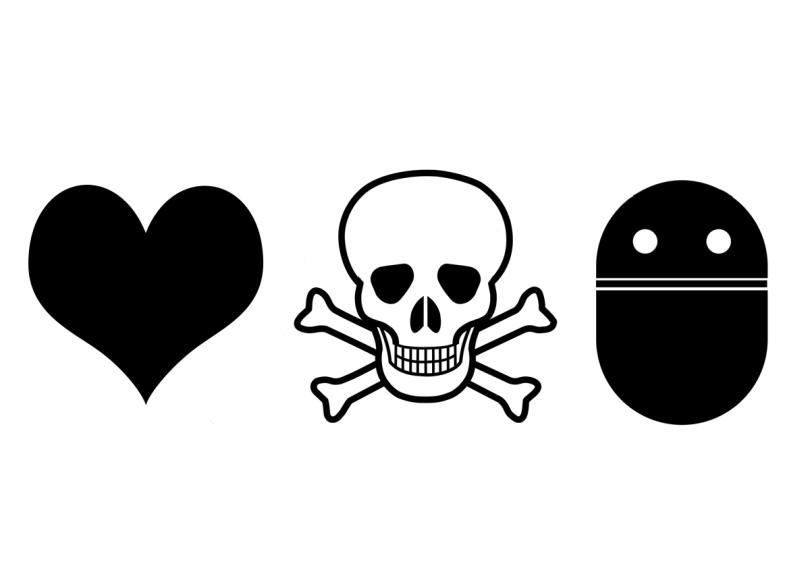 Love, Death & Robots is a new 18-episode science fiction / fantasy anthology series on Netflix with episode lengths ranging from 6 to 17 minutes. The result of a plan to adapt graphic novel anthology series Heavy Metal for the big screen gone awry, the show is like a YouTube hopping nerd-fest for people with low attention spans and an open mind about the portrayal of female characters on TV.

It is dished up by exec producers Joshua Donen (Gone Girl), David Fincher (Fight Club), Jennifer Miller and Tim Miller (Deadpool) and consists of mostly super hi-def computer graphics, sublime looking two-dimensional animations, and augmented live footage. Some episodes play out like extended cut-scenes from epic computer games while others feel like you are watching an entry to an artful animation competition.

With its 18 certification, the series is not for the thin-skinned or faint-hearted. It serves up extreme violence, nudity and all sorts of bizarre shit in great big steaming dollops of varied and wonderful creativity. That said, it doesn’t take itself too seriously; there is a lot of humour to be had, even in the stories that ‘aren’t meant to be funny’. Different episodes were animated by teams from a range of countries which helps explain the wide range of aesthetics on show.

Love, Death & Robots is so much better than the offerings so far from Oats Studio and a massive high-five to all the science fiction fans who might have felt let down by Philip K Dick’s Electric Dreams. Some reviewers are suggesting that you can dip in and out of the episodes in any order you want depending on how much time you have like some ADD riddled fan-boy. I consumed it in the order it was presented, like a starving man faced with an all you can eat buffet and had it done in two 9-episode sessions.

Here’s a quick overview of the delights on offer with studio and director in brackets after each title, and I’ll try and avoid too many spoilers. All episodes were written by Philip Gelatt (Rise of the Tomb Raider) based on top quality source code unless otherwise stated:

In the relatively long opening episode, ‘Sonnie’s Edge’ (Dave Wilson, Blur Studio) a scarred woman, voiced by Helen Sadler (True Blood) remotely controls a monster in an underground ‘beastie’ fight. She’s asked to throw the fight by the organisers but she’s not into that, for reasons that become clear when she reveals her fighting edge.

The episode was based on a story by sci-fi master and local boy Peter F. Hamilton. The graphics reminded me of games like Bioshock and Assassins Creed, and the story has left a niggle in my brain that I’ve experienced this very same plot point before. If it ever comes to me when and where I’ll update this post.

Tim Miller’s Blur Studio, does a heap of work in video games and recently did the Bond-esque opening credit sequence for Fincher’s version of Girl with the Dragon Tattoo. In many episodes manual CG animation skills have been coupled with the performance-capture techniques widely used in the Marvel films and suchlike.

‘Three Robots’ (Victor Maldonado & Alfredo Torres (Trollhunters), Blow) is based on a story by Hugo award winner John Scalzi. It’s a short comedy spin based on three robots touring a post-apocalyptic city and commenting on humanity. There’s some Terminator references thrown in for laughs and some cat-based hi-jinks. The robot designs are very interesting and kind of in line with Wall-E type animation. Gary Anthony Williams’s voice for the very expressive X-BOT 4000 might be familiar to anyone who had the misfortune to watch Teenage Mutant Ninja Turtles: Out of the Shadows in which he voiced Beebop.

‘The Witness’ (Alberto Mielgo, Pinkman.TV) was also written by Mielgo who according to IMDB was in the art department for the recent cool-looking big screen animation Spider-Man: Into the Spider-Verse. I’m intrigued by the animation in the ‘The Witness’, because it looks to me like live footage has been drawn over. The effect is not to the extent of the rotoscoping of A Scanner Darkly but the movement of characters is so natural despite the stylistic clipped editing I don’t see how it can be pure CG.

It’s certainly one of the stand-out episodes with a kinetic neo-Hitchcock vibe set in some hyper-sexualised claustrophobic neon-lit future city with a Hong Kong feel. The premise is simple in that a woman witnesses a murder and is then chased through a series of scenes by the murderer. The ending is cute without being too cliched and rounds off the short in super cool way. If anything summed up the pure bonkers-ness of Love, Death & Robots then it’s ‘The Witness’.

Despite the lovely animation style of ‘Suits’ (Franck Balson, Blur) I didn’t think the story was particularly great. I’m a bit bored of seeing hordes of flocking nasties getting blown away with a variety of intense weapons to be honest. Very reminiscent of Matrix Revolutions and various Japanese anime, albeit seemingly set in America.

‘Sucker of Souls’ (Owen Sullivan, Studio La Cachette) is based on something by horror writer Kirsten Cross. It features a mercenary team protecting Dr Wehunt an archaeologist on a dig somewhere in Eastern Europe who uncovers a bloodthirsty monster with predictably bad consequences. The visceral sense of energy is impressive, while the story seems to coincide slightly with Elizabeth Kostova’s The Historian which I happened to be reading at the time. Dr Wehunt is voiced by Michael Benyaer who had a small part in Deadpool.

‘When The Yogurt Took Over’ (Victor Maldonado & Alfredo Torres, Blow) is another fun item, a warning about meddling with genetics, from the same studio that brought us ‘Three Robots’. It’s the story of sentient dairy product which takes over the world and wouldn’t be out of place in a Douglas Adams book. Janis Robertson wrote the episode based on an idea from John Scalzi, and it is narrated by animanaic Maurice LaMarche (Brain in the classic Pinky and the Brain).

The seventh episode is entitled ‘Beyond the Aquila Rift’ (Léon Bérelle, Dominique Boidin, Rémi Kozyra, Maxime Luère, Unit Image) based on a story by the prolific sci-fi author Alastair Reynolds. An error in the course plotting of some kind of FTL jump gate means that a star-ship winds up way off course. The captain wakes from cryo-sleep and is greeted by a face from his past. The CG animation in this episode is exceptional and the storyline both touching and horrific.

‘Good Hunting’ (Oliver Thomas, Red Dog Culture House) is the most anime of the episodes in this anthology looking like very nice two-dimensional hand-drawn animation. It’s a breath of fresh air after so much hard core science fiction.

Based in an alternative 20th century cyberpunk China / Hong Kong it’s the story of how a boy befriends Yan, a shape-shifting girl, and as the years go by uses his skills as a robot maker to help her get revenge on her would be lords and masters. Original author of the story is the American ‘silk-pink’ writer Ken Liu, and adult Yan is voiced by TV show regular (and Doctor Who one-timer) Elaine Tan.

‘The Dump’ (Javier Recio Gracia, Able & Baker) is fun story from the same guy that brought us the delightful Bubba Ho-Tep. Ugly Dave runs the dump, which is also where he lives with his mysterious pet. A city inspector comes along and tries to shut him down but Dave’s not listening.  Ugly Dave is voiced by Nolan North who, among many other things, voiced one of my favourite characters, The Kraang, in the Teenage Mutant Ninja Turtles TV show.

‘Shape-Shifters’ (Gabriele Pennacchioli, Blur) is a great story about two werewolf marines based in Afghanistan and their struggle for acceptance and with the enemy. Written by German-born Frontlines series author Marko Kloos it has some touching moments wrapped inside a fantasy-horror envelope. The reaction toward the ‘dog soldiers’ by fellow jarheads is similar to the attitude of the police toward ‘skin jobs’ in Blade Runner 2049.

‘Helping Hand’ (Jon Yeo, Axis) is 127 Hours in space. A space-suited woman gets hit by space debris while doing a routine EVA maintenance job in orbit around the Earth. Running out of oxygen, she has to make a sacrifice in order to get back to safety. There’s a nice nod to the Alien tag line, in space no one can hear you scream, along the way. If you remember the episode of Doctor Who in the Peter Davison era when he throws a cricket ball to get himself out of a pickle in space then your along the right lines. Physics, yeah baby!

‘Fish Night’ (Damian Nenow, Platige Image Studio) is based on another Joe Lansdale idea and is one episode that I found a bit ‘meh’ despite the great visuals. Two sweaty salesmen break down on a back road in the desert, and share a vivid experience at night. The young salesman who meets a very peculiar end is voiced by Yuri Lowenthal who happens to voice Spider-man and Peter Parker (obviously) in Marvel’s recent console game. The kinda cell-shaded style is reminiscent to the Borderlands games.

Episode 13 is the cracking ‘Lucky 13’ (Jerome Chen, Sony Pictures Imageworks ) another Kloos adaptation. A military pilot, played by the distinctive Samira Wiley (Orange Is the New Black), reminisces on her missions aboard a drop-ship nicknamed Lucky 13. The graphics are superb and the story is pretty cool too.

‘Zima Blue’ (Robery Valley, Passion Animation) the second of two Alastair Reynolds adaptations and couldn’t be more different from ‘Beyond the Aquila Rift’. No doubt influenced partly by the real story of Yves Klein’s International Blue (a colour that’s close to my heart and features as a company name – IKB – in a couple of my novels, and coincidentally independently also features in one of William Gibson’s books) it tells the story of a world famous artist intent on creating his life’s work and going out in style.

The style of animation is a work of art in itself and the story is dang clever. I guess you could say that there’s a bit of 2001: A Space Odyssey mixed in there too with the (albeit blue) monoliths. Zima is voiced by family guy Kevin Michael Richardson.

‘Blindspot’ (Vitaliy Shushko, Elena Volk) was also written by Shushko and is a kind of hi-tech Mad Max style story of a road-based heist. It’s a nice looking episode but rather weak story-wise in comparison to others. Fun fact – the lucky rookie is played by the same guy who played young Austin Powers in Goldmember– Aaron Himelstein.

‘Alternate Histories’ (Victor Maldonado & Alfredo Torres, Sun Creature) is a pretty hilarious story based on running through a series of six scenarios in an ‘alternative history simulation app’, showing us Hitler’s demise in various timelines. Other educational timelines include the ‘Abe Lincoln shoots first option’ which has to be an inevitable Star Wars reference. The voice of the simulation is played by video voice-over regular Rebecca Riedy.

The final episode ‘The Secret War’ (István Zorkóczy, Digic Pictures) is somewhat of an anti-climax and feels like a kind of re-run of what we already saw in ‘Suits’. Based on something by David W. Amendola, who contributes to SNAFU – a military horror anthology – along with the previously mentioned Kirsten Cross) it shows us a platoon of WWII Russian soldiers hunting down and eradicating monsters in the forests of Siberia.

The episode feels very much like an extended cut-scene from a Wolfenstein-type computer game and while still impressive the graphics aren’t quite up to the mark set in ‘Lucky 13’ or ‘Beyond the Aquila Rift’. A voice that stands out in the episode is that of Stefan Kapicic who voiced Colossus in Deadpool.

All told Love, Death & Robots is a really great showcase of creative animation and I intend to re-watch choice episodes for the sheer joy of it all. 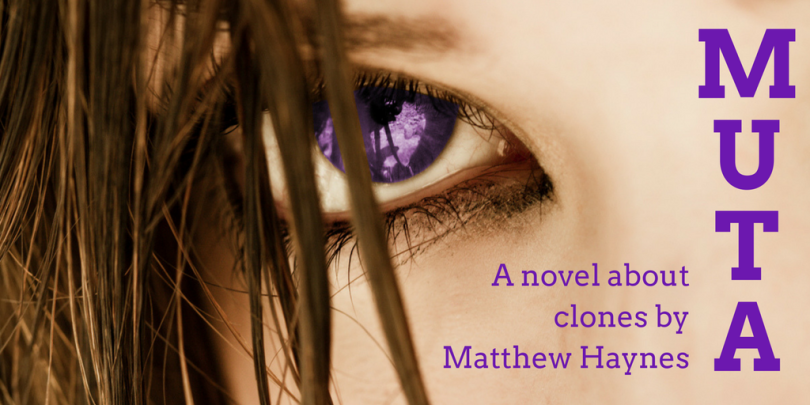