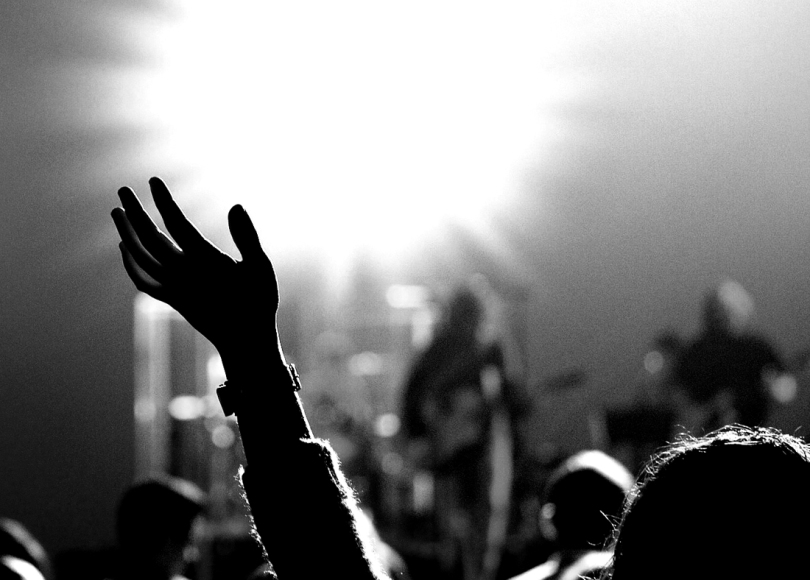 Episode 3 of Black Mirror ‘Rachel, Jack and Ashley Too’ was the highlight of Season 5 for me, and that came as big surprise because I am not a huge fan of Miley Cyrus who plays the frustrated pop sensation Ashley O who is managed by her manipulative auntie played by Susan Pourfar (The Sinner). Ashley O’s story seems to be a common one of a young talent being manipulated by her elders for their personal gain with no respect for their mental health, wants or aspirations. It reminded me somewhat of the reality played out in the upsetting documentary Amy about Amy Winehouse.

Naïve teen Rachel played by Angourie Rice (Spider-Man Homecoming) and moody Jack played by Madison Davenport (From Dusk Till Dawn TV show) are sisters with different musical taste – Rachel likes Ashley O, Jack likes rock music like The Pixies – stuff her mum (who died) used to like. They are looked after by their dad played by Marc Menchaca (who I last saw in Ozark) a pest control agent working (conveniently) on a mouse robot designed to zap real mice with a taser – but he hasn’t quite got the voltage right and during a scene to demonstrate the prop it fries one of his test mice.

Rachel gets an Ashley Too for her birthday – the peak of merchandise in the form of a little dancing desktop android who carries the personality of Ashely O in its programming and behaves like a creep Alexa device. Meanwhile Ashley O has secretly come off her meds administered to her by the in-house doctor to make sure she (and her music) stays happy.

Ashley’s potential mutiny from her auntie’s grand scheme is stymied by her being poisoned and put into a medical coma. They extract new songs from her brainwaves and build a holographic version of Ashley O called ‘Ashley Eternal’ to replace her. In this sense it’s rather like the premise of Idoru by William Gibson. Why they go to such lengths to use this far-fetched technology to extract the songs rather than just hire Daniel Bedingfield, Stephen Duffy or Sia to ghost write some songs isn’t explained – and yes if rock peeps Trent Reznor (see later) and The Pixies can exist in the BMTVU (Black Mirror TV universe) then why not these pop peeps. In fact, come to think of it, why didn’t Miley just play herself?

The story was based on idea Charlie Brooker had about a 1977 punk band being resurrected by technology mashed up with an Alexa based on a celebrity’s personality. Rachel’s Ashley Too goes a bit bonkers while watching a TV news report about the real Ashley’s coma and after Jack tinkers with it using her dad’s computer they manage to break the equivalent of a Star Wars droid restrainer bolt and a duplicate of Ashley O’s full personality floods into the mechanical doll.

That’s when the story really takes off and much fun is had. Ashley Too drops the cutesy mode of talk and the inane positive affirmation tripe and starts swearing like a trooper. She persuades the girls to drive over to her swish house in the Hollywood Hills so she can find some evidence to incriminate her evil aunt. However when they get there the doll unplugs the real Ashley’s life support because it knows that’s what she would have wanted. What they don’t realise is that Ashley O is being kept under by the medical devices and so rather than dying she actually wakes up from the coma.

The henchman who is left to guard the comatose Ashely O is conveniently zapped with the girls’ dad’s robo-mouse and then they take off to stop the launch of Ashley Eternal. At the end of the episode we’re shown a celebratory gig by the rebooted Ashley (‘Fuckn’) O along with Jack on guitar, playing a cover of Nine Inch Nails’ ‘Head Like a Hole’ which is one of my favourite tunes by NIN, and sounded pretty good to be fair.

In fact, something had been bugging me about the other songs we hear Ashley O singing and when I read the Radio Times review of this episode it was obvious why. All the songs are pop versions of the NIN song. I’m not a massive fan of the band – I cheered up some and lost interest after Pretty Hate Machine – but there is enough left in the lyrics to make me subconciously recognise the new versions.

In terms of ‘other’ Easter eggs there’s a couple of obvious ones in the news ticker at the bottom of the news report of Ashley O’s coma. After ‘SaitoGemu shares jump in Striking Vipers release’ we see ‘Museum owner’s body found in smoking ruins’ which is a reference to the fire at the end of the ‘Black Museum’ episode and ‘Architect arrested’ is a reference to the naughty architect from ‘Crocodile’.

Also before she gets transferred to the more convenient home set-up, Ashely O is rushed to San Juniper ICU – a hospital that’s featured in the show before and is also an obvious reference to fan favourite episode ‘San Junipero’. And earlier in the episode there’s an advert for a Sea Of Tranquility reboot. SoT is a BMTVU ‘lunar Western’ mentioned in Black Mirror’s debut episode and in ‘Nosedive’ (Season 3). There’s a bunch of other more obscure Easter eggs, but I’ve leave that to the listers out there.

Miley Cyrus is the star of this episode delivering a brilliant portrayal of a jaded pop star fighting against her management. One wonders how close the storyline of Ashley O is to Cyrus’s previous incarnation as Hannah Motana, and her acting skills certainly haven’t diminished since she’s been concentrating on swinging half-naked on wrecking balls and whatnot.

This is also the most thought-provoking episode of this Season 5 trilogy. The unhealthy idolisation of celebrity and how technology can assist in manipulating fans is explored and so too is what Adi Robertson of The Verge termed the ‘commoditisation of creativity’. I felt there was a good balance of comedy versus these typically dark BMTVU themes and the upbeat ending was a great conclusion to a somewhat mediocre set of episodes.