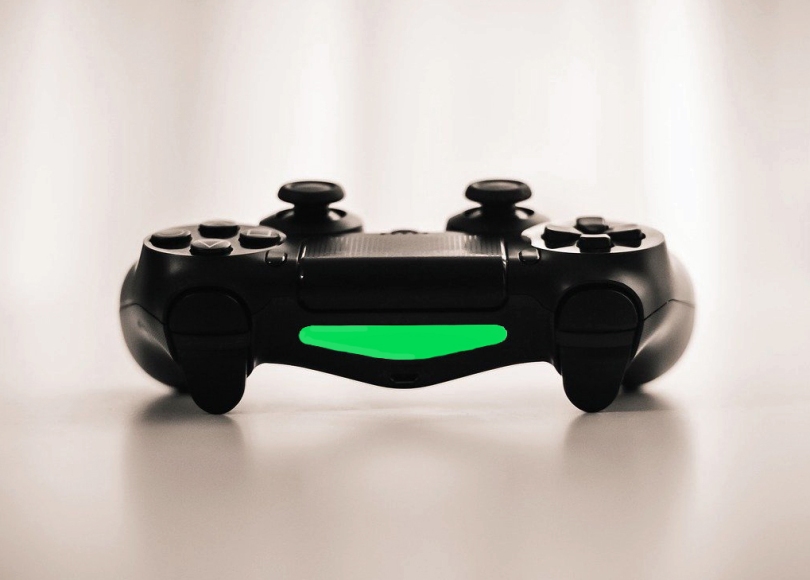 If, like me, you’re a little tired of Call of Duty: Modern Warfare but you still want a decent first person shooter with a strong story then hop in your time machine and check out Wolfenstein II: The New Colossus. It’s a bit of an oldie, but a goody. Spoilers ahoy!

Starting where Wolfenstein: The New Order left off, the 2017 game is set in an alt-world 1961 in which the Nazi’s won WWII – familiar territory for anyone who watched The Man in the High Castle.  The previous game saw Billy ‘B.J.’ Blazkowicz grievously wounded and for the opening portion of the new game he is encased in a technologically advanced armoured suit. He is resigned to eventually dying and leaving behind his now pregnant girlfriend Anya, but is intent on taking as many Nazis with him when he goes.

The anti-Nazi Kreisau Circle are aboard a stolen Nazi U-boat called Eve’s Hammer and one of Blazkowicz’s first missions is to clear out some Nazi stowaways in a previously unexplored section of the submarine. The group want to liberate the USA from the vice-like grip of the Nazi regime led by the evil scar-face Engel from the previous game. They first recruit members of a resistance group in New York City, notably the outspoken African-American Grace Walker, and Norman Caldwell aka ‘Super Spesh’ Caldwell, a lawyer and conspiracy nut. Along the way, Blazkowicz encounters lots of futuristic Nazi firepower and acquires some of his own.

Grace tells the Circle that her group were planning to kill the top Nazi leaders by destroying their HQ in Roswell, New Mexico. Blazkowicz takes a portable A-bomb to Roswell and blows the Nazis to kingdom come. On his way back from Roswell he visits the farm where he grew up and we are given a bit of back story to the character. Unfortunately Blazkowicz is caught by the Nazis, sentenced to death and then decapitated by Engel in front of a live studio audience.

Luckily his head is recovered and quickly grafted onto the body of a Nazi super-soldier (no really). This effectively resets the character and negating the frankly boring ‘I’m going to die’ chunterings of Blazkowicz when he’s not busy killing Nazis in a variety of horrific but insanely satisfying ways.

In later levels, the Kreisau Circle plans to capture the giant flying Nazi battleship the Ausmerzer to stop it terrorising America. To do so they need to get the codes for ODIN its automated defensive system. Blazkowicz assumes the identity of an actor and travels to the planet Venus (no really) to audition for the role of himself in the story of his downfall (the Nazis at this point still don’t know that he’s been resurrected). Adolf Hitler turns up to oversee the process and is portrayed in as unfavourable a light as possible – which is perfectly in the spirit of the game. Blazkowicz works his way through the space station dropping Nazis left right and centre, but oddly doesn’t stick around to try and kill the Fuhrer.

In the last proper level fo the game, Blazkowicz then leads an assault on the Ausmerzer, disables ODIN and takes control of it. Blazkowicz then gatecrashes a nationally televised interview of Engel, his her and gives the stage to his Kreisau Circle buddies to announce the start of a new American revolution.

My play through of the game on a regular difficulty setting took around nine hours all told, but I’ve heard told you could rush through it within six and half hours if you ignore the collectibles and don’t bother with any side missions. To be honest I struggled with some of the levels and often found myself cursing at the stupidly ineffectual weaponry or super-slow super weapons. Movement was troublesome at times and those darned Nazis would not just stand still and be shot godammit!

I’ve never been a huge fan of complex weapon types – check out my stats on COD and you’ll see I’ve stuck with the default loadout for most of my games – and so I found the task of scrabbling around for the right type of ammo and choosing the right weapon for the right enemy a little tiresome. Also the side-quests seemed a little tacked on and I had very little time for looking for Max’s toys, audio recordings and other collectibles. If collectibles don’t have some payoff in terms of perks for the player then I’m not particularly interested these days (yes I was the one who was desperately trying to collect all the feathers in Assassins Creed, but I’m too old for that kind of bollocks these days).

My main enjoyment from the game was down to the excellently acted and written story. It makes fun out of an otherwise horrific situation and the characters involved are very interesting. Sure, stereotypes abound, but for me Blazkowicz is turning out to be up there with COD’s Captain Price and Halo’s Master Chief in terms of iconic computer game characters.