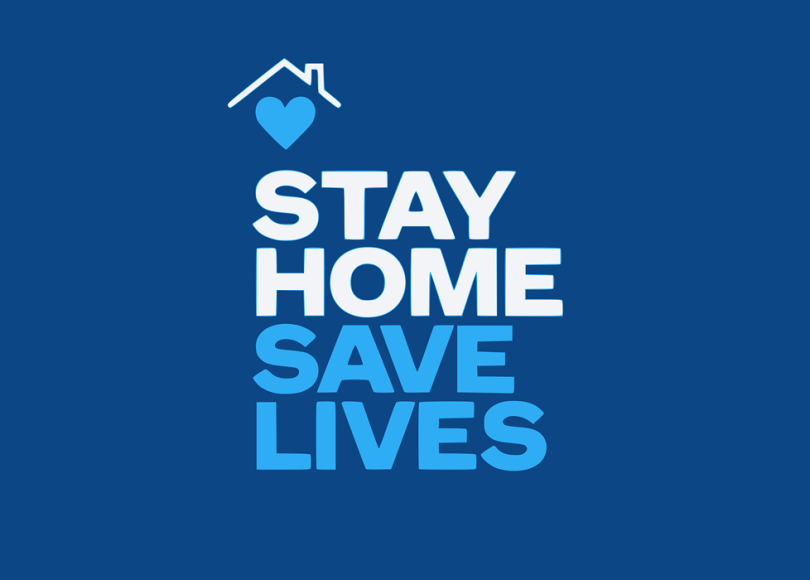 I’m typing this on my Mac keyboard which I don’t really like as much as an old Dell keyboard I was using. My Mac is wobbling around a bit as I type because it’s sitting on a cheap metal-framed desk I bought off Amazon in a panic because I needed somewhere to move my Mac to to make room for my work laptop and docking station etc.

I used to have the two screens for my occasional home-working tucked behind the Mac but having the Mac moved to one side so I could work from home was only a temporary measure. No good for the lockdown situation I found myself embarking upon – a week earlier than the official UK date to show some camaraderie with my Norway colleagues who had entered lockdown earlier.

The situation with my Mac and the desk is just one of the first world problems I face under lockdown. The new wobbly desk was about a centimetre lower than my usual desk (which is a big piece of plywood on top of another desk) and so just today I have been out to the garage and removed the top of a set of Ikea drawers we weren’t using and the front off one of the drawers to lay on top of the desk to get it to the right height and allow me to stretch my legs comfortably under the desk.

It’s an improvement but the wobble is getting annoying and I’m finding I’m huffing and puffing a little too much. That’s probably not helped by the eight o’clock meeting I attended this morning. When I worked in the office the earliest I would normally contemplate was 8:30am and most usually the first meeting would be 9am.

But these are abnormal unusual times. Siggy perhaps has it worse. She is downstairs working on the dining room table. At least she was able to bring back her usual office chair from the office before it was closed for emergency access only. Does running out of Post-It notes constitute an emergency? And other people I know have it much worse because they have children to look after, or are in danger categories and basically can’t leave their house.

We’ve been using Microsoft Teams at work now for a while and the novelty is definitely wearing thin despite the new backdrops. I took a photo of my room and Photoshopped ‘baby Yoda’ (yes it irks me to call the child that but that’s the name until the series makers give it a proper name) in. No-one really seemed that impressed. Microsoft seem to playing catch up with the likes of Zoom, thinking that being able to see six people on screen at once instead of just four is super progress.

Anyway, less about work, more about me lol. f you’ve read this blog you’ll know that I write books. So you’d think I’d be taking the opportunity to crack on with my new novel. I have all that extra time right? Well no. Wrong.

I’m busier than ever with work for one thing. Work again argh! Early starts and late finishes are becoming increasing common and it’s ironic in a way because we’ve agreed to a temporary salary reduction to help the company finances during the pandemic and the low oil price. More work less pay. Makes Matt a dull boy? Having to put my main writing tool (the Mac) on a wobbly desk hasn’t helped either. But really the main thing that has meant I am doing less ‘proper’ writing is that I don’t have much time apart from Siggy now.

God that sounds terrible, but it’s a fact. It’s nice to eat more meals with her and see more of her and do things together, even if we can’t go out to the pub or restaurants like we normally would do, but my writing relied on having two- or three-hour chunks of time where I was the only one in the house and I could concentrate on letting my mind wander to where it needed to go to get a story written. It’s not something that I gave much thought until I realised that I was unable to do it now. Yes, yes I know, it isn’t much of a problem really in the grand scheme of things. People are dying after all.

So no novel writing and little blogging either to be honest. I have been watching a lot more TV than I normally would and getting deep into a relatively old RPG game on my PS4 called Dragon’s Dogma: Dark Arisen which I may or may not write a post about sometime.

I’ve also discovered the joys of having a VPN and being able to spoof my location to be able to watch Disney Plus shows that I would otherwise be waiting for. I’m talking specifically about Star Wars: Resistance which I was disappointed to find wasn’t available to UK subscribers and indeed being able to watch the last episode of The Mandalorian a week early was pretty cool too – and the Mac screen is so high-res that it’s as good as watching it on my TV.

Also I have probably been getting a bit more exercise than usual since I have been going for a walk almost every day since the lock down began and the weather has been beautiful of late. I’m tending to only go shopping once a week and that I think is the most stressful part of the lockdown – well I guess that and not knowing really what the fuck is really going on and how long it will last, and having to cancel my summer holiday. But again these are all first world problems.

To be honest I am finding it all quite relaxing and when I start to feel like this house is my prison then I go for my walk or I go into the garden and try to chill out. Siggy has turned the conservatory into a makeshift gym and is still going out for her runs so the exercise routine (the main reason she was often out of the house) is ongoing and keeping her dopamine, or serotonin or whatever relaxing hormone it is that keeps her sane, at a good level.

We’ve not had any major arguments yet which is a good thing and I read about the levels of domestic violence going up and people stuck in this situation trapped inside toxic relationships and I count my blessings. Putting things into perspective, I can put up with the wobbly desk and the lack of a writing project for a few more months.

The air smells fresher, the skies seem clearer and if this is really just the calm before a zombie-apocalypse then pass me the kool-aid and I will happily chug it down. You’ll find me clapping along with everyone else on a Thursday evening, wondering what Mr and Mrs Over-the-road are really called, and hoping Boris doesn’t dismantle the NHS and sell it off in bits to American business when this is all over…