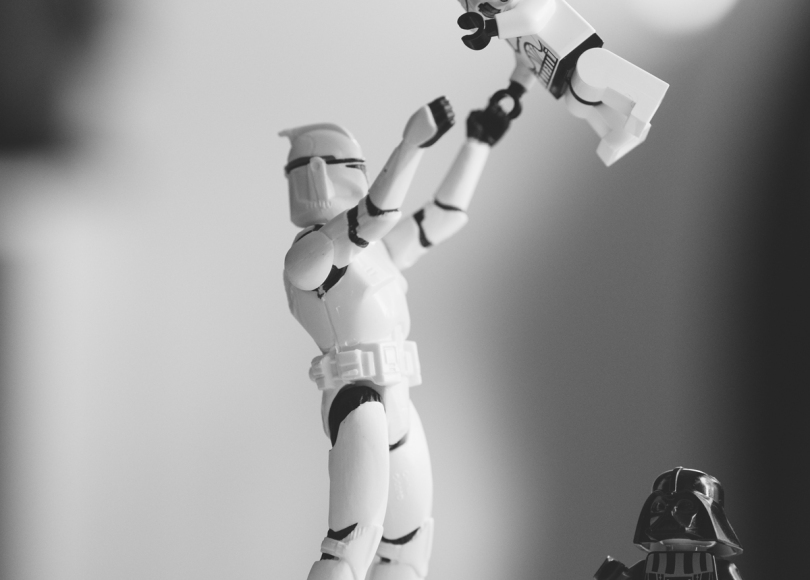 I’ve been a fan of Adam Buxton ever since the irreverent Adam & Joe TV Show which predated Robot Chicken in it’s use of toys in comedy sketches. His Bug TV show was also essential viewing and his podcast is my favourite of the ones I regular listen to on Spotify, alongside the hilarious Athletico Mince. When I heard that the release of Ramble Book had been further delayed due to the COVID-19 pandemic I was disappointed – I’d been waiting for Adam to pull his finger out and finish writing it for at least 4 years.

So, when he mentioned on a recent podcast episode that it was soon to be available as an audiobook, I decided to take the plunge with Audacity. I’m not a huge fan of audiobooks, but this one is like getting another 10 hours 50 minutes of the podcast with lots of new jingles, puns, Bowie-based reminiscences and the usual mix of comedy and pathos that has come to define Dr Buckle’s podcasts. There are plenty of familiar stories retold, but it was good to hear them all together among the new ramblings.

Anyone unfamiliar with the work of Count Bucules may find his memoir to be self-indulgent, verging on maudlin and unstructured, but the clue’s in the name of the book. The rambling structure of the chapters is constantly broken up by ‘footnotes’ – podcast style rambles and sub-rambles recorded during a walk with his faithful dog Rosie in the Norfolk countryside –  he just can’t help adding extra layers of context and these tangents perhaps illustrate why it took so long for him to finish the writing the book. However, the asides work very well in the audiobook format and make it feel more like a podcast than just a narration.

The book covers Buxton’s years at school and college in the 1980s, his awkward relationship with his father Nigel Buxton aka ‘Bad Dad’, and for those of us who are similarly aged there are some great shared pop-culture memories: blockbuster films, slow-burning music sensations like The Pixies, the strange relationship with Bowie, the arrival of the Beastie Boys and discovering alcohol, sex and drugs etc.

Despite its comedy trappings, listening between the lines the book is clearly about Buxton processing his grief at the loss of his father who died in 2015 aged 91 and who was living with Buxton’s family (who remain largely unmentioned apart from a silly log of arguments with his wife) at the time of his death. Buxton candidly digs over the minutiae of his rocky relationship with his rather pompous father. There is a ‘what’s in the box?’ literally device used as a red thread in these chapters in which the mystery of what is in his father’s suitcase is revealed.

Strangely there’s no mention whatsoever of Radiohead, or Adam’s video work, and I half expected a few more stories about the Adam & Joe show and their radio work together, and the possible jealousies and frictions within that relationship. However, this book is not billed as a history of the Adam & Joe show. I mostly expected it to be about Buxton’s coming of age and stepping from the shadow of his father and friends, not his time as half of a frankly obscure comedy duo. That would be a different book.

For those who did want more Adam & Joe related content, there is an hour-long bonus podcast with Cornballs (Joe Cornish) at the end. The episode is full of laughter and goes to highlight the great friendship they have together. Perhaps it can be the subject of his next book if Buxton can get over his inability to concentrate on writing more than just one sentence at a time, the trauma of having to meet editorial deadlines and the fear he probably has of possibly upsetting his long-time friend.

All told, the book was pretty much as I expected – balancing light comedy, navel-gazing nerdy observations about being a Bowie-obsessed teen and awkward memories of his father. The audiobook was definitely the right format in which to consume this book since it added so much more to the experience – whistles, bells and birdsong are included. As Adam and Joe joke about in the bonus podcast episode, the book won’t win any literally prizes, but if there is an award for best audiobook of the year then I think this is a very strong contender.