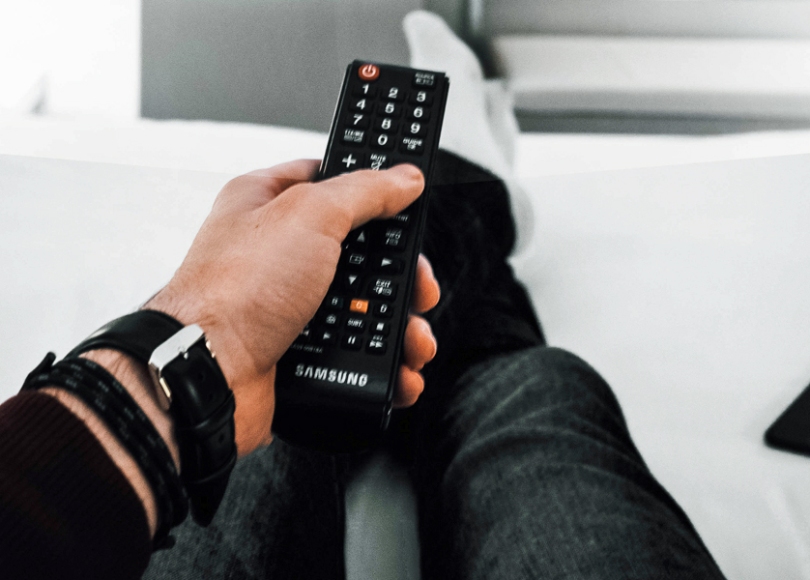 Up until this year I had not seen any Marvel shows on television. It’s strange because I am big fan of Daredevil and Elektra, but for some reason having to commit to an episodic version of their stories didn’t really appeal. However, a combination of the COVID-19 lockdown, a realisation that the MCU films are in their way just huge budget episodes of a TV show intermittently playing out in cinemas, and the Marvel section on Disney+ ignited an interest in trying some of what Marvel TV has to offer.

I ignored the Marvel shows available on Disney+ and turned my attention instead to what was on Netflix, because I was most interested in Daredevil. The Netflix/Marvel Television shows might soon be subject to a deal with Disney to make all MCU content exclusive to Disney+. I am hoping there won’t be any interruption to availability because I’m only halfway through what’s on Netflix. I will freely admit here that while I’d heard some good stuff about Jessica Jones, her character, Luke Cage and Iron Fist were all rather unknown to me before I began the marathon.

I’m following the recommended viewing order shared in this post, and I’m currently up to season one of The Punisher. I really liked the series-spanning intertwining of the stories of the shows in this post, the reuse of supporting characters and some individual performances, but none of the shows really blew my socks off. There are bits to enjoy in each show, Defenders was great and I dare say they’re better than a lot of the tripe available on Netflix. What follows is a relatively spoiler-free ramble about the first six Netflix/Marvel shows on the list.

Daredevil (Season 1) introduces blind lawyer Matt Murdock (Charlie Cox) who uses his heightened senses to fight crime in New York City. With help from his lawyer partner and best buddy ‘Foggy’ (Franklin) Nelson (Elden Henson) and their client turned assistant Karen Page (Deborah Ann Woll) he uncovers the illegal operations and plotting of business tycoon Wilson Fisk (Vincent D’Onofrio) aka Kingpin. D’Onofrio’s performance as the passive-aggressive psychopath is really great and makes up entirely for some quite slow episodes. It’s worth watching just to watch an actor in total command of his character.

To be fair, Deborah Ann Woll is pretty darned good in this too, treading a fine line between at first playing the victim and then finding her feet in a violent world she seems brave enough to confront. It was also great to see a firm favourite of mine Rosario Dawson as Claire Temple – a nurse who helps Matt Murdock when he gets busted up badly. It’s a role that repeats across Daredevil, Luke Cage and Iron Fist and develops as the series progress.

While I am a big fan of Daredevil I still find his powers slightly unbelievable even compared to the likes of the Hulk and Thor. I’d rather Murdock have superpowers from being bitten by a radioactive bat than be told that he just picked it up as he grew up and got trained by some other blind bloke called Stick (Scott Glenn). Charlie Cox does a good job helping us just accept that the guy can climb up buildings and dodge sword strokes without tripping up or walking into the furniture, but the character of Daredevil perhaps doesn’t work as well as others in the MCU.

Jessica Jones (Season 1) tells the story of a super-strong woman (Krysten Ritter) who has turned her back on using her powers as a costumed hero in favour of being a private investigator in New York. Her smart mouth, heavy drinking and suffer-no-bullshit attitude are straight out of a noir detective novel, as is the show’s overall aesthetic, but it seems her attitude is a facade to cover being traumatised by the villain of the story one brilliantly named Kilgrave (David Tennant). Kilgrave has the power to control anyone he talks to and has done some seriously fucked up shit including rape and murder. he is so similar to my main villain in my novel Black Book that I am glad I didn’t see this how before I wrote it.

I was rather dubious of Tennant being cast in the bad guy role but he is excellently creepy and also quite funny at times, seeming to revel in the fact that this is certainly not a kids show and the TARDIS is nowhere in sight. The most interesting character beside Jones is her brief love interest in the form of Luke Cage (Mike Colter) and it was a surprise for me that he is in this show a lot. It was also great to see Carrie-Anne Moss as Jeri Hogarth a powerful and somewhat shady lawyer who has a working relationship with Jones and helps her in her fight to get justice for the victims of Kilgrave.

Daredevil (Season 2) may as well be called The Punisher as it seems it is more about him than it is about Matt Murdock. Frank Castle aka The Punisher (Jon Bernthal) is an Afghanistan war veteran turned violent vigilante on a mission to clean up Hell’s Kitchen. Murdock & Nelson get the gig to defend Castle when he is caught and brought to trial for bumping off a whole host of unsavoury New York criminals.

Karen Page is the most invested in seeing justice done and while Murdock and Nelson’s relationship becomes increasing troubled, she’s the one who fights to the bitter end to stop Castle being given the death sentence. Like Jessica Jones’s story, Castle’s story is also about coping with PTSD and trying to get some justice when normal routes fail.

Also embedded in this season of Daredevil is the relationship he has with posh-girl-turned-vigilante Elektra Natchios (Élodie Yung). I was very keen to see how this played out after loving that element of the 2003 movie starring Ben Affleck and Jennifer Garner, and indeed Garner’s spin-off movie with her portrayal of OCD.

I wasn’t really as captivated by Elektra this time around and it got to the point for me that I was checking my phone while I was watching to show, which is not a good sign. She is an unsympathetic character, the fight scenes get rather samey and the writing just seemed to be dragging out the resolution of that particular storyline too much. However, I put my phone down whenever the brooding Frank Castle appeared. He was great.

Luke Cage (Season 1) was a lot more enjoyable. All the characters were new to me and it had a more stylish Harlem vibe to it with the choice of music and direction, and perhaps also because Mike Colter is so smooth as  the bulletproof Luke Cage. Competing in the smooth stakes are Mahershala Ali as nightclub owner and gang boss Cornell Stokes aka Cottonmouth, and Shades (Theo Rossi) who is sent by mysterious criminal Diamondback to keep an eye on Stokes and help him as much as it suits Diamondback (who Stokes owes money to).  For a while I thought Shades was going to turn out to be Diamondback.

Instead, Erik LaRay Harvey hams it up as Diamondback and I didn’t particularly enjoy his character which seemed pretty one-dimensional and the kind of villain I thought we’d got past in the MCU. I wanted another Fisk or Madame Gao (more about her later – she’s another repeating character who gets more and more important as time goes on but really comes to the fore in Iron Fist) but he just seemed cheesy. Very little gets resolved by the end of show, but it’s an interesting watch with only a few slow episodes, and it was good for me to understand his origin story. Simone Missick is also good as fiesty police detective ‘Misty’ Mercedes Knight.

Iron Fist (Season 1) is centred around the Meachum siblings who run the Rand Corporation and its 51% shareholder Danny Rand (Finn Jones). Danny was presumed dead as a child but survived a mysterious plane crash that killed his parents. He was brought up by some mystical monks and trained in kung-fu to protect against The Hand – the criminal organisation which has featured throughout the other shows in one way or another. The Hand’s Madame Gao (Wai Ching Ho) becomes very prominent as the main villain in this show and her sly performance is great as too is Jones’s as the rather naive Danny. Tom Pelphrey from later seasons of Ozark is also good as Ward Meachum.

Danny quickly finds a friend in the form of kick-ass trainer Colleen Wing (Jessica Henwick) and spends the first few episodes trying to convince Ward and Joy Meachum (Jessica Stroup) that he is Danny and not some charlatan. The show hits a lull about halfway through but then picks back up again with the injection of two new characters in the form of Bakuto (Ramon Rodriguez) Colleen’s sensei and Davos (Sacha Dhawan) who trained with Danny when they were kids. Dhawan is much better in this show than he was as The Master in Doctor Who and Rodriguez is oddly charismatic.

The Defenders is a limited series which successfully pulls together the stories of Danny, Matt, Jessica and Luke. They team up to try and smash The Hand’s grip on New York once and for all. The supporting characters are more or less side-lined early on for their own protection. Only Colleen Wing, Claire Temple and Misty Knight have any great involvement in what unfolds. Alexandra Reid (Sigourney Weaver) is brought in as the main villain who is more powerfully positioned than even Madame Gao in The Hand.

The story is spread over eight episodes that are mostly shorter in length than the 13 episode series this show follows and I think that’s all to the good. As you might imagine  there is a lot of ‘standing around talking’ while egos collide, pissing contests are conducted and some obligatory exposition is required between characters to make sure everyone involved in fighting The Hand is as up to speed as the viewer. I really enjoyed the show even though it played out pretty much as I imagined it would and obviously reminded me a little of the excellent The Avengers with Krysten Ritter getting most of the good one-liners.

All told it’s not a bad six show sequence and in its own way as ambitious as the movie sequence. However, it does, like a lot of series on streaming media, suffer from some slow pacing at times and the 13 episode format is rather off putting. To my mind they could’ve told the same story with the same amount of style, depth and atmosphere in 10 episode series or alternately kept to 13 episodes but shortened each one by 10 minutes or so. The format of the ‘limited series’ The Defenders kind of proves that a shorter run and/or shorter episodes works well. My journey through these shows felt too often like a slog, but I guess it was worth it in the end.

Main image from a photo by Clément M. on Unsplash