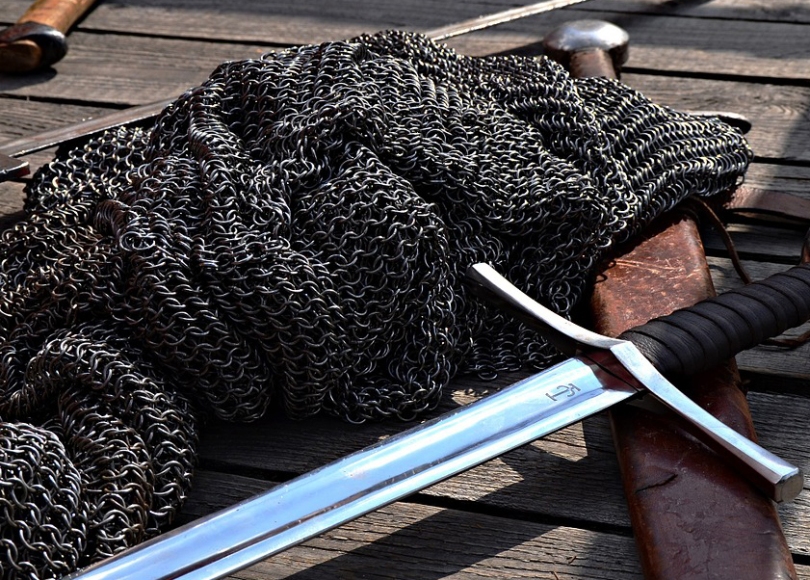 In Bernard Cornwell’s Sword of Kings we find our hero Uhtred reluctantly responding to provocation from someone attacking fishing boats off the coast of his fortress home of Bebbanburg. He discerns that the source of the provocation is Æthelhelm the Younger who carries a grudge against him for the death of his father and who has learned of Uhtred’s oath sworn to rival Æthelstan. Uhtred promised Æthelstan that he would kill Æthelhelm and Æthelstan’s younger brother, Ælfweard, who Æthelhelm wants to position as king of Mercia, Wessex and East Anglia combined, when King Edward died.

In turn Æthelstan swore he would not attack Northumbria while Uhtred lives. But that might not be for much longer as Uhtred is getting old. Edward it is rumoured as sick and likely to die soon, so Æthelhelm wants Uhtred, who he greatly fears, out of the picture before then. Æthelhelm sends Waormund, a beast of a warrior, to cause trouble and goad Uhtred out of his impenetrable fortress where he can be killed.

Despite the risk, Uthred takes his ship to sea and confronts his new enemy, and then is drawn southwards to support a potential uprising against Æthelhelm and Ælfweard. As usual things don’t really turn out quite as expected. King Edward dies and his will splits the land between rival heirs Ælfweard and Æthelstan. Looking for Æthelstan, Uhtred finds himself back in London just in time for Æthelhelm’s forces to attack the city, aided by Waormund opening a gate for them. As chaos and death run rampant across the city Uhtred and his men, along with beautiful handmaiden Bernadetta, a Danish but Christian priest Father Odda, are trapped in the tumble down ruins and damp alleyways looking for a way out.

This is where they meet a bunch of orphans who help them hide from the invaders and then infiltrate the dockside buildings owned by a fat slaver who Bernadetta wants to kill. He owns two boats and one of them, the one that isn’t rotten and up on blocks, is Uhtred’s way out of the city. They are chased along a tributary of the Thames but eventually escape. However, Waormund is like a dog after a bone and eventually corners Uhtred in a field, captures him and humiliates him. Luckily before Waormund can take Uhtred back for his execution in London, some of Æthelstan’s men come to the rescue.

Uhtred’s body and pride is battered and bruised, and it takes some persuading by his trusty Irish sidekick Finan for him to come around to the idea of going back to London and trying to rouse support among the East Anglians to fight against Æthelhelm from within, while Æthelstan hopefully attacks from outside the city. If he wasn’t oathsworn, Uhtred would quite like to go back home to Bebbanburg despite rumours that the plague is rife in Northumbria.

There’s also the small matter of Waormund taking Uhtred’s sword Serpent Breath off him during his capture. For fans of Sharpe this is a very similar story element to a fight Sharpe got into in which he almost died and broke his trusty weapon. In that series his trusty Irish sidekick Harper makes him a new one. In this series I think we know that Uhtred is going to kick Waormund’s arse and get his sword back under his own steam despite being old, tired and injured.

For me it was really only when Uhtred was almost killed and has to battle against his humiliation and rise up against adversity and overwhelming odds to infiltrate and attack Æthelhelm and Ælfweard’s army that the story really got going. Bernadetta and Father Odda are rather two-dimensional Cornwellian tropes – the mysterious beautiful woman that the hero fancies more than his wife back home and the faith-driven priest who the hero grows to respect while agreeing to disagree over his Christianity. It seems rather inevitable that Uhtred’s wife Edith dies of the plague and I find it a little crass of Cornwell to swap out the women in Uhtred’s life quite so indiscriminately.

In the end it comes as no surprise that Uhtred wins the day, killing Waormund with his other sword Wasp Sting, getting Serpent Breath back and seeing to it that Æthelhelm and Ælfweard are defeated and Æthelstan is raised up as the king of Mercia, Wessex and East Anglia. Uhtred I guess is the titular Sword of Kings and once again plays a vital role in the outcome of the battle for the crown of what will become England.

On the whole, despite the slow start, Sword of Kings, is another good book in the variously titled Last Kingdom series which the informed reader will know is winding down. There will perhaps be two more books and then Cornwell will stop writing Uhtred’s story. Rumour has it that Richard Sharpe might make a reappearance in Cornwell’s canon. Time will tell. As Uhtred says, “Wyrd bið ful āræd.” (Fate is inexorable).

Image by Michał K from Pixabay