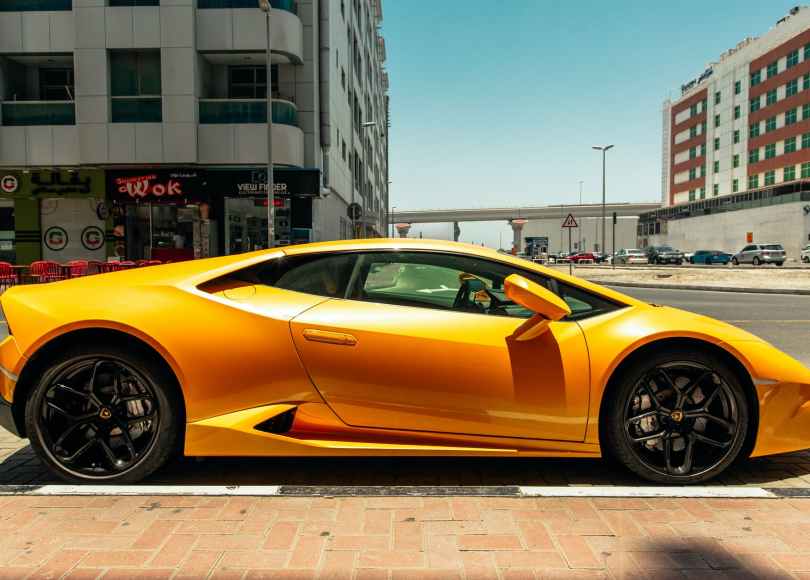 Fast & Furious: Hobbs & Shaw (2019) is a blatant franchise spin-off starring Dwayne Johnson as Hobbs and Jason Statham as Shaw and directed by Atomic Blonde director David Leitch which goes some way in perhaps explaining why the most interesting character with the best lines is Shaw’s kick-ass blonde sister Hattie played by Vanessa Kirby (The Crown, Mission Impossible: Fallout). Helen Mirren reprises her role as Queenie, but only for a few seconds of screen time and Idris Elba provides the ludicrous cyber-enhanced villain.

The film is as ludicrous as the other recent Fast & Furious films and contains one of the worst (best?) examples of ‘Hollywood time’ in recent memory – When the attack on ‘Samoa’ (actually Hawaii and akin to the Ewoks versus the Empire) begins, it is supposed to be just before sunrise. However, by the end of the fighting, thirty minutes later (as per a counter which is set just before the attack) the sun is up high in the sky. Given that many other laws of physics are broken during this finale, the shift in time might seem inconsequential. If you leave your brain outside before watching the film then it’s quite good fun and it was nice to spot Italian Job and Alien references along the way. I’ll let you Google them…

Spenser Confidential (2020) is yet another Mark Wahlberg action film based in Boston. Much like Hobbs & Shaw there is some humour within the story which might otherwise be rather bleak as it concerns the murder of two policemen and a crooked police force. Most of that humour comes from Winston Duke (Black Panther) as Spenser’s roommate Hawk, who is also an MMA fighter, Iliza Shlesinger as Spenser’s feisty love interest and Alan Arkin (Little Miss Sunshine) as Henry Spenser’s old boxing coach and landlord. Bokeem Woodbine is typecast as a bent copper and isn’t particularly convincing as the main bad guy compared to the likes of say, Idris Elba.

There’s little else to say apart from that the film is loosely based on Robert B. Parker’s mystery novels and is the fifth time director Peter Berg and Mark Wahlberg have collaborated – their previous films were the very good Lone Survivor, not so good Patriots Day, the excellent Deepwater Horizon and rather unsatisfactory Mile 22.

Silence (2016) is a much more serious and lengthy Martin Scorsese film based on an historical novel by Shûsaku Endô about two Portuguese priests (Andrew Garfield, Adam Driver) travelling to Japan in the 17th century to find their mentor (Liam Neeson) who is rumoured to have turned away from the Catholic religion. Christianity is illegal in Japan and anyone caught preaching from the Bible or conducting Catholic ceremonies can be imprisoned, tortured and even killed. The titular silence is that of God despite the prayers or calls for help from worshippers, a silence that makes the priests question their teachings.

Silence is an engrossing film helped very much by Garfield and Driver’s performances as their characters’ faith is challenged. Garfield gets more screen time than a very skinny looking Driver once the pair decide to split up. This is the second film based on the novel of the same name. The first was a Japanese film released in 1971 five years after the novel. Scorsese’s film is closer to the original story, retaining the original ending but with the addition of a crucifix being held by the cremated body. This ambiguity has been criticised by reviewers, but I found that it rounded off the story rather well.

Mute (2018) is supposedly the second film in a sci-fi trilogy from Moon writer/director Duncan Jones which may be followed up by a graphic novel rather than a film since Mute apparently didn’t bring in enough money to fund the final film. Mute does feature some footage of Sam Rockwell as Sam Bell in a newscast behind the main character Leo (Alexander Skarsgård), a mute bar man searching for a mysterious waitress (Seyneb Saleh) in a futuristic Blade Runner style city, but can be watched as a standalone film without any issue.

Paul Rudd and Justin Theroux (Mulholland Drive) also star as a pair of illegal surgeons Cactus Bill, who has serious anger management issues, and Duck, who is a paedophile. The film is rather like Altered Carbon in the way it shows the underbelly of the future city and fits into the neo noir bracket with Blade Runner. However it does seem to suffer from a small budget and the interior sets seem rather more 2020s than let’s say 2049. It’s good to see this kind of quirky ‘indie’ sci-fi film still being made while Disney’s Marvel and Star Wars offerings dominate the scene, but I wish it had contained a rather more original storyline than one tough guy rubbing up against a bunch gangsters to find his girl.

Madness in the Method (2019) sees Jason Mewes (Jay and Silent Bob Reboot) stepping out from the shadow of long-time collaborator and buddy Kevin Smith to become the leading man in this fake comedy biopic in which Mewes plays himself struggling to make a name as a serious actor. That said Smith does have a role to play alongside such luminaries as legendary hard man (a reputation which the film exploits) Vinnie Jones, cancelled Mandalorian actor Gina Carano, Danny Trejo, Teri Hatcher and Dean Cain. There’s some very close to the knuckle dialogue between Mewes and Smith pertaining to their long alliance and Mewes’s struggle with drugs, but it plays really well.

The film is more fun than I expected, rather like a Kevin Smith film, shows that Mewes can indeed act, and is notable in that it is the last film comic book genius Stan Lee was involved in before his death in 2018. Lee previously worked with Mewes & Smith on Mallrats and has been part of the ‘ViewAskewniverse’ ever since. I think the film may have suffered somewhat from the pandemic as closing scenes with Smith inside and outside the courtroom seem to be patched together digitally from low quality footage. Imagine Han Solo stepping on Jabba’s tale in the Star Wars special edition and you get the idea. However, blink and you will miss it, and it doesn’t harm the film in any way. Perhaps a film just for Mewes & Smith fans though.

Promixa (2020) is a film by French director/writer Alice Winocour starring Eva Green and Matt Dillon. Green’s character is single mother Sarah Loreau who has a young daughter (Zélie Boulant) and just happens to be a rookie European Space Agency astronaut due to go on a long mission as preparation for missions to Mars. As you’d expect from a European film the action centres more on the story between Sarah and her daughter, and Sarah and her experienced mission commander Mike Shannon (Dillon).

The film actually ends where most Hollywood films would be starting – with the launch of their rocket into space from the Russian launch site. As a character-driven story about the conflict between family and the need to fulfil a potentially greater purpose through your chosen profession it is a great film, but please don’t expect anything like Gravity or First Man.

The Sisters Brothers (2018) is based on an 1850s Western novel by Patrick DeWitt and tells of the pursuit of prospector Hermann Kermit Warm (Riz Ahmed) from the Oregon desert to San Francisco by the confusingly named and notorious brothers Charlie (Joaquin Phoenix) and Eli Sisters (John C. Reilly). Jake Gyllenhaal plays their scout John Morris who finds he has more in common with Warm than the Sisters brothers. He decides to go into business with Warm in the hope of setting up a utopian society of like-minded thinkers on the riches expected from Morris’s unique method of finding gold.

Meanwhile Eli is having a personal crisis over his chosen career and supporting his increasingly chaotic and alcoholic brother. The film is by another French director Jacques Audiard and shot in France, Romania and Spain despite the Wild West setting. It’s a good showcase for the four leading men who all put in good performances.

Sand Castle (2017) is a Netflix film set in 2003 following the invasion of Iraq by the US–led coalition which overthrew Saddam Hussein’s government, and in the same spirit as Gyllenhaal ‘s Jarhead. Disillusioned rookie Private Matt Ocre (Nicholas Hoult) tries to avoid action by slamming the door of a Humvee on his hand, but the injury is not enough to send him home and he has to suck it up and do his job. His squad is ordered to repair a water pumping station damaged by a US attack, and deliver water to the nearby residents, in an ill-fated attempt to win their hearts and minds.

Henry Cavill has a small part as a special forces Captain Syverson and Logan Marshall-Green (Spider-man: Homecoming) appears as Ocre’s mentor Sgt. Harper. It was also nice to see Sons of Anarchy and Game of Thrones actor Tommy Flanagan playing a bit part. The film itself holds no great surprises but is a solid snapshot of the reality of circumstances on the ground during the initial stages of The Iraq War.