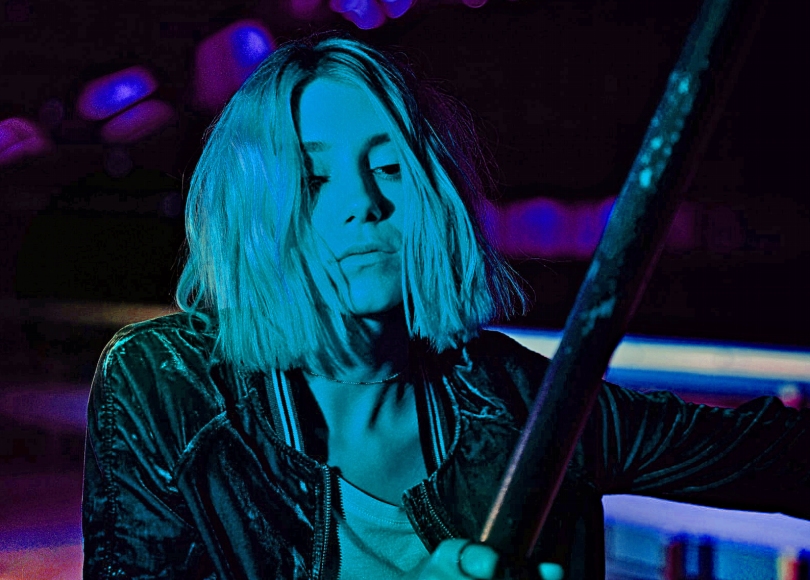 Kate (2021) is my pick for best new film in this list despite it being yet another bloody girl-with-gun movie – surely this is becoming another movie trope along the lines of the ‘manic pixie dream girl’ – that plays out much like a Jason Statham film. However it had a few things going for it compared to other GWG movies – Woody Harrelson and Miku Patricia Martineau are great supporting actors, the setting – Japan – is an action-fan favourite, and last but not least is Mary Elizabeth Winstead who rocks as the poisoned assassin trying to finish her last mission and carving her way through a multitude of yakuza bad guys in the process.

The purple light-up car has about the same amount of screen time in the movie as it does in the trailer which is damn shame and the plot is very predictable. The handler is a bad guy too. There I said it. Sorry I’m just going to do spoilers in this post. Sometimes it’s too hard to write these while also dancing around plot points. Does she die at the end? yes she does, sorry there I go again. Oh the shackles are off. Darth Vader is Luke’s dad – bet you didn’t see that one coming. Bruce Willis is actually a ghost. Rosebud is a bloody sled. I mean shit that was a surprise.

The handler has been the bad guy in so many of these GWG movies that I just took it as a given and it didn’t diminish the experience for me. The direction and editing of the action sequences is great, it looks really sweet on a 4K OLED TV and did I mention Mary Elizabeth Winstead rocks! if they make a female version of John Wick then she needs to be cast in the role.

Army of the Dead (2021) is a Zack Snyder film in which a lot of effort has been put into the special effects and CG version of a zombie-infested Las Vegas and very little into the script. I’ve said it several times before, I am not a big zombie film fan, but they’re frankly just unavoidable at the moment. Like the shuffling crusty buggers themselves, they’re everywhere you turn and it’s not so much scary as boring, unless you come across a gem like The Night Eats the World or Train to Busan.

This film is reasonably entertaining as an action film and tries to develop a new kind of take on the zombie idea with a hierarchy of the dead with a supervillain style zombie king and queen. There’s also a random zombie-robot (blink and you’ll miss it as its head explodes in blue sparks), a menacing bad-ass zombie tiger and a rather boring zombie horse on show. There’s also a zombie kitchen sink. No I jest, but Snyder has thrown everything at this film apart from a decent screenwriter, editor or camera operator.

In a making of companion piece on Netflix Snyder tells us all about these funky lenses he used to film the movie (he was the director of photography) and admits that he was surprised more footage wasn’t out of focus. It actually helps the film, creating a sense of mystery and tension, but I can understand why some might find it annoying on a big TV. In terms of the actors, I guess Nora Arnezeder and Tig Notaro were a lot of fun, and Athena Perample was great as the zombie queen, but most others were pretty forgettable. One of the gang gets bit but doesn’t notice until the film is more or less over, to set up a sequel. So original…

The Witcher: Nightmare of the Wolf (2021) is a Castlevania style animated movie which seems to have been put out by Netflix to keep Witcher fans happy ahead of Season 2 of the TV show. It doesn’t have much to offer for anyone who has seen the show, read the books or played the games, beyond a heap of the same stuff that they like – magic, monsters, attitude and swordfights.

I’d actually recommend it highly to anyone thinking of watching The Witcher for the first time, since it provides an insight into the gruelling process that turns boys into Witchers and briefly introduces Geralt of Rivia.

Shaun the Sheep Movie (2015) is a fun stop-motion animation from the creators of Chicken Run and Wallace & Gromit. Once the dynamic of the TV show is established for those who haven’t seen it the farmer is soon put to sleep by counting sheep and is tucked into bed in his caravan. Unfortunately in a scene reminiscent of Last of the Summer Wine the caravan rolls off and ends up crashing into a London street where the farmer gets a knock on the head and loses his memory. it’s then up to Shaun and pals to find him and get him home, while avoiding the pest control agent who is a facsimile of the dog catcher in The Lady and the Tramp.

It’s a kids film with some great attention to detail and a bit of fun for the parents watching. Siggy and I watched it in two sittings accompanied by some beer and snacks, and enjoyed it for what it was.

Ponyo (2008) is a fun Studio Gibli anime which takes The Little Mermaid story and weaves it into something really distinctively ‘Gibli’ i.e. imagination, funny and dreamlike with a hint of darkness. I watched the English dubbed version and recognised Liam Neeson’s distinctive voice as Ponyo’s strict father Fujimoto but failed completely to recognise Cate Blanchett or Matt Damon also in the voice-over cast.

Ponyo is supposed to look like a goldfish at the start of the film before she magically transforms into a small girl. She looks nothing like a fish at any point, but the film is just pure fun. My favourite scenes are where she is running along the top of magically huge waves/fish alongside the boy and his mum in there little Japanese car on a costal road. I really loved this film. But that’s no surprise because there isn’t a Studio Gibli film I haven’t loved or been genuinely touched by.

Choke (2008) is a dark comedy film I thought I had not seen before. It’s about a sex-addict conman (Sam Rockwell) looking after his hospital bound mother (Anjelica Huston) and it didn’t take me long to realise that I had seen it. I think I was two pairs of boobs and a historical re-enactment village into proceedings when I realised. What I didn’t realise was that it was based on a book by Fight Club author Chuck Palahniuk and luckily it wasn’t until almost the end of the film when I recalled that the lovely female doctor (Kelly Macdonald) treating the dying mother is actually a mentally ill patient. I resisted the urge to blurt it out to Siggy. Maybe that’s why I’m dropping spoilers all over this post instead.

Christ! Be careful putting ‘choke’ into the internet. There’s some weird shit out there. Anyhoo, I enjoyed the film a second time around and I just wish I could remember when I saw it originally. Sometime after 2008 I guess.

Star Wars: The Empire Strikes Back (Episode V) (1980) was another step in my reverse SW marathon. It’s my favourite movie in the original trilogy and looked lovely in 4K. I’m not going to say much more than that about it. Maybe someday I’ll do some dedicated posts for the three trilogies old and new, but not today. This post is already in the ‘TLDR’ danger zone and I genuinely have nothing original to say about the film. I love it. Simples.

Star Wars: A New Hope (Episode IV) (1977) the film that started it all was obviously the next step in my reverse SW marathon. There was a fly missing in this version as well as various other subtle edits for the Disney+ version. I watched a YouTube video about all the changes, it’s kind of interesting if you are a total SW nerd. I am. So it was.

What I got out of this backwards rewatch was just how many blatant inconsistencies there are not only between the original trilogy and the prequel trilogy (Leia saying she remembers her mother singing to her – screaming maybe – being the biggest), but also between Hope, Empire and Jedi – the biggest being the fact that the carbon scoring on the Jawa’s huge vehicle could only have been from Imperial Stormtroopers because to quote Obi Wan “only Imperial Stormtroopers are that accurate”. Horseshit! They go on to completely miss all major characters for another two films. There’s plenty of memes about this and it feels like I was the last one to notice this gaff, so I’ll move on. Nothing original to say as I said…

Rogue One: A Star Wars Story (2016) was next on my list. Forgetting something? Me. No. Moving on… Okay so I just felt I’d seen Solo too recently for it to give me any joy as part of this marathon – but maybe I’ll crack and watch it out of sequence after Ep1. I waxed lyrical about R1 in this post, so I won’t repeat myself.

Suffice to say. I loved this film so much. Oh and they die at the end. Hehe.

Star Wars: Revenge of the Sith (Episode III) (2005) looks lovely in 4K. Lovely lovely lovely. There’s so much detail to the robots and vehicles I had not seen clearly before and the opening space battle sequence still makes me smile. This is by far my favourite film of the prequels simply because of how dark it is and how Hayden Christensen’s rather wooden demeanour actually helps you believe he has turned to the dark side of the force. He gets his legs chopped off by Obi Wan and becomes Vader. Who knew. Wow.

The script is mostly dreadful, the ending laughably rushed in tying up loose ends but I just don’t care. It’s got so much eye candy, great sound designs, epic battles and thrilling fights all is forgiven. Apart from the noise of that giant lizard Obi Wan rides to go find General Grievous, oh just the though of it makes me cringe.

Main image adapted from a photo by TRAVIS NESBITT on Unsplash