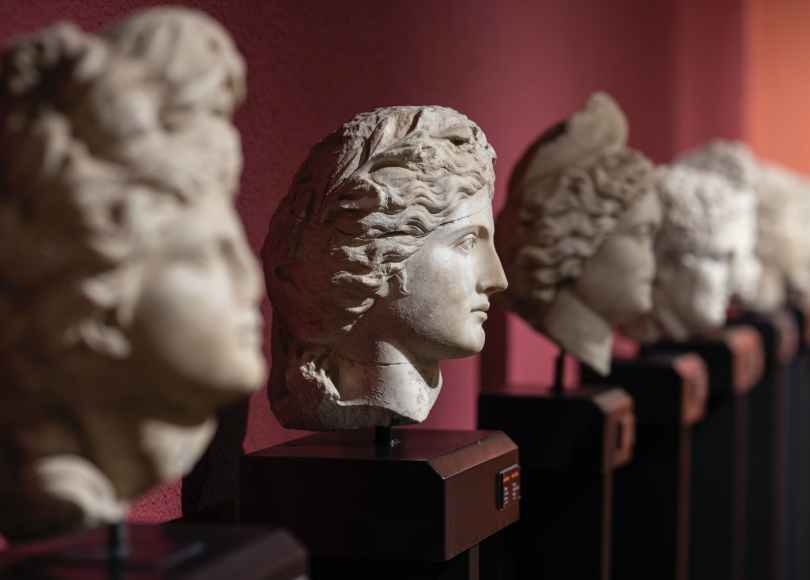 Troy is everything I had been hoping for after reading Stephen Fry’s other Greek mythology books – Mythos and Heroes. It tells the story of the face that launched a thousand ships, the siege and fall of Troy, how Achilles met his fate, about why you should be wary of Greeks bearing unexpected gifts and made sense of Homer’s The Iliad which only seems to tell half the story.

I read The Iliad a year ago, spurred on by Stephen Fry’s books, which stopped frustratingly short of any Homeric content. My main takeaways from the book were how gory the story is; how much repetition there is in the wording with each Olympian or main warrior described as for example ‘the swift runner’ to help the verse scan; how often the Greek gods interact with humans and interfere with the battle despite Zeus telling them to remain impartial; and finally that there’s no ruddy mention of the Trojan Horse or the death of Achilles – although the prophesy is alluded to numerous times. I found it all rather frustrating.

The sheer amount of similar sounding names, or indeed identical names in the case of Ajax and Ajax, was also something that didn’t help my understanding, despite the excellent translation by Robert Fagles. So it was a joy to have the story retold in plainer but no less entertaining language by Stephen Fry.

Fry begins his story before The Iliad with a lot of ‘back story’ to the main players in the drama and sets some rules in terms of for example the naming of the two Ajaxs. As he did in his previous Greek mythology books, Fry makes good use of footnotes often with a dash of humour to help the reader along. The preamble prior to the meat of the Iliad’s story sets the reader up to be in a much better position to understand the motivations of just why certain kings and leaders joined the Trojan or the Greek sides in the war, and indeed why certain Olympians favoured one or the other side. It was now clear to me why it was that Aphrodite, Ares and Apollo were on one side and Hera and Artemis on the other, and also why Zeus seemed to flip-flip between the two depending on who was clutching his knee pleading for favour.

Fry also clearly demarks the point at which Homer falls silent – ‘this is where the story of The Iliad ends’ – he says in a footnote (if I remember rightly) – this had me excited because up to that point I had been enjoying the book a lot, but was surprised about how much I had remembered since reading Fagles translation. I was entering into new territory only covered by the Brad Pitt film and what we were taught in school. Sure, I knew Achilles was going to get shot with an arrow in his heel, that the Greeks would leave a huge wooden horse for the Trojans to find and that would be their downfall, but I didn’t know all the detail behind the myth, or indeed that the Amazons got involved in the battle after Hector’s funeral, or how Ajax (the big one) died, or how bad the sacking of Troy turned out to be.

Fry’s Troy was everything I had hoped for in a book and now sits on my bookshelf alongside Mythos and Heroes, Fagle’s The Iliad, Neil Gaiman’s Norse Mythology and The Mabinogion – but that’s another story.