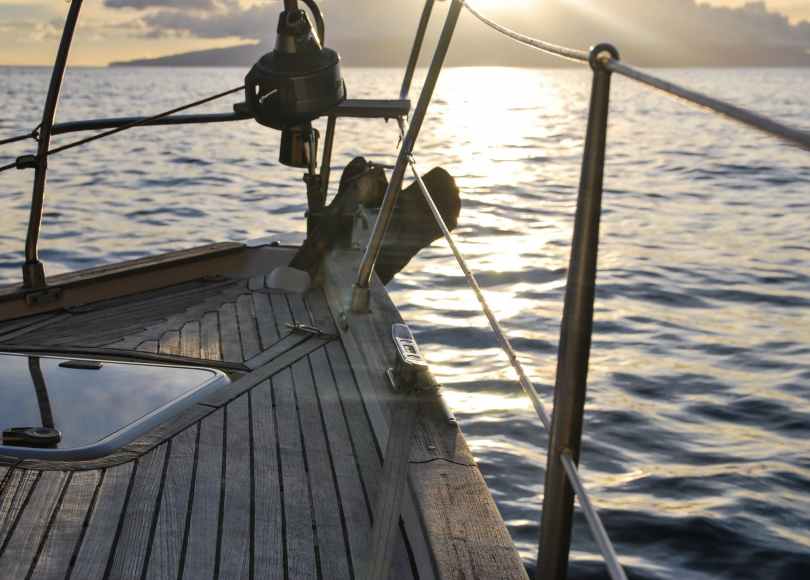 Stormchild is the fourth of Cornwell’s contemporary nautical thrillers, first published in the UK in 1991. I had a break from reading his ship-based standalone thrillers after finding Crackdown quite hard-going after enjoying his previous books Sea Lord and Wildtrack, but I’m committed to reading them all for better or worse, so plunged in. Stormchild follows widower Tim Blackburn as he searches across oceans for his daughter who has joined a terrorist environmental group. Spoilers ahoy!

He is joined for part of his journey of discovery by Jackie, a vegetarian journalist intent on writing an expose on the group who call themselves Genesis. She likes beansprouts while he likes steak, she likes yoga while he likes guns, he’s old enough to be her father, and so it’s inevitable, knowing the writer, that they’re going to fall in love at some point. There’s also his brother David, a risk-averse local vicar, who provides the voice of reason and comes between the two lovebirds for a while.

I suppose the most interesting thing about this book is Tim’s slow realisation that his daughter hasn’t so much been duped into joining the cult-like Genesis eco-warrior by their charismatic leader Caspar von Rellsteb (David Koresh wasn’t available), but that she has gone willing to cause violence and destruction on behalf of Mother Earth. Tim has not only lost his wife in a mysterious bombing at sea, but has also lost his son is an army accident, so he is driven to find his daughter and bring her back to her senses at all costs, and to find out if she had anything to do with her mother’s explosive death.

The plot is rather ludicrous with the eco-warriors holed up in Patagonia in a ramshackle community on its knees with the women reduced to slave labour at the hands of a ruling elite of which Nicole, Tim’s daughter, who we never really meet apart from a brief glimpse in the furious ‘sea battle’ in the finale of the book, is one of the main leaders. However, she’s far too busy causing mayhem around the globe in a stolen Australian catamaran to be bothered answering Tim’s please to get in touch for a heart-warming reunion, or try to and help grow vegetables to feed the community.

As with the other books in this early batch of standalone novels, a lot of the sailing jargon and descriptions of sails being put out or taken in went completely over my head and I found myself skim-reading some sections. I enjoyed the action when Tim finally got onto ‘dry land’ (although the weather in Patagonia was dreadful) and turned into a one-man daughter-rescuing army. having finished his voyage to find his daughter with his brother instead of the tasty journalist it’s no great surprise that Cornwell finds a way to force the two of them back together. So Jackie turns up unexpectedly at the community looking to finish her story and is almost raped by one of the eco-warriors before Tim comes to the rescue and she overcomes her fear of guns to provide covering fire while Tim attacks the Genesis compound.

I felt like Cornwell had been watching too many Bond films or something toward the end, but you can’t fault him for trying to make his ending as dramatic as possible. When Tim isn’t busy having a midlife crisis he’s shooting those darned eco-terrorists, busting their damn, abseiling of the side of an abandoned mine, and ramming boats with his deep-water yacht the titular Stormchild. Among all this crazy storytelling is some lovely descriptive writing about the weather and the sea, and it’s quite clear that the author himself loves the water. This love shone through in his Last Kingdom series too, and it certainly helps buoy Stormchild up when the dialogue and action veer off course into something resembling a low-budget Saturday afternoon matinee.

As a curiosity for a Cornwell fan such as me, Stormchild is worth reading, but while enjoyable in place it is not a patch on his later work, and especially the more familiar historical fiction which became his bread and butter.