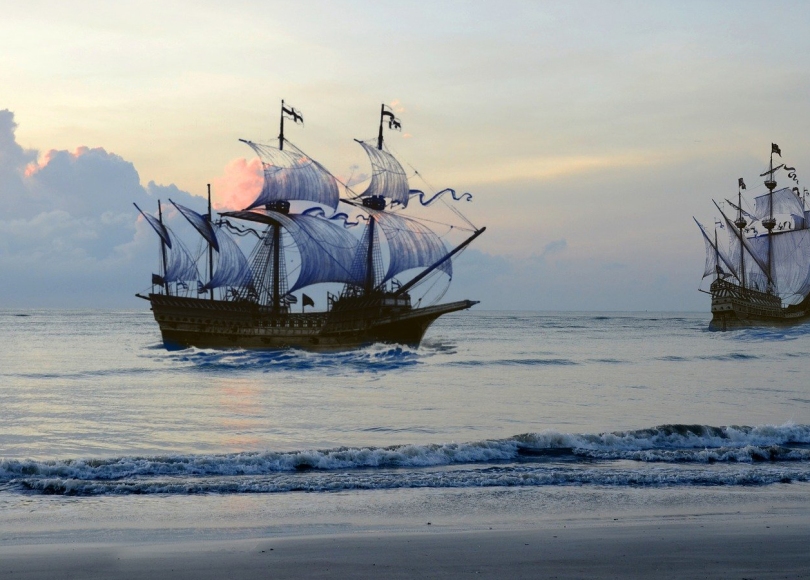 Freedom Cry is a short single-player game set 15 years after the events of Black Flag in which you play the role of Adewale, who used to be Edward Kenway’s first mate aboard pirate ship the Jackdaw in the original game. Adéwalé has moved on since the events of Black Flag; the ex-slave has trained as an assassin and soon finds himself shipwrecked off the coast of Haiti.

Over the course of around 3-9 hours of gameplay (depending on whether you choose to complete all the side activities on offer – such as harpooning sea creatures and searching for treasure) you gather a crew, kit yourself out with some fun weapons, and go on a mission to free slaves and defeat the slave-masters.

It’s essentially a side helping of Black Flag gameplay from a different character’s point of view and that’s why I left it a while before playing it – having had my fill of Black Flag and the very similar Rogue last year. While I was still waiting for the seemingly forever delayed Lego Star Wars game to finally materialise, I thought I’d give it a go.

While there’s not so much to do in this game with fewer characters and a smaller map than Black Flag, it’s still enjoyable. The subjects of slavery and racism run throughout this instalment, providing you with a very clear ambition to kill as many slavers as possible. In doing so you are freeing slaves which adds to your resistance forces (who can come to your aid during fights) and your ship’s crew (who you need for the boarding part of the sea battles). It also allows you access to nice upgrades to your weapons and pouches – allowing you to carry more ammo and ultimately to stock up on ammo for free.

The story works as a standalone tale and could be played without having ever played Black Flag. Be aware – spoilers ahoy!

After being shipwrecked, Adéwalé finds his way to the thriving coastal town of Port-au-Prince. There he discovers that Bastienne Josèphe, the madam of a local brothel, is working with the Assassins’ sworn enemies the Templars. However, Josèphe is also a sympathizer to the Maroons cause. The Maroons are a secret association of resistance fighters made up of slaves liberated from the local plantations. Maybe taking a bit of a shine to Josèphe, Adéwalé helps the Maroons hijack a ship in order to disrupt the slave trade. The cut scenes show their age, but are well voice-acted on the whole and the game was relatively bug-free.

Adéwalé uncovers a conspiracy within the French administration of Port-au-Prince. He overhears Governor Pierre de Fayet planning a secret naval expedition to gather navigational data. The French plan to sell the data to the highest bidder with the promise of naval superiority. Adéwalé helps to substitute the illiterate slaves used on the expeditionary ship’s staff with literate Maroons. The Maroons thus learn these navigational secrets for themselves.

Adéwalé plans more raids against the slavers, but Bastienne cautions against it, saying that de Fayet will harm slaves as retribution against the freedom fighters. Sure enough a French warship opens fire on a slave ship. In a claustrophobic level, Adéwalé manages to save a few slaves from the resultant fire and water combo as the ship sinks. Adéwalé swears he will kill de Fayet to avenge the deaths of the slaves he was unable to save.

In the final memory sequence of the game you have to infiltrate de Fayet’s mansion and when he tries to run away, chase him through Port-au-Prince dodging the attacks of the French soldiers. You can then corner and kill the governor. There’s a special trophy for killing him in a particular way, but I couldn’t be bothered trying to figure out quite how you could accomplish it. I’m sure there’s a video online somewhere to show you how. After killing the boss, Adéwalé returns to Bastienne, promising to leave Port-au-Prince, but pledging to continue to aid those seeking freedom from their captors.

As with Black Flag, the game is most fun when you are at sea firing your cannons and mortars at enemy vessels and then swinging on a rope like a machete-wielding Errol Flynn onto their decks and slicing up the bad guys. Sure it gets a bit repetitive, the flash grenades are still too powerful, and the gameplay isn’t as immersive as the much bigger Black Flag, but it’s not plagued by poor control layouts and the hand-to-hand and ship-based fighting is still satisfying.