Tales from the New Found Land is available for 99p in Kindle format and in paperback from Amazon. 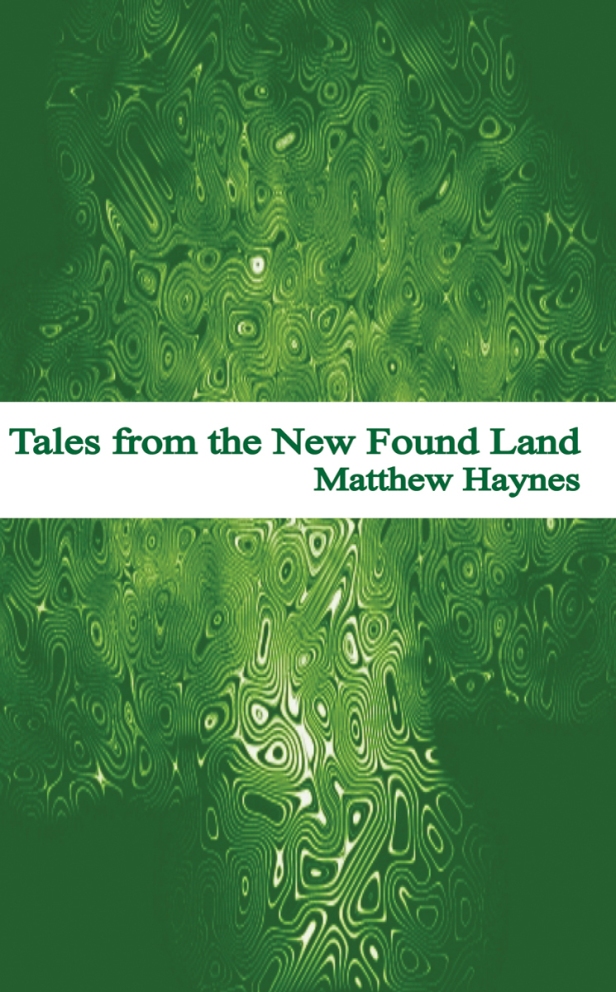 Ten strangers, ten charms, ten standing stones, all hold stories to be told –
A butcher and a hidden mage,
A harlequin jests upon a stage,
A banker and a sculpting thief,
A monk has knowledge beyond belief,
A keeper of light immortality,
A witch of fey personality,
A druid and a boy changeling,
A magpie searching for a ring,
Death with tombstones but no graves,
Dryadic pleasure addict slaves,
An errant knight with sword in hand,
These are The Tales of the New Found Land.

Although these are included in the Kindle version, I gave up trying to get them to sit right in the Amazon paperback version. So here they are. Feel free to print them out if you want to follow the squirrel-boy’s journey through the New Found Land.

Amongst other things, like most sane men with oodles of free time, I enjoy listening to music, reading, playing computer games and watching films. This book has been influenced by all four activities, although the first activity has taken a back seat on this one. For that book, read The Music.

Tempting as it was to include some choice fan-boy ‘nods’ to my influences, I recently read a book full of such contemporary cultural references and found it detracted immensely from the suspension of disbelief and the enjoyment of the story. Instead I will list my influences here.

Authors which I feel happy to list as influential for this book, and that I have read in the past or purposely read to get a ‘feel’ for writing a fantasy book, are; Neil Gaiman, without whom I would not have dared to write chapter subtitles; Gene Wolfe who has been one of the most exciting discoveries of mine in recent years (investigated after seeing a quote on the back of a Gaiman graphic novel); China Mieville without whom Iron Island would never have happened; Bernard Cornwell for showing me how to ground a book in a chosen ‘reality’ (a strange concept for me I know); George R. R. Martin for his long narrow land; William Shakespeare for his dreams, the musk roses and the snakeskin skirts; Tolkien for everything he has written, and last but not least Terry Pratchett for his humour, inventiveness and witches.

Computer games are obviously a big influence on this story. Amongst many others, those most heavily influencing the structure of this chosen reality were the Assassin’s Creed series, World of Warcraft, Diablo, Oblivion and Skyrim.

Films were less influential as a conscious input into the creative process. However there are obvious links to Tron and The Matrix. While I did want to explore the concept of a person trapped inside a game I always wanted the main character to be a fully formed AI NPC and to be mostly oblivious of his nature. From television The X Files helped with the epilogue and Dr Who showed me how the concept of compressed time could take the place of a training montage, which doesn’t work in words, and explain how the boy becomes the man.

I have discovered after a little pondering on certain plot point choices that there are also parallels to Star Wars. This was not a conscious choice, but I guess to be expected as most of the time while I was writing I was wearing (amongst other things!) a Star Wars tee-shirt and/or Star Wars socks.

Returning to music momentarily, I do remember listening to Wolf Mother, Iron Maiden and Queen II and thinking that I wanted to write a book that when read would make me feel the same way as I did when listening to that music. I am not sure at all if this feeling has been conveyed into the text and whether in fact it can be.

This book is intended as a sequel to Muta and so a distant prequel to The Music. I tentatively envisage two more books bridging the gap between this one and The Music to make a series. I have made a vague promise to myself that the human Andel Zane has to be discovered in ‘the space in-between’.

Those few people who have read The Magpie Diaries will know that Rose and Magimus (aka Mr Magpie) are characters from that trilogy. The assumption is that the Bibliothèque Nationale du Québec in the future holds an electronic interactive copy of The Magpie Diaries. I would like to somehow blame Stephen King’s Dark Tower series for making me even consider such a silly plot point.

The cover is something I did in Paint.NET using various images filters on a photograph of a tree I had taken in Bradgate Park. The pixelation effect is deliberate to visually reference a computer generated world.