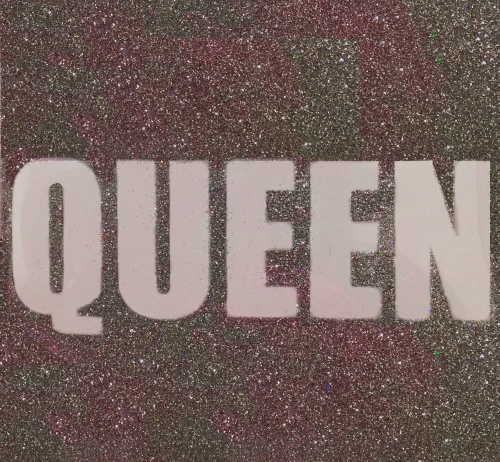 I bought A Night at the Opera on vinyl for £4 from the same record shop in Rhyl that I got Sheer Heart Attack from, a long time before I bought it on CD.

“Death On Two Legs (Dedicated to….)” is dedicated to Queen’s ex-manager, Norman Sheffield, who allegedly abused his role as their manager from 1972 to 1975. The extent to which this is actually true is still a matter of some debate, but there’s no doubt that the lyrics and the delivery of the lyrics by Freddie are extremely vindictive towards Sheffield. “Flick of the wrist” on the previous album has a similar vibe but isn’t quite so blatantly aggressive. The intro is the musical equivalent of a shark attack and the tune is relentless while Freddie is vitriolic.

“Lazing on a Sunday Afternoon” is the grandfather of Craig David’s “7 Days” in which Freddie details an ordinary week for him e.g. bicycling on every Wednesday evening (a theme they’ll come back to on a later album). The vocals are very distinctive on this track having been recorded using a microphone placed under a tin bucket.

“I’m in Love with My Car” is a great Roger Taylor number with some rather silly lyrics. He got a place of his own in the last song he sang, so I guess the next logical step was to get a motor – an Alfa Romeo as it happens. Taylor was inspired by ‘boy racer’ Jonathan Harris, a Queen roadie who was besotted by his Triumph TR4.

“You’re My Best Friend” is another Deacon composition and the first Queen single he wrote. He plays the electronic piano and bass on the track – it’s as close as Queen would get to a synthesizer for years (they proudly advertised the fact ‘No Synths!’ on a lot of their albums) and Freddie hated the sound of it.

I have had a troubled relationship with this track for some time, but recently I have kind of warmed to it. I guess you have to find someone that it actually applies to before you can relate to it. So it gets skipped a little less often than it used to but remains the least played track on their Greatest Hits.

For me “‘39” is a bad case of not listening to the lyrics properly. What an absolute revelation it is to me now having learned from the interweb that this song isn’t about American settlers like I supposed but about twenty space explorers finding a new planet and then coming back to report their finding only to discover that the Earth is knackered and a hundred years have gone by due to timey wimey wibbly wobbly relativity so at least one generation is dead and gone. The lyric ‘your mother’s eyes, from your eyes, cry to me,’ suddenly make sense.

Oddly I was just saying to Siggy the other day when I was playing this (after forcing her to listen to “The Prophet’s Song”) that I used to hate the song (I’m really not a great fan of May’s singing) but that it was growing on me and it was a bit ‘Mumford and Sons’. That was before I realised it had a sci-fi element and now of course I’m all over it like a rash! The weird backing singing in long drawn out notes makes a lot more sense now as well in a sort of classic ‘Twilight Zone’ or ‘Outer Limits’ kind of way. I’ve got the classic ‘sci-fi’ ring tone on my iPhone so I really get it now. I also read that John Deacon taught himself how to play double bass for the track so kudos to the Deaconator on that score.

“Sweet Lady” documents the troubles of being on tour and also in a relationship with ‘her indoors’ and features one of my favourite lines – ‘you call me sweet like I’m some kind of cheese!’ No surprises that it was written by serial monogamist May. Roger Taylor is quoted as saying that the drum arrangements were the most difficult he has had to play.

“Seaside Rendezvous” is a quirky honky-tonk, almost old English music hall, Pythonesque number featuring fake instruments imitated by Mercury and Taylor. The “tap dance” segment is performed by tapping the mixing desk with thimbles on their fingers. It seems like another take on the story presented in “Brighton Rock” and I roll it out when people say to me, ‘oh Queen all their songs sound the same…’ Really?

“The Prophet’s Song” is one of the last Queen tracks to have overtly Biblical references – this time to the story of Noah’s Ark. Written by May while he was ill in hospital it goes on for a good eight minutes and features some really delayed echoes on the vocals, tape loops and speed ups to name but a few clever production tricks. The cross-over of vocals ‘come here’ and ‘I hear you’ using the phonetically identical word in both lines after the ‘la la’ section is brilliant.

It’s another rocking story-telling song that works very well and showcases the talents of the band and their studio engineer.

“The Prophet’s Song” links almost seamlessly with “Love of My Life” via harp string plucking and an acoustic guitar piece. For me “Love of My Life” is one of the best tracks on the album. The lyrics are simple but exquisitely sung by Mercury. Despite the hidden meaning to “Lily of the Valley” Mercury is singing this song about his girlfriend at the time. I remember watching the Rio concert on TV in the Eighties and being mesmerised by the crowd singing the song for Freddie – I was of course singing along too, but it struck home how much of a global following the band had and watching this video again gives me a lump in my throat.

“Good Company” is a bit of a filler in my opinion. I’m not taken by the ukulele playing, the Dixieland style or May’s vocals or his lyrics. The story is written in the first person and is again, surprise surprise, a melancholy affair recounting a life lesson from a lyricist who seems far older than his years. Again there’s a little bit of Beatles vibe to the song but that doesn’t save it from simply being the song before that song.

That song being “Bohemian Rhapsody”, and wow what an impossibly brilliant mishmash of a song it is. To be frank I was obsessed with this song for years, and I guess I still am in some ways. It never ever fails to ‘get old’ for me despite my having heard it hundreds of times and it is my test track for any new music device I am considering buying or that I’m setting up (in terms of bass and treble settings). This song and “The Prophet’s Song” justify the title of the album despite it just being a reference to a Marx Brother’s film they happened to see while they were recording the album.

I guess this is one song by Queen I don’t need to write too much about as it is so well known. I remember avidly listening to a radio station’s ‘top 100 UK singles as voted by you the listener’ countdown that they were doing over a weekend across all their shows and expecting “Bohemian Rhapsody” to be somewhere near the top (and secretly hoping that it got top spot). It turns out that another favourite of mine “A Day in the Life” by The Beatles was number three, “Bohemian Rhapsody” was number two and after much confusion and anticipation the number one was revealed as “Layla” by Eric Clapton. Well you can imagine how impressed I was, and perhaps that’s the root cause of why I don’t listen to the radio very much at all these days! Radio Ga Ga indeed…

“God Save the Queen” uses a shed load of guitar layering to emulate what Jimi Hendrix’s did with the “The Star Spangled Banner”. It’s a live favourite but usually gets skipped by me more often than not. It’s a fitting end to a classic album, but of little interest to me. I also thought that May looked like an enormous tit when he played it on top of the roof of Buckingham Palace for the Golden Jubilee despite some excellent shredding.