Ann’s Bakery has stood on Mary Street since 1974 and along with the cake store at the front has a restaurant that sells sandwiches, soup and hot meals. There’s lots of seating on the ground floor and on the upper floor where the toilets are also located.

Siggy and I visited the shop on a couple of occasions during our long weekend break in Dublin – on the first day for a much needed breakfast (after having to get up at about 4am to get the early Ryan Air flight over from East Midlands Airport) and on the third day for breakfast again (this time not cooked) and for afternoon cakeage. 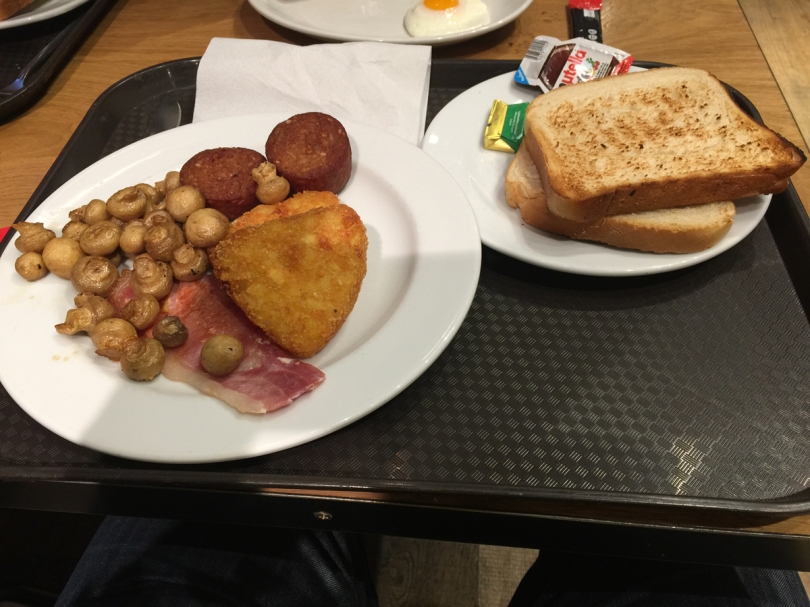 The four item breakfast turned out to be quite enough – double helpings of white pudding and hash browns, some great tasting Irish smoked back bacon – not as thick as you’d get in the middle of Ireland but just as tasty – and lots of mushrooms. Siggy had something silly like a fried egg and a sausage. The butter, jams and nutella were all gratis if you had toast and the tea was piping hot and, like everywhere we visited, served with big mugs not namby pamby English tea cups.

Here’s some photos of cakes Siggy took while my back was turned: 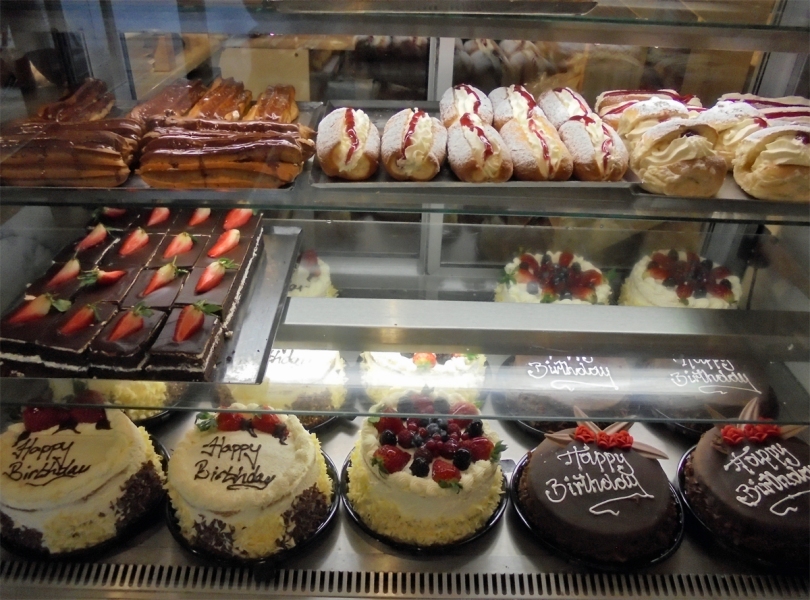 On our second visit we had croissants and tea: 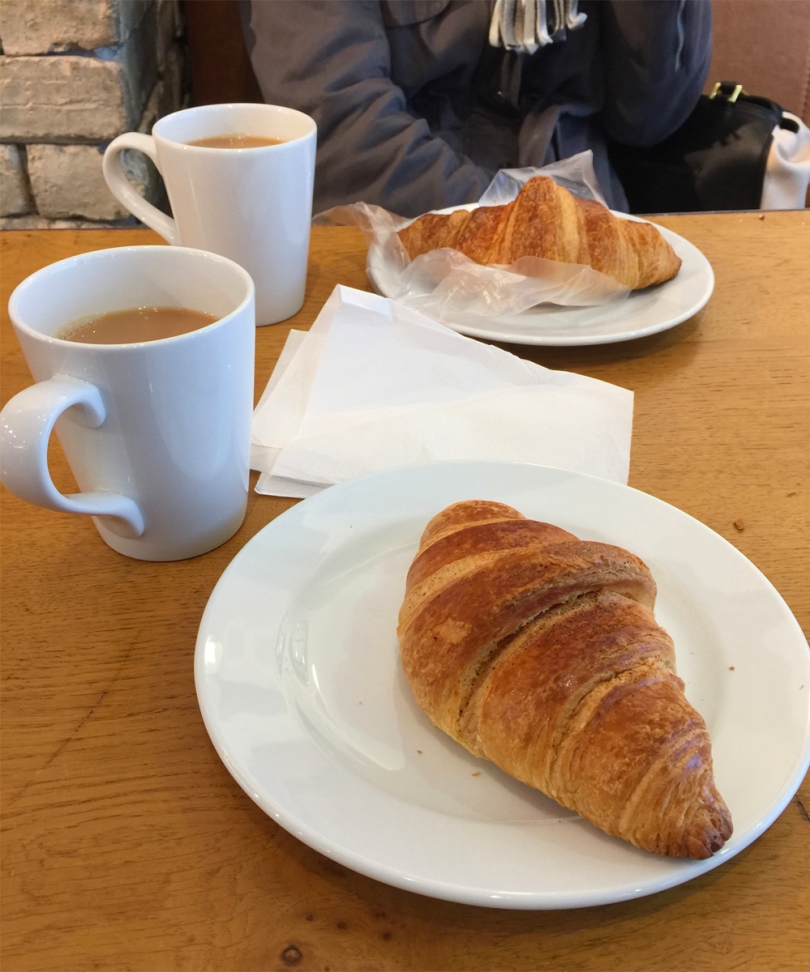 We were sat by the door on that occasion and despite the heater above the entrance it was a bit nippy around our legs. To be honest the croissants were a bit dry and not as buttery as I might have liked. That’s why I also bought a chocolate eclair (as featured on the main image for this post).

On the same day we couldn’t resist popping back in for a couple of cream doughnuts:

These cream donuts were excellent and generously filled.

Overall I’d say that Ann’s Bakery was a good place to pop in to get some reasonably priced food and many others must think the same as every time we visited it was very busy.