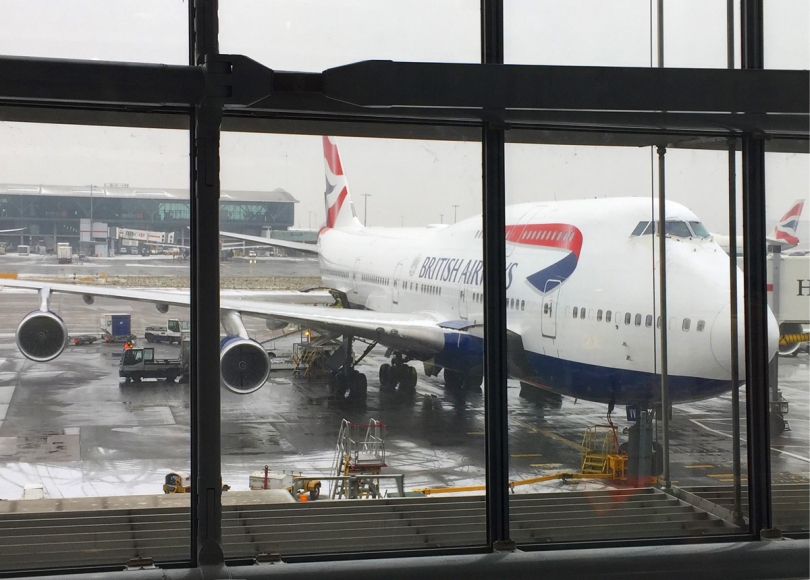 Having just had a nightmare travel experience trying to get back home from Norway, I had hours and hours to think about whether it was my worst experience and I came to the conclusion that it wasn’t. Let me over share in reverse order.

A year or so ago, I was at Heathrow. I had booked on what I thought was a useful afternoon flight over the Oslo. Only this flight got delayed, and delayed and then got cancelled for no apparent reason. As I recall the flight I was supposed to be on was supposed to take off at around 17:30, so I arrived to the airport at around 15:00. When I realised it had been delayed until 19:00 (I think), I decided to get some food. I recall having a very nice pad thai noodles at Wagamama. Terminal 5 was as usual very busy and so I went off to a gate with no flights and sat quietly, reading a book and now and again checking the departures board. When it got to around 19:30, I think, we were told the flight had been cancelled.

At this point I decided not to panic. This kind of thing must happen all the time and just because it had never happened to me that was no reason for a meltdown. So I found the queue of disgruntled passengers in line at the BA service desk to find out what was jolly well going on. I don’t think BA ever really told us quite what had happened but they happily booked us on another flight set to depart at around 21:00 – again my memory is a bit fuzzy. Shit, I thought, not great but at least I’ll get there.

This flight was delayed. We didn’t board until after 21:00 and then sat on the tarmac for ages. I don’t think we took off until something like 22:30. That meant we got into Oslo airport at around 01:30 (with the one hour time difference). The problem with that is that the Flytoget airport train service stopped at midnight. I was staying at a hotel in the Fornebu area which is a good 40 minutes or so on the train.

Shit. I remember standing outside the arrivals area in the cold looking for a taxi. The taxi rank was empty. Luckily there was a SAS coach that was taking passengers from the delayed BA flight – at a price. I didn’t have a choice. I had a number for a taxi company but when I called it there was an automated answer in Norwegian. I don’t speak Norwegian. I have an app now on my phone but even that’s only good for the centre of Oslo.

The coach was only taking people into Oslo city centre, not Fornebu. So I got off at the central train station in the hope that there would be some taxis there. There were and so I got a ride to my hotel at Fornebu. I arrived at around 2:30 in the morning and was greeted by a grinning guy on reception who thought it was hilarious that I was so late. I didn’t.

This was a few days ago and in the opposite direction. Again with a BA flight to Heathrow. This time the weather was bad all across Europe. Storm Emma a.k.a. The Beast from the East was dropping tonnes of snow and temperatures far and wide – from Rome to Runcorn. Our flight, supposedly at around 20:10 was reported as delayed one hour while we were on the Flytoget to the airport. I was with two colleagues from work and we decided to get something for dinner at the airport. I had a bowl of nice spicy chicken wings at an Irish themed sports bar.

We wandered over to the gate and then chilled out while the flight time slipped another half an hour. By around 21:45 or thereabouts it was announced that the flight was ‘delayed indefinitely’ – this was to be the only audible announcement would-be passengers got for another couple of hours. The time randomly slipped now and again leading up to midnight. No water was provided because, as the unhelpful BA man said, ‘everywhere’s shut’. He told us we could use the water fountain or use the taps in the toilets. Nice.

This prompted a flurry of twitter posts to BA complaining about how we were being treated. Very poorly was the consensus. It was the next day by the time BA decided to cancel the flight. We could see the engineers tinkering about with one of the engines. Perhaps the cold weather had done something to it. Anyway they couldn’t get it fixed for us.

Then we were told to go to pick up any luggage from a certain carousel and go to departures to find out about hotel rooms and return flights. We went and queued up at the wrong place for a while until a further announcement told us to go through customs and go to the check-in desks upstairs. We queued again. A colleague rang our travel company and managed to get the last three seats on a 07:30 flight. BA were offering seats on a 13:30 flight, but we didn’t get as far as the desk to tell them what we thought of that idea. My other colleague used Google maps to find hotels in the vicinity of the airport and after two failed attempts got us some rooms at a hotel ten minutes drive away.

We then rushed out to the taxi rank and thankfully there were quite a few taxis around. I had visions of an empty rank again like experience #3. The hotel was quite a nice place but got to our rooms at around 2:30 and needed to be in reception by 5:30 to catch a hotel shuttle bus (not free) to the airport. I got about two-and-a-half hours sleep, showered, put my undies on inside out and proceeded down to the lobby. Breakfast was already being served so I put some cornflakes and a bit of bread covered in Nutella down my confused gullet. Luckily there were no further complications with the flight home, but of course it was totally booked and i had a lousy middle seat with no chance of catching up on my sleep.

And finally, holding at number one is a legendary return flight on GermanWings from Hamburg in mid-February a few years ago. Another ill-fated work trip.

I had already missed spending Valentine’s Day with Siggy so I wasn’t in the best of moods. The flight took off without any issues apart from one of the passengers a few seats away from me being a really nervous flyer and crying when we took off. It was when we were close to the UK that things got a bit choppy. A bit of turbulence and an announcement from the captain that we would be waiting to land as high winds were causing some delays.

High winds. More like the worst storm the South of England had seen in some years. The plane was getting tossed around like a kite and as we came in for our first attempt at landing I swear I saw the tarmac of the landing strip parallel to my window at one point. The nervous passenger had by this point gone into full panic mode and was wailing her lungs out. I felt panic rising in my guts. The pilot pulled up at what felt like the last second and the engines roared a full throttle to pull us back up into the sky.

The second attempt was no better. By this point I was wondering if I was going to (a) throw up and/or (b) die in the first major plane crash on British soil for however many years. The engines sounded like they were struggling with the unusual pockets of air and then kicked into overdrive to pull us up again. I realised my legs were shaking and I gripped my knees to stop them knocking together.

The third attempt wasn’t really an attempt. I think the pilot had received a telepathic message from all the praying passengers not to try again. There were a few people crying and others muttering under their breath. I was thinking of Siggy and how I wanted to get back home to see her. When the captain announced that we were flying back to Hamburg there was a huge collective sigh of relief. We trusted that the plane had a enough fuel on board and it was only later that I wondered why we didn’t land at another airport in the UK. I guess it’s too expensive for the airline – perhaps cheaper for them to book us rooms at a hotel and fly us back the next day.

Unlike my recent experience with BA, GermanWings were super-efficient and had rooms for us in a nearby hotel and booked us onto an early flight in the morning. When we landed at Heathrow the weather was still a bit blowy but no-one complained. The nervous traveller wasn’t on the flight – she had told us that she was going to use local trains and then Eurostar to get back to London. What an awful experience for her.

The flight was the most frightening thing that has happened to me and that’s why it is number one in this list. The guy sat next to me on the flight said “This isn’t the worst flight I’ve ever been on” and then told me that he had been halfway across the Atlantic in 747 which got struck by lightning twice in a massive electrical storm. Kind of puts this into perspective I guess.