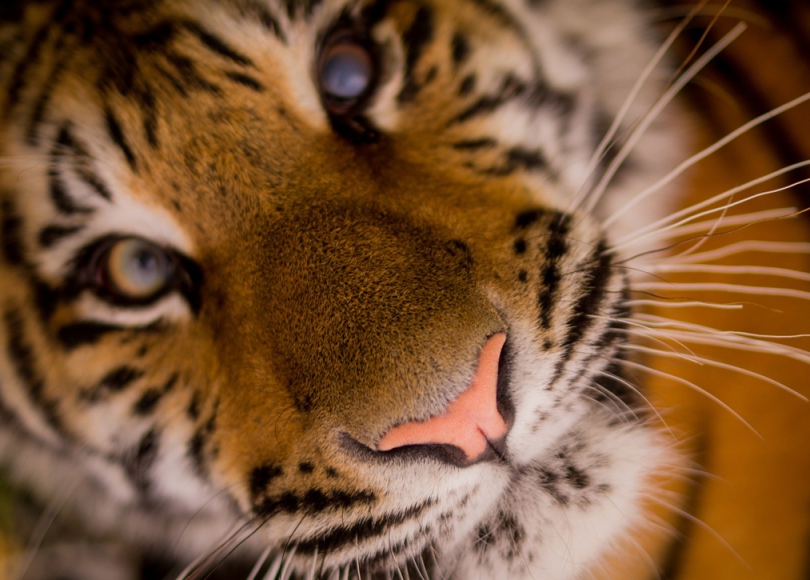 The End of the F***ing World is a dark tale of a teenage boy who is pretty sure he is a psychopath and who, after punching his dad in the face and stealing his car, goes on a road trip through Surrey with a girl from his class who wants to runaway from home and visit her stoner dad.  Told in eight parts it is based on a graphic novel of the same name.

Both twenty-something lead actors are playing characters who are much younger than they are, but it is not obvious. I only started looking into it because I recognised Jessica Barden as nosebleed woman from The Lobster. At the time of writing, Barden is 28 and co-star Alex Lawther (who I recognise from Black Mirror) is three-years younger.

The story has funny moments if you’re into dark comedy and moments of extreme violence. It seems inevitable that the two outsiders will eventually bond and one of the funniest moments is when Lawther’s character realises that perhaps he’s not as much as a psychopath as he thought. I can’t wait for the next season.

I Am Not Okay With This is a vaguely Stephen King inspired show from the producers of Stranger Things and the director of The End of the F***ing World, and also based on a comic book. I Am Not Okay With This has more edge and less laughs than Stranger Things but has the same connection to memorabilia of an age I’d associate with the characters’ parents rather than the teenage characters themselves.

Given the central premise of the main character, Sydney, played by Sophia Lillis (who was in the new version of It), discovering she has telekinetic powers and living in a small American town, it is far removed from gritty real world of The End of the F***ing World but feels to me more like that show than Stranger Things in it’s tone. The story is told over seven short episodes and has a coming-of-age vibe coupled with the usual American high school tropes like a bully, unrequited love and a prom.

The ‘dear diary’ style narration is a neat device which I assume is carried over from the comic and helps the story along. There’s a Carrie meets Breakfast Club vibe to the show with oddball Stanley, played by It co-star Wyatt Oleff (young Quill in Guardians of the Galaxy) being a kooky foil for Sydney’s darkness.

Tiger King has been a phenomenon. A case of good timing what with Coronavirus-related lockdowns being imposed in numerous countries when it was released. It’s a car-crash of a documentary that gets more and more outrageous episode after episode. The show makers have done a great job in editing the story together and providing revelation upon revelation to prove the old adage that there’s nowt as queer as folk but if you really want crazy then go to America.

The tagline ‘murder, mayhem and madness’ actually feels like an understatement once you’ve finished devouring the show like one of Joe Exotic’s tigers. I am sure that some of the people on the show have been misrepresented to add to the excitement but even if only half of what’s in there is true then it’s head-shakingly bonkers.

After Life starring Ricky Gervais returned for a second season on Netflix and immediately entered the Top 10 most-viewed shows on Netflix in the UK alongside Tiger King. Finely balanced between close to the knuckle comedy and pathos, After Life tells the story of Tony a journalist at a local newspaper who is grieving for his wife who died of cancer.

Fans of the previous season won’t be disappointed by season two which does a good job of telling the stories of the characters who surround Tony and, whether he realises it or not, give him a reason to continue beyond having to look after his pet dog. I don’t want to wander into spoiler territory here but judging from the ending, I don’t think there will be a third season. It’s perhaps for the best because almost every episode had me or Siggy reaching for the tissues.

Having recently finished watching the excellent Parks and Recreation in its entirety on Amazon Prime I reached out to friends online (is there any other way at the moment?) to see if there was a comedy that I hadn’t seen that was comparable. A friend recommended The Good Place on Netflix, which I had previously dismissed as I dislike anything to do with heaven and hell (it’s the atheist in me), and it’s very good.

It takes the idea of heaven and hell as the good place and the bad place and riffs on all the various comedy threads that can come out of someone who should be in the one place accidentally finding themselves in the other. The main character Eleanor Shellstrop played by Kristen Bell who voiced Anna in Disney’s Frozen also decries the fact that there’s no medium place for those of us who aren’t entirely saintly or devilish, which I found amusing.

Kristen Bell is joined by comedy veteran Ted Danson as the angel-like architect of the good place, Jameela Jamil as one of the unbelievably charitable and goodly residents along with William Jackson Harper (who was recently in the Swedish cult horror movie Midsommar), Manny Jacinto who is a new face for me and the very funny D’Arcy Carden who plays Janet the good place’s equivalent of Siri/Alexa.

There’s some talk of the show being pulled from Netflix in the US because NBC are launching their own streaming service called ‘Peacock’. I can’t see that doing that well in the UK, so I’m hoping the show will still be available in the UK for some time to come – or at least as long as it takes us to watch it!

There are also doubts over whether all the Netflix/Marvel Television shows will stay on Netflix or be the subject of some deal with Disney to pull back MCU content into Disney Plus. I am hoping there won’t be any interruption to continuity because I have also decided to start catching up with the adventures of Daredevil, Jessica Jones, Luke Cage and pals.

For the record, for anyone interested in doing the same thing, here’s the order in which the shows are supposed to be watched –

That’s over 160 long episodes. wish me luck! I might blog about them once I’ve watched a few seasons…

Image by Rudy and Peter Skitterians from Pixabay