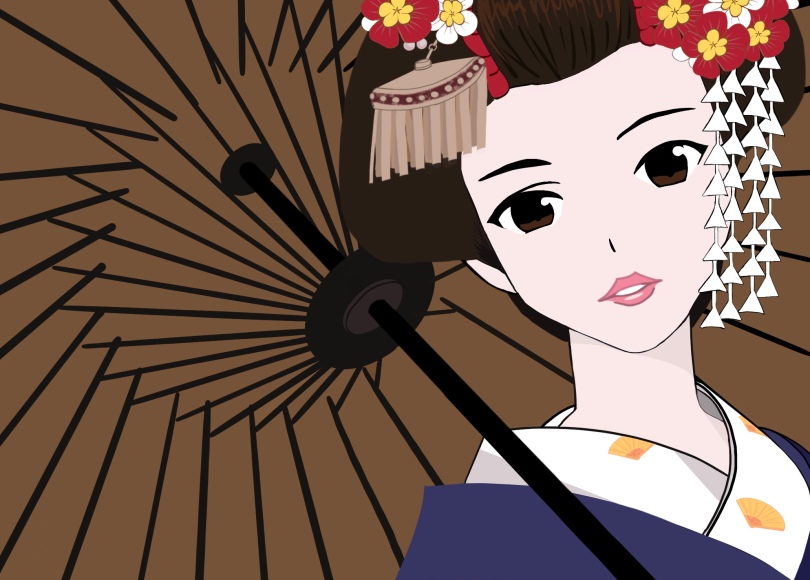 If you think there’s a typo in the title of this post then you’ve come to the wrong place. I’m writing about the drawing app available in the Apple store not anything else. One of the main reasons to treat myself to a new 12.5 Apple iPad Pro and the Pencil was to be able to draw directly onto the screen using an art app. While I was waiting for the device to arrive, I watched a lot of YouTube videos and flirted with the idea of getting Adobe Folio for a while but then due to the cost and also the fact that I’ve always been more of a sketcher than a painter I opted for Procreate. You can get it for a one-off price of around £10.

Here’s a video where I ramble through how I created a decent looking manga style image of a Japanese geisha. This wasn’t plucked from my imagination as much as drawn very closely (without sketching) from a reference image, and I freely admit I cheated on the parasol in the end:

This also happens to be the first time I’ve ever spoken on a video, so apologies for that. It’s not at all as momentous as Greta Garbo moving from silent movies to talkies, and I sound like Alan Partridge, but hey ho. Also the aspect ratio and the thumbnail are wrong, but it’s better than nothing I guess. I do some simple video production for my work, so it’s all a bit embarrassing to be honest, but I just haven’t got the time to be fannying around too much. Time to draw but no time for home videos.

So ten reasons why I love Procreate:

So here’s another video. No voiceover on this one. It’s of a drawing of my favourite Doctor, Tom Baker, based on an image off a desk calendar I got a few years ago of the (then) twelve doctors. The image was kind of black and white but with blue ink and so that’s how I started off, before I realised his scarf would be much cooler if it was in colour. I found the original publicity photo on Google and so used that as reference instead. This drawing took a lot longer than the one above and was all free-hand:

I guess with both of these images I’m skirting rules about copyright and permissions for reproduction, but my reasoning here is that both images are somewhat different to the original and drawn rather than traced. I have about twenty images on my iPad Pro of my favourite cartoon characters like Wile E. Cayote, Dangermouse, Batfink, Jamie and his magic torch and G-Force from the Battle of the Planets, for instance but I won’t show then here because they were traced and so look identical to the originals. Posting them here, I think would be artistic plagiarism.

If you have an up-to-date iPad and a passion for drawing or a desire to start drawing digital art then I strongly recommend you give Procreate a go. You will not be disappointed.