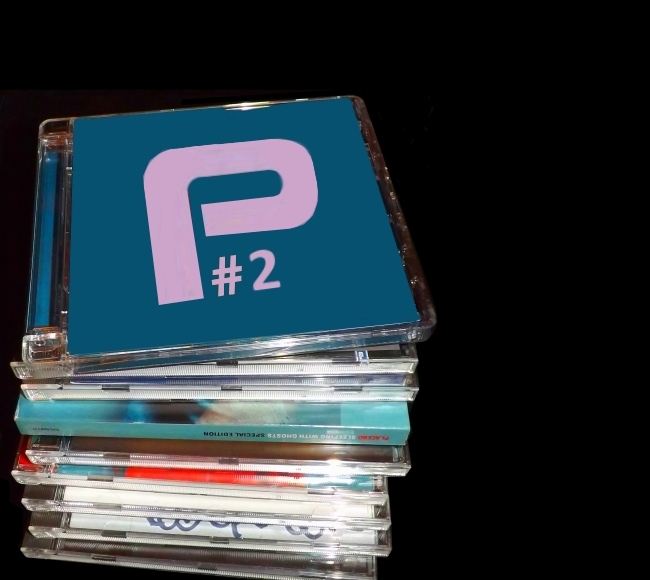 This may take some time and if you don’t like the Poppies then, as they say, it’s your hard luck.

To express how I feel about the Incredible PWEI in just one blog post would not be doing those feelings justice and so, as I am ultimately my own task master in the blunder full world of couch magpie, I’m going to tackle the Poppies (they say Grrr! By the way) in bitesize chunks.

I think I first became aware of the Poppies around the same time as I did of the eight legged groove machine that was/is The Wonder Stuff and of course history books (and the Internet) will ascertain that this is no particular coincidence. Add Neds Atomic Dustbin to the brew and you have a Midlands triptych of awesome indie power which got me through my university years relatively unscathed (with the unstoppable help of Carter) and made my choice of attire relatively simple – long-sleeved bands tops a-go-go. The difficulty was always which band to represent rather than what to don. I alternated my alternative attire but kept Doc Martins as a shoey standard (it’s only in my balding years that I slipped towards the slippers [via a brief flirtation with Nike Cortez along the way] that are Onitsuka Tigers).

Although they changed a lot over the years (like all good bands should) I think of PWEI as an intergalactic punk rock hip hop band not an indie guitar pop band. For me Dr Nightmare (the drum machine), the samples, the guitar riffs and the (to quote someone else) ‘duelling banjos’ rapping style of Graham Crabb vs. Clint Mansell are what makes the band.

Also I guess I should say that I loved all the artwork on the albums by The Designers Republic but not until This Is the Day…This Is the Hour…This Is This! where the design truly reflects the sci-fi sensibilities the band developed after Box Frenzy.

I’m going to skip an album – Now For a Feast! just didn’t cut the mustard with me and I don’t own it. I’ve listened to a few tracks on the PWEI Product Anthology (recently borrowed off a friend) which are on the album and they’re interesting as curios but not what I think of proper PWEI tracks – far too Grebo for me.

If you are unfamiliar with the terminology then please take a look at Urban Dictionary or take the OED definition – “a youth favouring heavy metal or punk rock music, and having long hair.”

The first time I heard PWEI was probably in the now sadly defunct indie club The Bistro in the seaside town they forgot to shut down that is Rhyl, and the first track I heard was probably either ‘Def Con One’ or ‘Wise Up Sucker!’ That said I think it’s wise to follow the path of least resistance and go at the CDs in chronological order of release. So without any further ado… it’s time to get ugly…

‘Grebu Guru’ opens with two samples one of which is the legendary Johnny Morris (from the TV Show ‘Animal Magic’) describing just how ugly the band are. The repeating question ‘are you aware of the razor edge on which you are living?’ is a repeating theme through the album. There’s more singing on this track than there is rapping, but the music is upbeat and more akin to stuff like M|A|R|R|S than it is to let’s say The Wonder Stuff.

‘Beaver Patrol’, a cover of the Wilde Knights 1965 song, (executed following some egging on by Bobbie Gillespie of Primal Scream), features Crabbi shouting down a megaphone and this is something that exemplifies their experimentalism. Never ones to shy away from robbing and stealing choice cuts of sonic flesh from other artists (as later songs such as ‘Def Con One’, ‘Get the girl, Kill the baddies’ and ‘Bulletproof’ will attest) they may have inadvertently set RCA up with a few law suits and influenced the birth of web sites such as www.whosampled.com to which I will be referring for the more obscure source code of some of Clint’s scavenging. Aside from its dodgy lyrics which couldn’t have been well-received in 1965 never mind 1987 ‘Beaver Patrol’ benefits from the original chorus which is as catchy as crabs and some nice guitaring, but it’s not the stand out track on the album.

‘Let’s Get Ugly’ sounds a bit like something The Beastie Boys might cook up mixed with The Wonderstuff when it gets to the chorus. It’s not great, but again loaded with samples most obvious of which is LL Cool J rapping ‘hard as hell’ which is repeated throughout.

‘U.B.L.U.D.’ is a really clever building piece and you can hear a similar repetitive vocal pattern in the much later track ‘Menofearthereaper’ on Dos Dedos Mis Amigos. The riffs are nice and the Grebo lyrics inciting a purge of hate and a call for all the love you have are cute and well-meaning – the acronym means United By Love Until Death and forms part of the lyrics. Obviously when you listen to it the Poppies aren’t dancing through the tulips, in fact there are violent undertones reminiscent of the love songs of Trent Reznor (who will have a role to play in the career of PWEI further down the razor’s edge).

‘Inside You’ is another cute love song laced with explicit sexual imagery. The Wonder Stuff did a wonderful cover version of this song on the b-side of one of the ‘Unbearable’ CD single. It reminds me a lot of my first proper sexual relationships when I was at university. There’s some attempt at proper singing which mostly works and the emphasis seems to be on the ‘pop’ bit of PWEI.

‘Evelyn’ has a great Wurlitzer style tune and is waltzing ode to a girl versus the joys of alcoholic inebriation. Nowadays, I actually know someone called Evelyn at work, and so it’s a bit weird to listen to as it conjures up her face, but obviously before that it made for a good drinking song!

‘There Is No Love Between Us Anymore’ with its big guitar riffs coupled with Nat King Cole and Righteous Brothers samples and the repeating lament ‘loves me, loves me not’ (a precursor to ‘Wise Up Sucker!’) for me make it the stand out track on the album. It is minimalist and impactful.  I confess to having played this on quite a few occasions of failed relationships – turned up to 11.

As an aside ‘There Is No Love Between Us Anymore EP’ is an eight track CD and extends the content of Box Frenzy into less well-travelled areas of the Poppies early Grebo work and some sample laden tracks that didn’t get through the quality control process for inclusion on the album.

‘She’s Surreal’ contains a wonderfully obscure T. Rex sample and one of my pet hates in the form of cowbells. Big guitar riffs and record scratching make up a little for the cow bells and the lyrics, while not as slick as later raps, are entertaining. It reminds me a little of the stuff that The Sultans of Ping came up with when lauding the more ambiguous attributes of the opposite sex.

‘Intergalactic Love Mission’ I guess contains samples of Duran Duran ‘torturing’ Barberella in the Orgasmatron in the cult sci-fi film. I’ve not seen it recently but even if it doesn’t it should. If it wasn’t for the film samples and the cutely placed one from Wham! This would be a slowly building instrumental. Perhaps somewhere along the way Lil’ Louis heard it and decided to do ‘French Kiss’ – while not the same the construction of the track to build to a ‘climax’ is obviously the same. ‘We’re here to take care of you,’ is the repetitive line while scientists call out readings from the love machine and the Art of Noise style dum dum dums continue inexorably until we’re told to ‘leave a sample in the jar please.’

The cover of Sigue Sigue Sputnik’s ‘Love Misslie F1-11’ with Eddie Cochrane’s call to ‘come on’ isn’t as good as the original which was only in the charts the previous year and for me is a confusing inclusion on the album. The drum pattern is annoying and the song never really seems to get going. There’s a lot of dicking about with samples, mixing and scratching and not a lot of real tunefulness to it. There is however a much tighter version of this track on the ‘There Is No Love Between Us Anymore EP’ which dispenses with about two minutes of dicking around.

‘Hit the Hi-Tech Groove’ depends a lot on Mel & Kim for its bassline and is basically the guys laying out their manifesto on how they’re going to approach their music (robbing, stealing or mugging) and agreeing that you don’t need respectability or integrity or ability to make pop music. It’s very tongue in cheek but actually features some half decent rap and a catchy pop chorus. I actually bought a couple of Mel & Kim singles and so it was funny to hear them in this track along with Adam Ant and Jack ‘N’ Chill.

‘Razorblade Kisses’ contains a sample from the kid’s TV show ‘Camberwick Green – Brian Cant’s voice is distinctive – and basically acts as a quick ‘closer’ for the album linking back to the album title.

Box Frenzy for me is just a signpost early on the path of discovery in the back black country that leads inevitably through space and time and alternative dimensions to City Zen, the Karmadrome and the transmission station for Radio PWEI… laters kiddies…