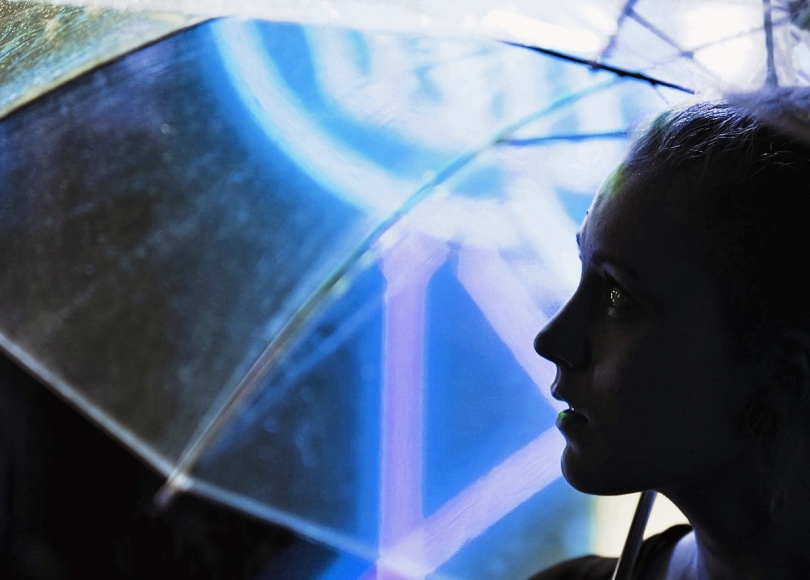 With Blade Runner 2049, director Denis Villeneuve (Arrival), who picks up where Ridley Scott left off with the original Philip K Dick inspired film in 1982, has provided die-hard fans like me with the sequel they were desperate for. Simply put, it is bloody brilliant! If you haven’t seen it stop reading this now and get yourself down the cinema. There are spoilers galore in what follows.

What follows has taken two visits to see the film and a lot of umming and ahhing to come to fruition. You see there’s plenty of reviews out there already and Blade Runner is perhaps my favourite science fiction film (if we forget about The Matrix temporarily) so I’m bound to be biased. But let’s face it, I’m damned difficult to please especially when it comes to sequels and reboots – my reaction to Star Wars Episode VII is a good case in point – so maybe I can provide some balance.

So rather than wax lyrical about the soundtrack (it’s amazeballs btw and totally in keeping with the film – unlike Dunkirk), the cinematography (schmazing) and Ryan Gosling’s performance (incrediballs) I’ll write about some stuff in the film that got me thinking about things or made me raise an eyebrow. Besides I’m quickly going to run out of superlatives if I’m not careful.

The film is full of loose ends, unresolved questions and deliberate vagueness. Making a sequel to a cult classic comes with a whole shipping container of baggage and fan expectations to fulfil or tickle. Some might say that the writers toed a safe line with their lack of commitment to resolving any of the questions generated by the originals’ loose ends or indeed new plot points within their own story.

So let’s start with the big question. Which I really thought was answered in the affirmative by Blade Runner: The Final Cut.

Is Deckard a replicant. Yes. No?

When asked by K (Ryan Gosling) why he thought Deckard (Harrison Ford) didn’t have long in this world, Gaff (Edward James Olmos) replies that ‘it was something in his eye’. This alludes to the weird pupil reflection effect for replicants in the original film and displayed a couple of times by Deckard. It could also allude to the serial numbers printed in the lower white of newer model replicants’ right eyes.

If Deckard was a replicant the story goes that he had an inbuilt limited lifespan same as the ones he was hunting. But then we know that not all replicants were created equal and if the key to reproduction was held within Rachel (that’s for sure) why not a longer life for a replicant Deckard too?

Tyrel’s successor as the two-dimensional god-complex bad guy, Wallace (Jared Leto), has the ability to test whether Deckard is a replicant and perhaps already knows but the audience is still left guessing and indeed it doesn’t help when he says something along the lines of ‘if you were designed’ implying that he hasn’t bothered to find out.

Frustrating for those fans who still haven’t made their minds up after thirty five years, but I’m happy working in a world where Deckard is a replicant as demonstrated by the unicorn memory implant and Gaff’s origami unicorn in the original.

With weird technology bearing little or no resemblance to anything we have at present (data on marbles and plastic index cards), adverts for Pan Am in both film, the humungous Atari advert in 2049, and Peugeot making anything anyone would want to drive (says an ex-Peugeot owner) the reality of Blade Runner has more in common with the science fiction writing of Philip K Dick than it does a projected reality of modern life.

There’s plenty of women in the film, but the more prominent characters are rather two-dimensional. Joi, a super-sexy holographic companion AI (Ana de Armas), a sex worker reminiscent of Daryl Hannah’s character Pris in the original (played by Black Mirror‘s Mackenzie Davis), and Luv a psychotic kick-ass yet subservient replicant assistant to Wallace (Sylvia Hoeks) who tries to make a pass at K are the worst offences. Robin Wright (House Of Cards) to my mind has the only strong role playing K’s boss and she still has time to get a bit tipsy and seem to make a pass at him.

2049 is deliberately dystopian and as we have seen recently in The Handmaid’s Tale, male screenwriters aren’t the only ones who think that a dystopia is going to be inherently sexist. Let’s face it, it’s also racist if you class replicants as a race. The huge naked advertising hologram of Joi really doesn’t help matters and got me thinking about that scene in the original film in which Deckard practically rapes Rachel (played by Sean Young in the original and by some very classy computer graphics in the sequel with the help of Loren Peta).

The film is a portrayal of a sexist future and may linger a little too long on tits and ass to get away without being labelled sexist as a film regardless of the story. I’ll move on, but here’s some more on the subject from the peeps at The Guardian.

I can’t help falling in love with you

It’s no secret that Harrison Ford didn’t get along very well with co-star Sean Young, but it seems that their characters might have been programmed to get along like a house fire. That’s of course if Deckard is a replicant.

This actually helps to support the love between Deckard and Rachel in the original despite the obvious lack on on-screen chemistry which fails to sell the attraction. Especially when the relationship gets violent. Perhaps Deckard is fighting against the feelings he has for Rachel not because she is a replicant and he usually shoots them dead but because he recognises it as programming – much like the android in one of PKD’s stories pulls out his tape and starts recutting it to reprogram himself.

It was a nice touch for Deckard to stop fighting with K so he could comment on liking the Elvis number showing in the Las Vegas club. I only noticed this on the second viewing, along with Gosling’s ear issue which I’ll come to later.

Why doesn’t Wallace figure out that Deckard’s daughter (Carla Juri) is working for him? And if Deckard really didn’t want to be found why is it so easy for K to find him once he knows to look in Las Vegas? The bad guys have had thirty years to find him – surely they might have thought of looking in the relatively nearby no man’s land and noticed some bees perhaps.

Also, while we’re on the subject of bad guys, why hasn’t Wallace got the required truth-extracting equipment on Earth, why does he need to take him off-world? And can we see off-world some time instead of it just being mentioned all the time please? At least in the film adaptation of Total Recall we actually got to go to Mars…  Deep breaths, moving on…

You’re not a beautiful and unique snowflake

Leaving the cinema yesterday it became apparent that my friends Biggles and Barol thought K was Deckard’s son. They might have just been winding me up but then again it was bothering me that Deckard has the rather unnecessary line ‘what are you to me?’.

To my mind, K isn’t anything but a bog standard replicant with a memory shared with Deckard’s daughter. He’s just trying to do the right thing in saving Deckard and taking him to see his daughter. Replicant’s aspire to be more human than human and as they also say in the film what’s more human than fighting for a cause you believe in? He is sent to kill Deckard but instead chooses to save him. that does not mean he is Deckard’s son.

Does Joi really love her Joe?

Its another ambiguity – she’s programmed to love her keeper, much like Deckard and Rachel are perhaps programmed to love each other. Joi would be a pretty rubbish product if she decided to dislike the person who had paid good money for her services.

However, it certainly elevates the drama in the event of her remote module (and only copy of her consciousness) being crushed under the boot of nasty Luv, providing extra motivation for K (a.k.a. Joe) to throttle her to near death and then totally drown her to complete (?) death in a later scene of violent revenge. Like a lot of the treatment of the replicants in the film the scene is purposefully intended to be difficult to watch.

Tyrell named his special replicant Rachel. The barren wife of Jacob in the Bible is called Rachel too and Wallace in full-on god-mode quotes Genesis 30:22 “And God heeded Rachel and opened up her womb.” Rachel’s son was called Joseph. Shortened this becomes ‘Joe’ and oh shit, we’ve leant credibility to the idea that K might actually be Deckard’s son. Especially when it’s noted that Joseph is destined to be the leader of Israel’s tribes between exile and nationhood. Does this mean K will lead the replicants in their revolution. Well no, because he’s dead right?

K’s death scene is possibly open-ended – is he perhaps just admiring the snow (because in that scene it looks real instead of fake paper stuff like in a couple of scenes) and taking a breather after a job well done? It doesn’t help that he gets stabbed a whole heap by Luv and still finds the energy to swim out to the sinking flying car and throttle her. He seems pretty indestructible throughout the film so the blood coming out of him doesn’t seem that big a deal.

Perhaps the makers want to leave the door open for a sequel starring Mr Gosling. Its hard to believe that Wallace hasn’t got more resources to try and capture Deckard again, we have never seen off-world and there’s that unresolved slave rebellion to think about.

It could be that his body sucks the blood back in. It certainly appears to do so when he’s fighting in the sinking craft – his ear, which appears bloody and mashed up in the death scene, is clean a whistle and unmashed. Or maybe it was just a gross continuity mistake they forgot to fix in post. Or Deckard smacks him in the ear on the way to his daughter’s lab for stealing the show.

Ol’ Green eyes is back

Deckard must have been winding Wallace up when he says that they’ve got the colour of Rachel’s eyes wrong. Rachel had brown eyes just like Wallace’s recreation. Just look at the cover of Final Cut and you can see they’re brown.

I’ll stop here. I will resist the urge to go on. There’s plenty of Easter Egg guides already and I’m sure 2049 will keep fans and fan sites buzzing like those bees for many years to come. That reminds me, if a tree is a rare thing (leading to the assumption that flowers in general might be rare – especially when K bags one up as evidence) and Las Vegas is a wasteland after a dirty bomb, where are the bees finding enough pollen to produce their honey? Or are they just a visual metaphor for replicant-kind?

2049 easily goes straight into my list of all time favourites because it does such an impressive job of conjuring up the look and feel of the much-beloved original despite all the blatant Sony product placement. Reprise records FFS! Hollywood is currently dining out on nostalgic remakes, reboots and sequels but for once after all the cogitation, procrastination and digestion, its managed to shit out an absolute corker of a film.

I hear Denis Villeneuve might have a pop at Dune. Very good luck to him!

Image based on a photo by Oskar Krawczyk on Unsplash