On Friday at almost precisely 10:40am, this happened in Loughborough:

For more details take a look at: Red Arrows to turn Loughborough skies red white and blue for graduation. It was cool. Who says nothing much happens in Loughborough, eh? The ‘Oh wow!’ is the voice of the person who recorded the video while I wasn’t quick enough or indeed standing in a decent location to do a recording of my own. Instead I managed to take a photo of my foot and some parched grass. Thanks for the steal!

Since I last rambled I have read Dark Matter by Blake Crouch. It’s a fun sci-fi novel exploring some of the things I could’ve written about in my book Bad Blood if I didn’t want to risk it reading a bit like Pratchett & Baxter’s Long Earth series. It’s all about the multiverse, with multiple copies of the plucky hero trying to get back to his family and a whole builder’s skip worth of science gobbledegook that I avoided by using magic mirrors instead. Definitely worth reading (both books!).

On telly I’ve binged through American Gods on Amazon. It came out last year and despite the fact I’m a big Neil Gaiman fan and I thought the book on which the TV show is based on was outstanding, it’s taken me this long to get round to watching it. I was not disappointed. Sure it features a number of tropes but Gaiman’s strong storytelling is enhanced by some good visuals and screenwriting to instantly elevate above the likes of Preacher. My only criticism, if I have to dredge one up, is that the original story when I read it reminded me a lot of Pratchett’s Small Gods and I wonder if there might have been some cross pollination of imaginations when the authors worked together on Good Omens.

Also on Amazon I started watching Mr Robot again, this time with Siggy on board. She’s enjoying it and I’m loving the anticipation of her reaction to what I know is coming and also going “oh yeah…” a lot in my head when I remember bits I’d forgotten and realise just how joined up later episodes are to these early ones.

I’ve also started watching Star Wars Rebels Season 4 – so far I’m not really feeling it. I think it’s because the Maul and Obi Wan storyline is done and dusted and I’m just not connecting with the main characters. Hopefully my interest will pick up as the season progresses to the series finale.

On a completely different, kind of Detectorists, vibe we’ve both enjoyed watching Mortimer and Whitehouse: Gone Fishing on BBC iPlayer. Starring two comedy legends Bob Mortimer and Paul Whitehouse this is a fishing show with a little bit of travel and food thrown in. Those expecting something like Coogan’s The Trip with lots of comedy impressions may be disappointed as the conversation tends to be rather melancholy and focussed on Bob’s recent heart operation. He’s mentioned the operation and the new series a bit on the Athletico Mince podcast and so it was nice to see it and learn something about the fish that live in UK waters, and it’s not all doom and gloom, there are some hilarious moments (prompting us to say ‘Oh Vic, I’ve fallen…’).

We went to Barburrito in Nottingham for lunch on Saturday. It’s not the first time we’ve been to a place like this – the burrito equivalent of a Subway – there’s a few popped up in recent years in Loughborough (e.g. Plan Burrito), but this one I have to say was better. I had a big chicken filled burrito with lime and coriander rice, beans, spicy salsa and lots of trimmings including some red chillis. Siggy had a smaller burrito with shredded pork, tomato rice, mild salsa and mushrooms. We both also had some tangy grated cheese and because it was the first time we’d visited we got a dollop of guacamole for free – it’s usually extra I’m told.

There was Mexican beer in the fridge but we opted for refillable coke (they have a good ice dispenser too). I also noticed they do a Super Green Vegan burrito if you’re that way inclined with some superfoods inside. The place was buzzing and I think it’s because it’s very reasonably priced for what you get – satisfying flavours, good service and for what amounts essentially to a fast food place a good standard of seating and atmosphere. I managed to talk myself out of getting some churros for dessert and instead opted for a slightly healthier fruit flapjack later in the afternoon.

While we were in the city we thought it rude not to visit Nottingham Contemporary, so we did. There were two exhibitions on and as usual it was rather a mixed bag. The one I’m going to gloss over was Pia Camil’s Split Wall. Hosting new and existing works, this was conceived by the Mexican artist as an immersive installation mixing fabric creations with video and sculptural denim seating. It’s her first solo exhibition in the UK, but I really wasn’t impressed. Moving on…

The Log-O-Rithmic Slide Rule: A Retrospective by Swiss architects and designers Trix + Robert Haussmann was an entirely different offering and tickled my art-chip in numerous ways the other exhibition didn’t. The retrospective, an interior designers’ wet dream, demonstrates the Haussmanns’ playful ability to mash up architecture, product design, furniture and textiles. The exhibition brings together chairs from the 1960s, through to neoclassical pillars and more recent mirrors. Here’s a bunch of cool stuff we saw: 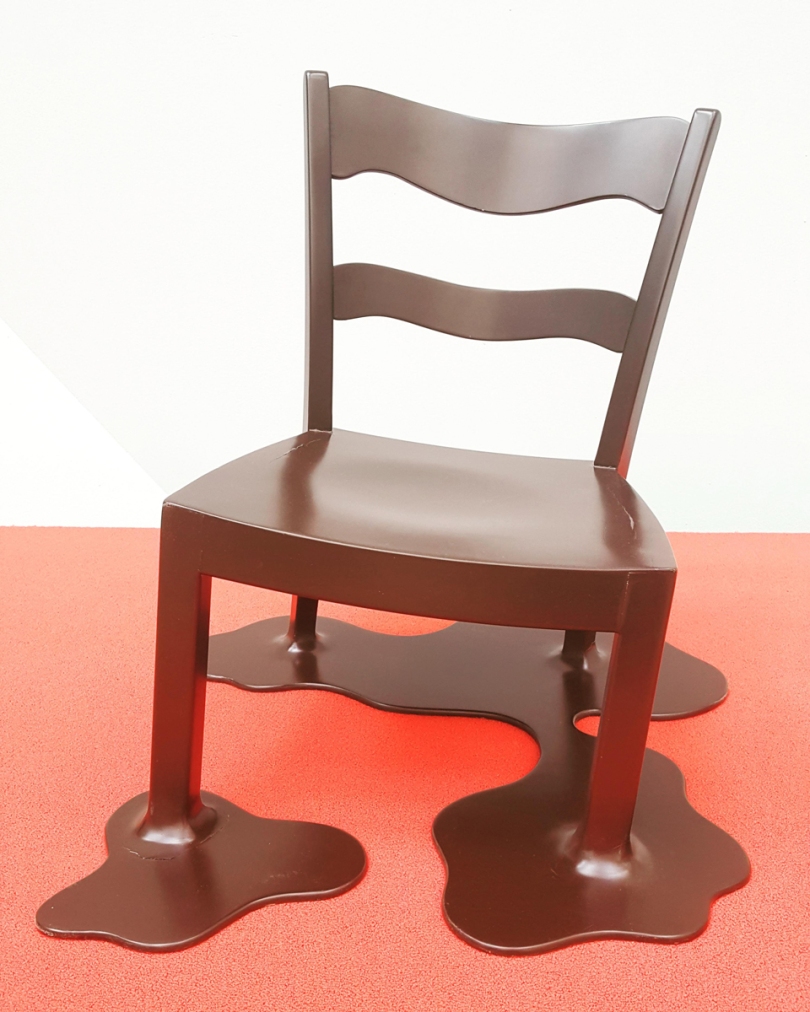 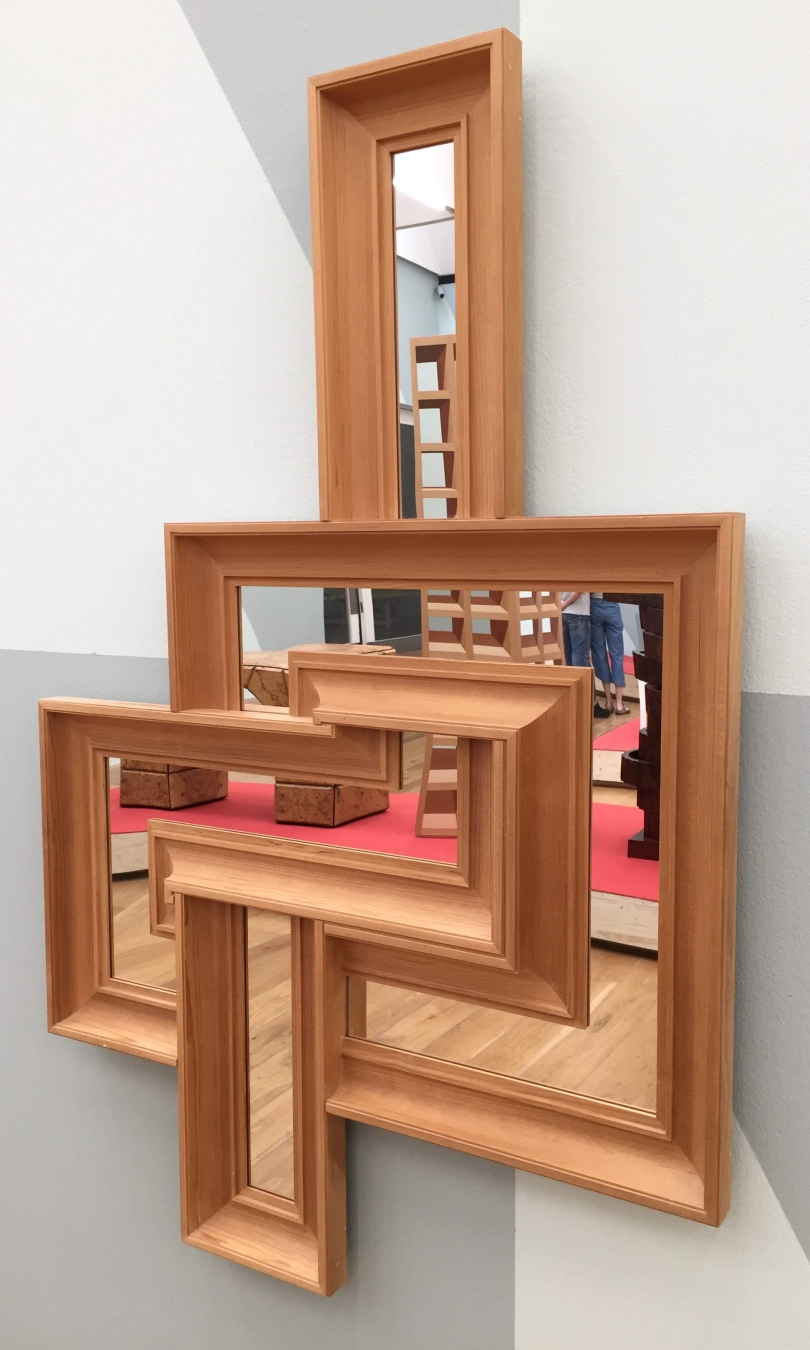 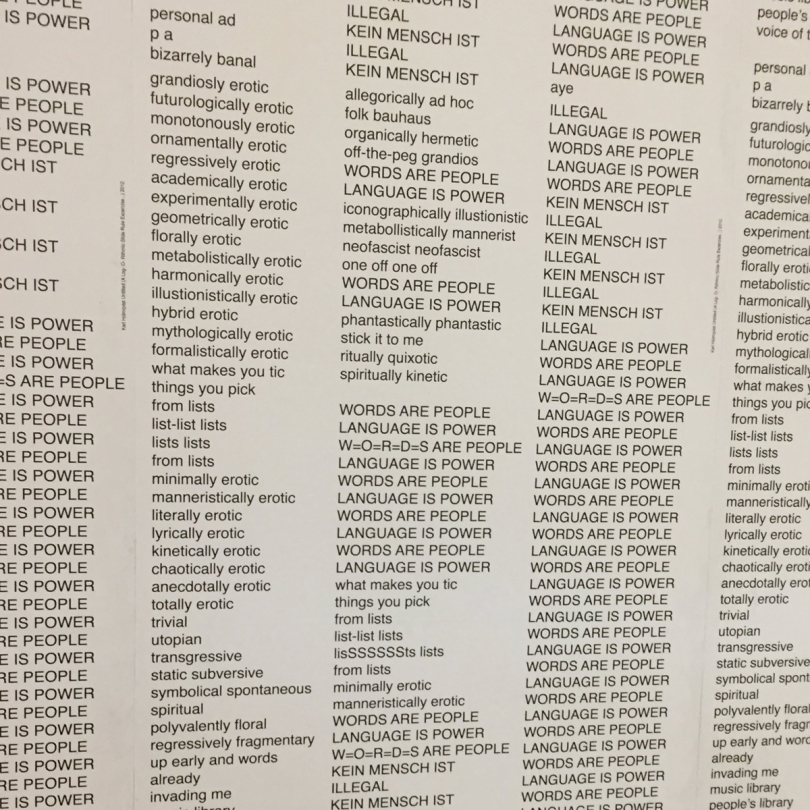 Back in Loughborough, The Grill House & Shisha Lounge serves authentic Middle Eastern (Kurdish?) food mostly revolving around grilled meats. We went there for dinner over the weekend as we wanted to try somewhere different. Since it caters for non-drinkers we weren’t able to order any alcohol and instead enjoy the milkshakes. We had a vanilla and a Snickers milkshake – so thick you could hardly suck it up the straw but so so tasty and cheap at only £3 each. To be honest I was still processing a very nice chocolate orange cocktail from Kelso so it was nice to have a break.

I had a mixed selection of grilled meats served on a sizzling platter with a big nan bread and my girlfriend enjoyed some lamb chops. Yes the food is well-cooked, but I’d rather it be barbecued into submission than be pink and worry about stomach upsets. We were served complimentary lentil soup while we waited for the stater – this was a traditional lamb stuffed flat bread which was very nice.

The pricing was very good for all this and when we asked for some tzatziki (also £3) to compliment the rather dry mains it arrived quickly and was very nice too. However, while our waitress was very friendly, the service was a bit slow. There were all sorts of interesting sounding things on the menu and I think we’ll be visiting again soon.

If I might for once blow my own trumpet, I’m currently the 25th highest ranked restaurant reviewer from the Leicester area on TripAdvisor. Woo get me, I know right? 25th… I think it’s a case of quantity not quality, as you might have gathered from what I’ve written above, but please take a look at my reviews if you’re that way inclined:  https://www.tripadvisor.co.uk/members-reviews/couchmagpie.